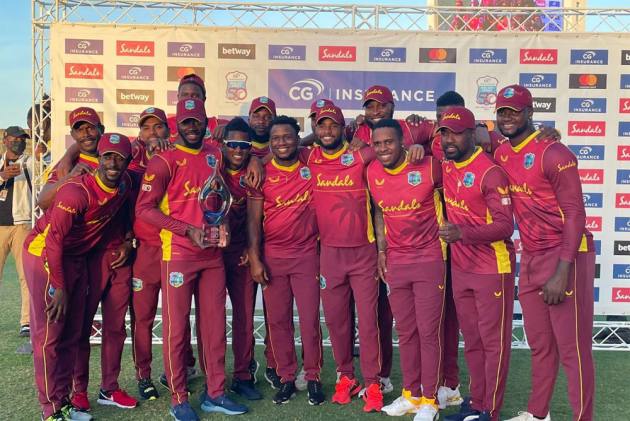 Darren Bravo's fourth one-day international century steered the West Indies to a five-wicket win over Sri Lanka and a sweep of the three-match ODI series.

Bravo was out for 102 in the 47th over when the West Indies needed only 26 runs to overhaul Sri Lanka's total of 274-6. He shared an 80-run partnership with captain Kieron Pollard, who finished 53 not out as the home side won with nine balls to spare.

Bravo earlier joined with Shai Hope in a 109-run partnership for the third wicket which put the West Indies on target to victory after the hosts had been 39-2 in the 10th over.

Captain Jason Holder ended the run chase with a six from the third ball of the 49th over as West Indies ended on 276-5.

Bravo's century was his first in an ODI since June, 2016 when he scored 102 against South Africa at Bridgetown, Barbados.

“I think today was an important day for me,” Bravo said.

“Yesterday my sister celebrated her 30th birthday. I wasn't there for her celebration so I knew I had to do something special for her. I just want dedicate this one-day hundred to her.”

Bravo had been hinting at the onset of his best form with scores of 58, 19 and 47 in the three-match Twenty20 series, which the West Indies won 2-1. He also scored 37 not out and 10 in the first two matches of the ODI series.

He emulated the performances of Hope, who made 110 to help West Indies win the first match of the series by eight wickets, and Evin Lewis, who scored 103 to help the home team win the second match by five wickets.

Bravo said he took inspiration from the innings by Hope and Lewis which have led a strong West Indies batting performance in the series, saying it gave “us the motivation to go out and do well.”

Once again, Sri Lanka lost the toss and was asked to bat first. Danushka Gunathilaka (36) and captain Dimush Karunaratne (31) got the tourists off to a solid start with a 68-run opening stand.

But the middle order couldn't capitalize on the start, and Sri Lanka slipped to 151-6 in the 32 over. Ashen Bandara and Winandu Hasaranga revived the innings with an unbroken 123-run partnership for the seventh wicket.

Bandara finished 55 not out, a watchful innings from 74 balls, while Hasaranga smashed an unbeaten 80 from 60 balls with seven fours and three sixes.

Hasaranga's maiden ODI 50 came from 48 balls and he struck the next 30 runs from only 12 deliveries.

The teams meet in a two-match test series starting at the same venue next weekend.