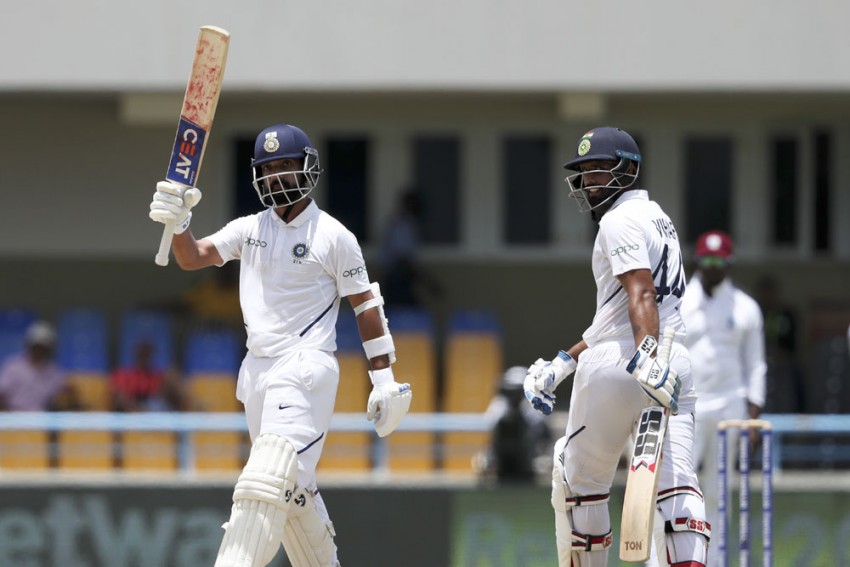 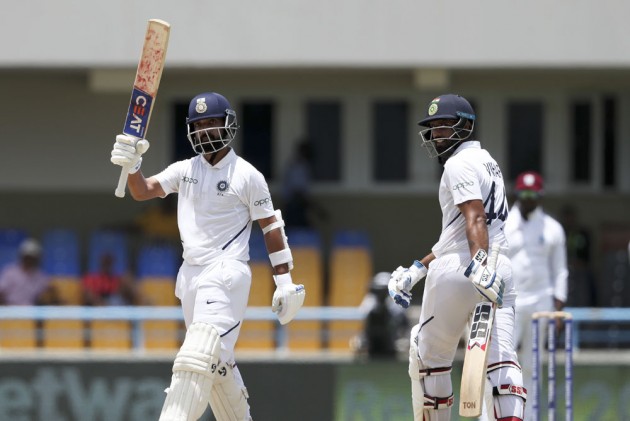 Former India batsman VVS Laxman has said that Test deputy Ajinkya Rahane's reaction after scoring a century in the first Test of the series against West Indies in Antigua showed just how much it meant to him. It was a century after 17 Tests for the middle-order batsman.

"He must have felt some pressure after not having scored a Test hundred in more than two years. Even though he had the backing of the selectors and the team management, the vice-captain would have been desperate to leave his mark, and his reaction upon reaching three figures on Sunday showed just how much this century meant to him," Laxman wrote in his column for Times of India.

Laxman also praised the bowlers for putting up a quality show and leading India's rise to the top of world cricket. In fact, he went on to single out Jasprit Bumrah for special praise after the pacer ripped apart the Windies batting in the second essay.

"India's fast bowlers once again put on a show. Ishant was excellent throughout the game and Mohammed Shami troubled all batsmen, but the one who stood out was Jasprit Bumrah," Laxman wrote.

"I was impressed with the way Hanuma Vihari approached his task. He batted freely without taking undue risks, and has looked like he belongs in Test cricket from the time he made his debut in England last year," Laxman pointed.

Laxman also mentioned how opener K.L. Rahul did the hard yards in both the innings before losing control of his innings.

"By contrast, KL Rahul will be extremely disappointed with himself for having done all the hard work in both innings and then getting himself out," he added.