Rohit Sharma failed to make the playing XI as India thrashed West Indies by 318 runs in North Sound, Antigua on Sunday. But he donned the interviewer's hat to question Jasprit Bumrah and Ajinkya Rahane – the stars of the match 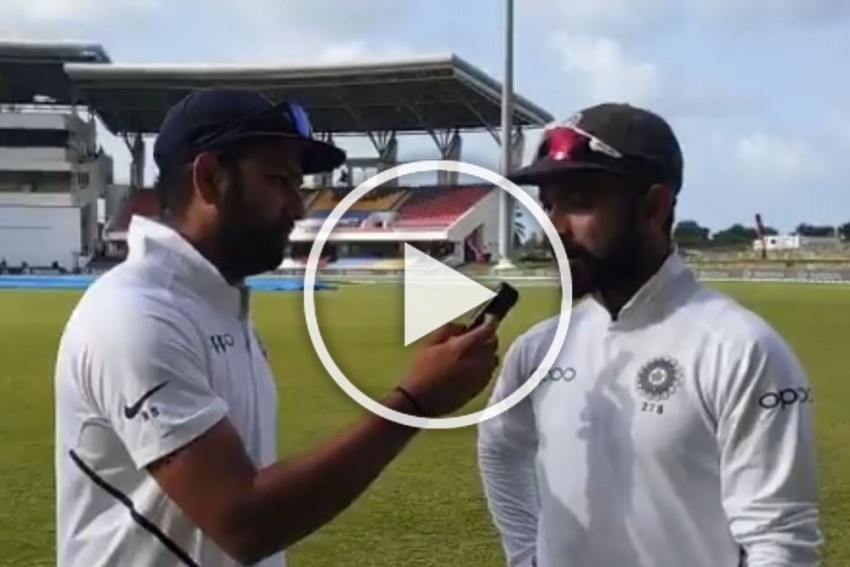 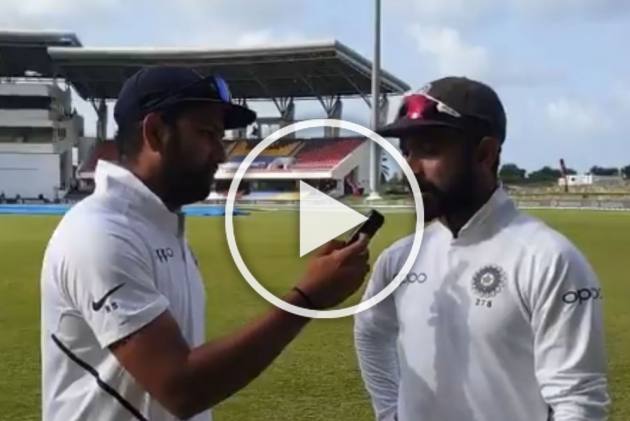 Rohit Sharma, who had to warm the bench during the first Test against West Indies, donned the interviewer's hat to question Jasprit Bumrah and Ajinkya Rahane on their efforts in the opening Test of the series. The duo played vital roles in India's emphatic 318-run victory in Antigua.

While Rahane scored a total of 183 runs in the Antigua Test, Bumrah picked up six wickets to help India kick off their World Test Championship campaign in style.

Following India's victory, Rohit interviewed Bumrah for the BCCI.TV and asked the leading pacer: "You made the ball move away from the batsman which isn't your natural tendency. We generally see you bowling from wide of the crease and make the ball come into the batsman. But today (Monday), the batsmen were getting beaten outside the off-stump. So, have you worked on that or were you just trying to take the help of breeze for movement?"

The Hitman quizzes @Jaspritbumrah93 on the judicious use of outswing & asks @ajinkyarahane88 how he managed to keep the negative vibes away. By @28anand #TeamIndia

"I always try to use out-swingers as much as possible but tried harder today because of the breeze. I had used out-swingers a lot in England so that helped my confidence. I was also mixing (deliveries) around a bit to confuse the batsmen," Bumrah replied.

"Jassi took 5/7 and it was a magical spell from him," Rohit signed off Bumrah's part of the interview.

Rohit also interviewed Rahane and asked: "There were many people saying you have not been able to perform. Do you think about what people say about you?"

"I try not to get too affected by the criticism. It's an unwanted thing which I cannot control," Rahane responded.

"Personally, you get very happy whenever you score a hundred. It was a very satisfying innings in which I had to grind a lot."

Rohit ended the conversation with the duo by saying that both Bumrah and Rahane are important members of the team and have contributed a lot towards the team. "We, as members of Team India, always try to take the team forward," he signed off.

India, with a 1-0 lead in the two-match series, will now take on West Indies in the second Test beginning August 30 in Jamaica.