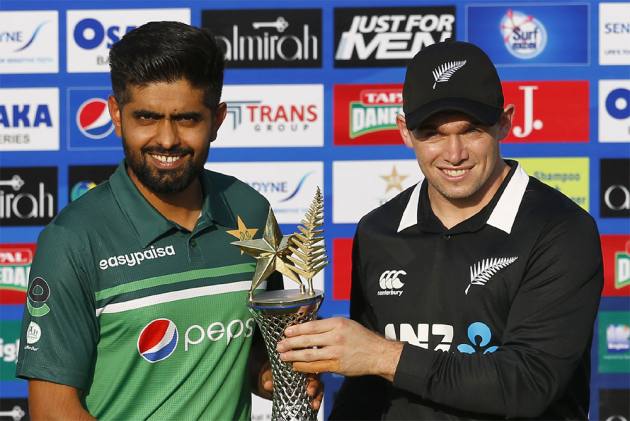 New Zealand's tour of Pakistan was supposed to be a historic series. But it ended up damaging Pakistan's image, once again. New Zealand on Friday abandoned their bilateral series minutes before the start of the first ODI at Rawalpindi, citing security concerns. As the toss for the first ODI at Rawalpindi Stadium was delayed, unconfirmed reports claimed that few New Zealand players have tested positive for COVID-19. But as it turned out, the actual reason was "an escalation in the New Zealand Government threat levels for Pakistan." It was swift and definitive. International teams have avoided touring Pakistan ever since the 2009 terror attack on the Sri Lankan cricket team in Lahore. Six members of the Sri Lankan team were injured and six Pakistani policemen and two civilians were killed in that attack. Now, England are also unsure of their scheduled tour. Catch highlights here: (MORE CRICKET NEWS)

4:13 PM IST: The New Zealand cricket board said that it 'will not comment on the details of the security threat nor the updated arrangements for the departing squad'.

3:48 PM IST: Meanwhile, it's also reported that Pakistan Prime Minister Imran Khan, the former Test captain, personally called his New Zealand counterpart Jacinda Ardern, assuring her the country has "one of the best Intelligence systems in the world and that no security threat of any kind exists for the visiting team".

3:05 PM IST: Shocker. The entire tour has been called off. According to a New Zealand Cricket release: "The side was to play Pakistan this evening in the first of three ODIs in Rawalpindi, before moving to Lahore for a five match T20 series. However, following an escalation in the New Zealand Government threat levels for Pakistan, and advice from NZC security advisors on the ground, it has been decided the BLACKCAPS will not continue with the tour. Arrangements are now being made for the team's departure."

And this is not due to COVID-19, as reported earlier.

2:38 PM IST: Toss delayed. But why, nobody seems to know. Unconfirmed reports claimed that few New Zealand cricketers have tested positive for COVID-19.