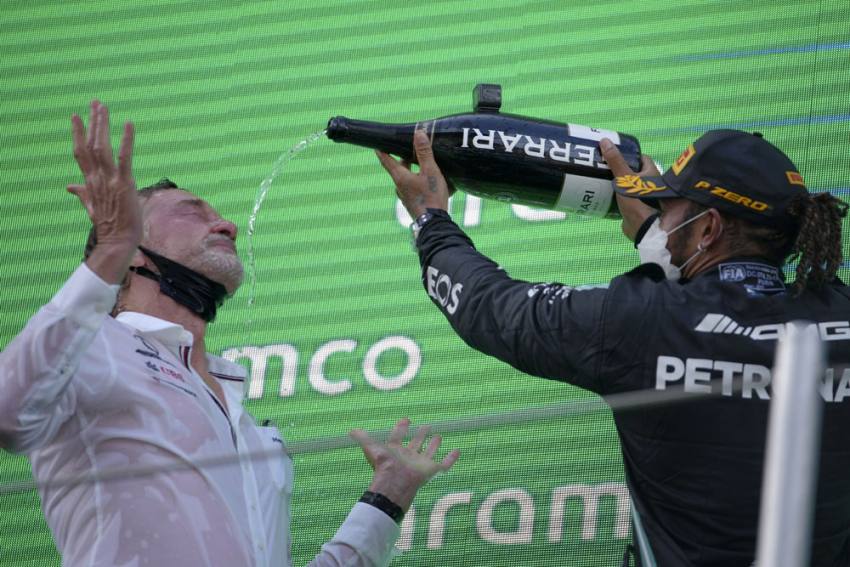 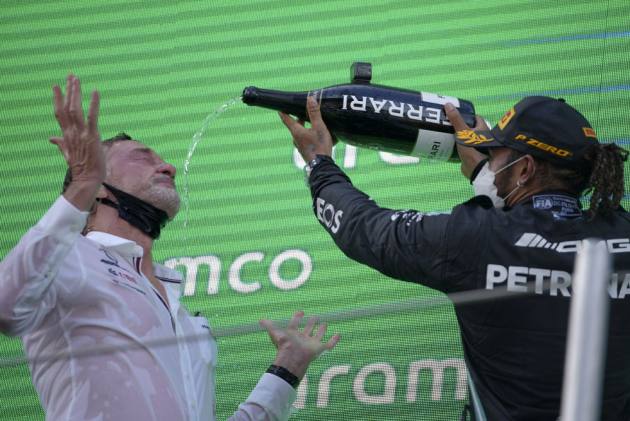 Lewis Hamilton was elated that a "good gamble" from Mercedes paid off and said his Spanish Grand Prix victory was an example of the "great trust" in the team. (More Sports News)

Hamilton extended his championship lead to 14 points with a third win in four races this season despite being passed by Max Verstappen at Turn One on the opening lap.

Verstappen led for much of the race, but had to settle for second place ahead of Valtteri Bottas after Hamilton overtook him with six laps to go at the Circuit de Barcelona-Catalunya.

Mercedes' two-stop strategy worked a treat, with Hamilton called in for a second set of medium tyres on lap 43 of 66 and returning in third place with over 20 seconds to make up on leader Verstappen.

Verstappen had only pitted once and he was reeled in by the seven-time Formula One world champion, who also had to pass Bottas before regaining the lead.

Hamilton matched Michael Schumacher's record of six Spanish Grand Prix triumphs by winning the race for a fifth consecutive season and he paid tribute to his team.

"First I want to acknowledge the fans that are here," said Hamilton. "It is great to see. I saw a British flag out there, which I haven't seen for a long, long time.

"I feel great after this. I feel like I could go again."

Hamilton added: "I was so close [behind Verstappen] for so long but just managed to keep the tyres in somehow. It was a long way to come back [after the second stop] but it was a good gamble - a really great strategy from the team.

"I was about to get a shot to get past him as I pitted. I was really conflicted - 'do I come in or ignore the call'. I did what the team asked because there is a great trust between us. Remarkable job by everyone in this team. What a day."

Verstappen knew it was only a matter of time before he was caught by Hamilton, who managed his tyres to perfection in another masterful drive that took his tally of F1 wins to 98.

"In a way I could see it coming," said the Dutchman, who secured another point by clocking the fastest lap after finally pitting again from second place with Hamilton easing to victory.

"Already at the end with the softs, he [Hamilton] was faster and when he put on the mediums, he had a lot more pace. There was not much we could've done.

"Then they went for another stop and I knew it was over because I was already struggling with the tyres and you could see every lap, he was getting closer and closer. Bit of a sitting duck.

"With the cars behind, you don't want to pit in traffic, but it makes a clear advantage when there is more pace in the car. If we would have jumped for another stop, I'm not sure we would've caught up again. I tried everything I could.

"We're not where we want to be and we still need to push hard and catch up because at the moment we are a little bit slower. But compared to last year, it has been a jump for us."