Federico Chiesa has been strongly linked with a move to Juventus, but Andrea Pirlo gave little away over potential business 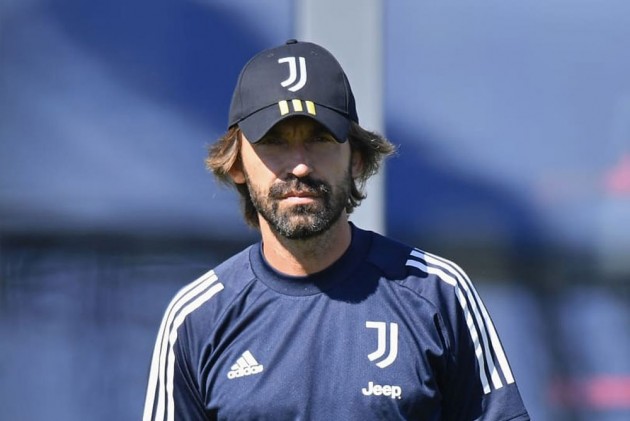 Andrea Pirlo says Juventus have "clear ideas" over the transfer business they would like to do before the window closes. (Football News)

The Serie A champions are reportedly closing in on a deal for Fiorentina winger Federico Chiesa, while several players have been linked with moves away from Turin.

Sami Khedira, Mattia De Sciglio and Douglas Costa could be on their way out, according to media speculation.

Juve head coach Pirlo says only time will tell whether there will be any new arrivals or departures before Monday's deadline.

"If anyone arrives, we will only see him on Monday evening. Fabio Paratici [Juve's sporting director] is working on it, we have clear ideas within the club," Pirlo told the media.

He added: "Khedira, De Sciglio and Douglas Costa are training like all their team-mates. At the moment, they are available to play."

@Pirlo_official: "If someone arrives, we will only see him on Monday evening. Fabio Paratici is working on it."#JuveNapoli #ForzaJuve

Pirlo revealed big-money signing Arthur could make his first start when the Bianconeri host Napoli on Sunday after Adrien Rabiot was sent off in the 2-2 draw at Roma last weekend.

"There is a possibility that Arthur will play from the start and [Juan] Cuadrado and [Gianluca] Frabotta are potential starters,” he said.

Paulo Dybala could also be promoted to the starting line-up, having been an unused substitute at Stadio Olimpico after recovering from a muscular injury.

Pirlo said: "Paulo was recovering from an injury and needed a recovery period. We will understand in the next few hours if he can start from the beginning."

Napoli have won their opening two matches in Serie A and Pirlo expects a big test against Gennaro Gattuso's side.

"I believe that Napoli, with the arrival of Gattuso, has shown a change of mentality," the former Italy international said. "They are a strong and cohesive team. But we are no different and we know what we have to do."