Sjoerd Marijne, the chief coach of the Indian women's hockey team, is leaving at a time when Hockey India should have thought about continuity. The Dutch coach's contribution for the Tokyo 2020 show cannot be denied

After braving years of ignominious existence, India's women's hockey team finally found its moment in the sun in Tokyo, winning plaudits for a brave show. Yet, their fourth place in the Tokyo Olympics showed that not all fairytales have happy endings. Nonetheless, a fascinating story has been told, which will be retold again and again until new chapters, those of success and joy, are added to it.

Reaching their maiden semis, and then coming tantalisingly close to winning an Olympic medal, Rani & Co showed that they are now ready to take on the world. As outgoing chief coach Sjoerd Marijne said, it was indeed "a beautiful way to end" the journey despite the lack of a medal.

India could have scored more, won more matches and achieved more. But during their campaign, and in every move that they had created on the pitches of Oi Hockey Stadium, a proud hockey nation witnessed the coming of age of Nabhvarna (the nickname of the women's team), who were not so long ago touted as also-rans.

READ: The Story Of Indian Hockey Teams At Tokyo Olympics

But the journey forward will be a tough one.

For a country that prides itself as the most successful hockey nation, historically at least in the Olympics, the eves were not close to world standard until a few years back. They finished last in the 12-team competition at Rio Games after returning to the Olympic fold after a gap of 36 years.

In these last five years, they have grown by leaps and bounds; and gained that fabled fighting spirit, a trait many Indian sides still lack.

Their progression to the knockouts in the Tokyo Games showcased that trait. After losing the first three pool games, and when survival was at stake, they won back-to-back games, including a stunning 1-0 victory against one of the most dominant sides, Australia. 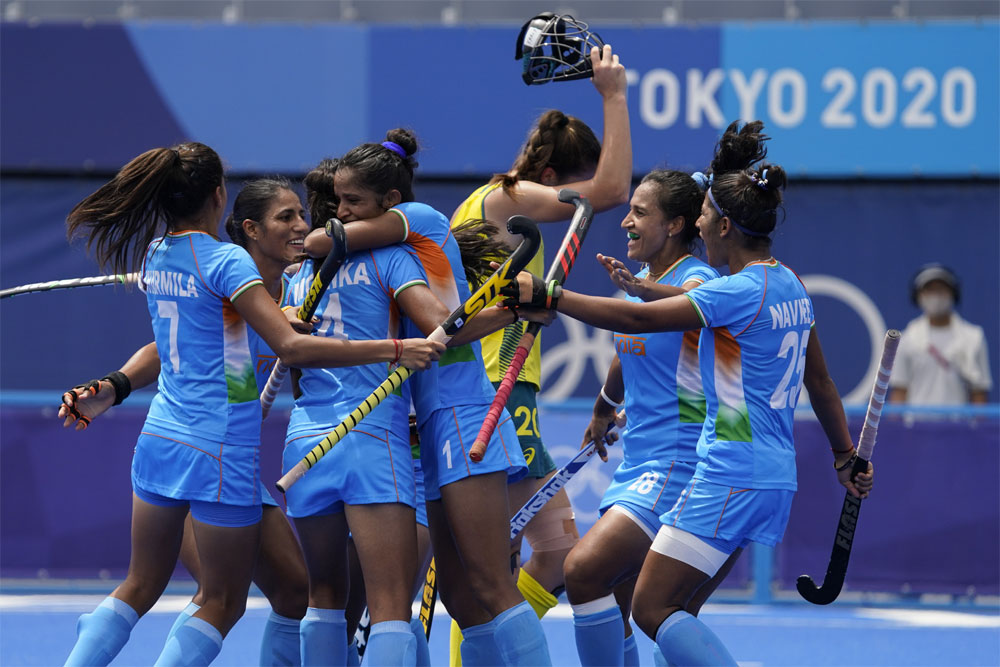 Indian players celebrate after scoring a goal against Australia in their final Pool A game. AP photo

It was followed by another fighting match against Argentina in the historic semi-final. The campaign in itself, starting from qualifiers to the bronze medal, was all about ‘fighting’.

ALSO READ: School Goalkeeper Defending Indian Hockey Like No One Else

When India barely managed to beat the visiting United States to qualify for the second successive and third Olympics by the slimmest of margins, 6-5 on aggregate (5-1; 1-4 – both played at Kalinga Stadium in Bhubaneswar), old questions about the team’s quality were raised again.

But as it turned out, the team was only taking one step at a time. Also, it’s a fact that despite sizeable monetary assistance from the government, the majority of the players in the group would have chosen any other profession rather than play hockey for their livelihood. But their love for the game and a shared belief kept them together. And they showed how to fight.

This brief journey was started in 2017 with the arrival of Sjoerd Marinje. Then a nobody in world hockey, Dutchman Marinje was surprisingly hired as the national coach at the insistence of his Dutch compatriot Reoland Oltmans, who was donning multiple hats in a rather expansive role of the High-Performance Director. But within months Marinje found himself taking charge of the high-profile men's team as chaos ensued in Indian hockey after the sacking of Oltmans.

In that role, Marijne survived one year before finally returning to his original position as the head coach of the women's team. It was a case of disdainful treatment by the powers that be in Hockey India, and the women's team became what many referred to as the dumping ground. 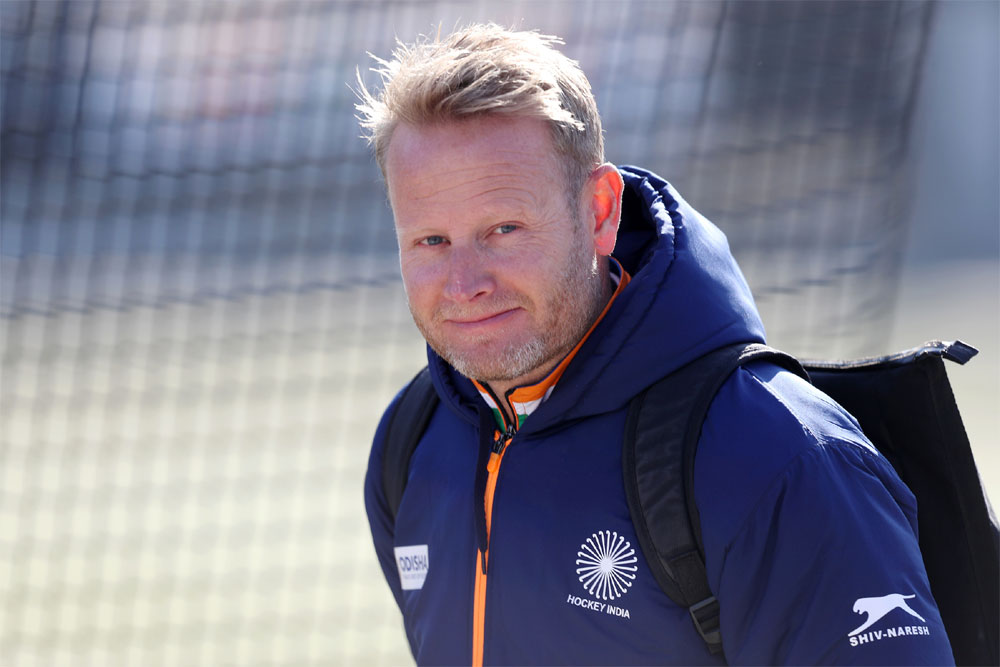 But Marijne and the girls didn't complain. It’s only fitting that the high and mighty are singing their praise today. Now, as Marijne officially announced his departure, Hockey India will remember the 47-year-old as the man who forever changed the face of women's hockey in the country.

The journey Marijne took together with a team that evidently lack self-confidence and struggling with obvious frailties -- both physically and technically -- has been a fascinating one that deserves all the praise. They have done the hard work.

As a parting gift [read: advise], Marijne once again asked Hockey India to give “more support” as the bigger and tougher challenges await Indian eves. And there are also new expectations to be met. Hockey India hates honest talks but it would be better off not throwing the baby out with the bathwater.

It will take some time to fully realise the enormity of the historic feat that Marijne and these players from diverse backgrounds have achieved in Tokyo. But champions never lose sight of the future and they hardly spent time basking in past achievements.

The next Olympic Games is only three years away. Maybe Hockey India should go all out to convince Marijne to stay. Continuity is the keyword here.

Everyone knows the Dutchman has made sacrifices for this team. He sure will want to see it reach new heights. Hockey India will need to do more than giving mere valedictory notes and a few token speeches to keep the doors open for the head coach’s return.