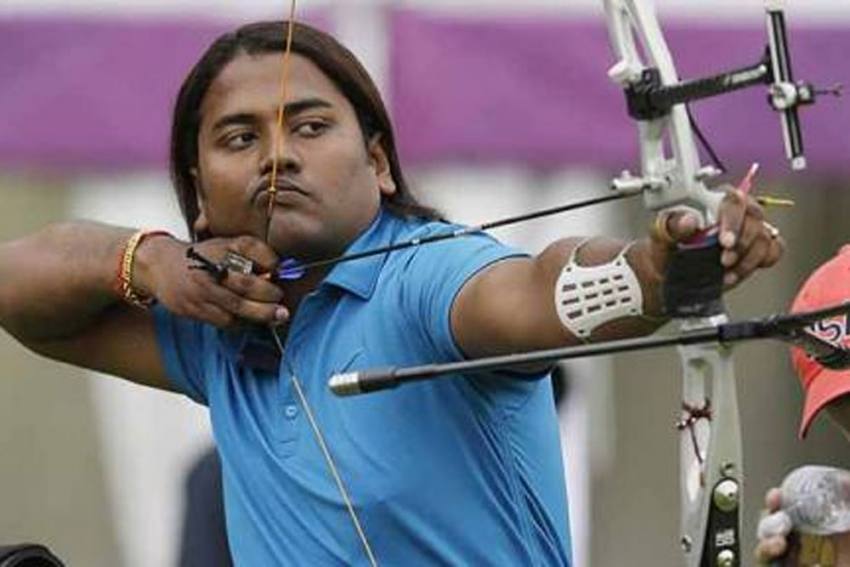 Former Olympian and World Cup gold medallist Jayanta Talukdar was being treated in an Intensive Care Unit (ICU) for low oxygen count a week after he was diagnosed with COVID-19, his father Ranjan Talukdar said. (More Sports News)

"His oxygen level had started plummeting to 92-mark so was shifted to ICU yesterday. He is doing fine with an oxygen cylinder but the level drops the moment it's removed," Talukdar senior told PTI.

He was hospitalised to the Kalapahar Covid Care Hospital on April 27, his father added.

The 35-year-old product of Tata Archery Academy had returned to his hometown about a month ago after he failed to make the cut for the Olympic-bound India team and possibly contracted the virus from his doctor wife.

He further said they live in a faraway place and they were doing fine after taking the first jab of COVID-19 vaccine.

The 2012 London Olympian had achieved his career best world number two ranking after winning back to back individual World Cup gold medals in the stage one (Porec) and stage two (Croatia) of the World Cup in 2006.

He also won an individual bronze medal at the New Delhi Commonwealth Games 2010 and was a key member of the Indian side with Rahul Banerjee, Tarundeep Rai and Mangal Singh Champia who had become world number one in the build up to the London Olympics.

Olympic-bound Shooters To Get Vaccinated Ahead Of Croatia Tour