AUS Vs IND: Steve Smith Ready To Do Whatever Is Best For Australia, Including Captaining Again 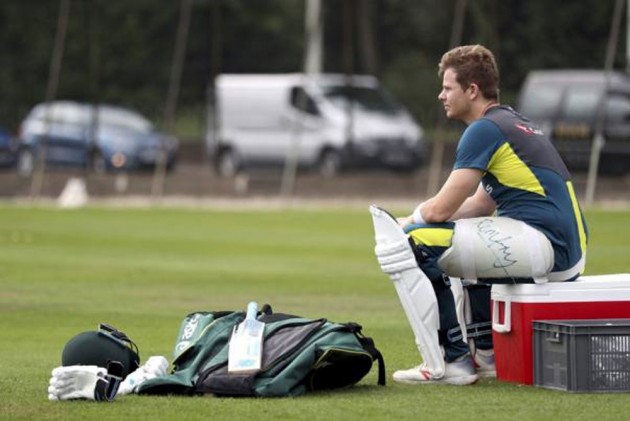 Former Australian captain Steve Smith on Thursday revealed that there have been discussions in the team about him returning to the top job again, almost three years after he had to step down owing to his role in the ball-tampering scandal.

Smith and vice-captain David Warner had resigned in the aftermath of the scandal during the Cape Town Test against South Africa in March 2018 and since then Tim Paine has been at the helm for the Test team while Aaron Finch has handled the limited-overs leadership.

"Discussions are sort of taking place. JL (coach Justin Langer) answered the question when asked about me and captaincy. There's obviously a process that needs to be done," Smith said during an online news conference here when asked about the possibility of him being captain again.

With Paine, at 36, reaching the fag end of his career, a fresh captaincy discussion has started. Smith said he is happy doing whatever is best for the team.

Smith returned to action after serving a suspension in mid 2019 but has not captained with Paine and Finch doing fine jobs in the longer and shorter formats respectively.

"I'm comfortable where I'm at right now. But as I've always said I'll do what's best for the team," he said.

Australia have named Pat Cummins as the vice-captain, while top-order batsman Marnus Labuschagne and Travis Head are seen as future leaders.

As India sealed the T20 International series in the second match, Matthew Wade was Australia's stand-in skipper in an injured Finch's absence and Australia head coach Justin Langer had said "there is a process probably to go through till he (Smith) becomes captain again."

Smith however said he's not aware of process "entirely" and sought to let it rest.

"Not entirely (aware of the process). But whenever a captain is chosen, I think he has to go through a process. I'm sure, it won't be too dissimilar. I'm not really sure.

"It's probably more of a question for someone a bit higher up. But yeah, that's all sort of said to me... And, yeah, I'll just let it rest for now and, like I said, the guys at the moment have jobs and I'm really comfortable wherever things are," he added.

Plagued by injuries, the Australian top-order is up for some experiments that may see Smith go up at No.3 in place of the immensely promising Marnus Labuschagne, who is tipped to open.

Considered a sure-shot selection for the Pink Ball series-opener on December 17, Will Pucovski stayed back in Sydney after being hit on the helmet by a Kartik Tyagi bouncer during the first warm-up game between Australia A and the touring Indians.

With reserve opener Joe Burns also struggling for runs there are talks that Usman Khawaja should fill in the spot and open with Labuschagne.

"That doesn't bother me too much. I've batted a fair bit at No.3. Three or four, any lower than four I wouldn't be happy. Yeah anywhere up there I'm fine," Smith said.

"When you're batting at No.3, sometimes you are even facing the first over of the game, that's the sort of reality of batting there. So, someone at No.3 certainly could go up the top.

"I'm not sure whether that's spoken about or not. But whoever bats wherever, they just have to do their job."

Former skipper Allan Border has called for Shaun Marsh to be recalled, while Michael Clarke wants all-rounder Cameron Green for a Test debut in the middle-order. Smith steered clear of the debate.

"That's not my job, I'll leave that to selectors. They're very good players, they're experienced, play a lot of cricket...No doubt if they were given an opportunity, they'd love it and take it with both hands," Smith said.

Smith further spoke about his concussion suffered by Pucovski, having gone through a similar experience after being hit by a Jofra Archer beamer during the last year's Ashes.

"It's just about getting over that hangover effect, going over all the protocols and getting yourself to a position where you're comfortable, firstly, to go into the nets and face some light stuff and then some bowlers and get yourself right to play out in the middle."

Smith said he has faced loads of short stuff at the nets and been hit a couple of times.

"I still face plenty of short stuff in the nets from bowlers who are bowling at a good pace. (Mitchell) Starc, (Josh) Hazlewood, (Pat) Cummins, they aren't afraid to bowl bouncers in the nets. Personally I haven't had any troubles with that (mentally)," he signed off.