Ashes, ENG Vs AUS: Honestly, I Don't Know What I Was Thinking – Jofra Archer After Steve Smith Injury

Australia batsman Steve Smith was forced off with an injury after being struck by a Jofra Archer short ball, leaving the England paceman concerned during fourth day's play of the second Ashes 2019 Test at Lord's on Saturday 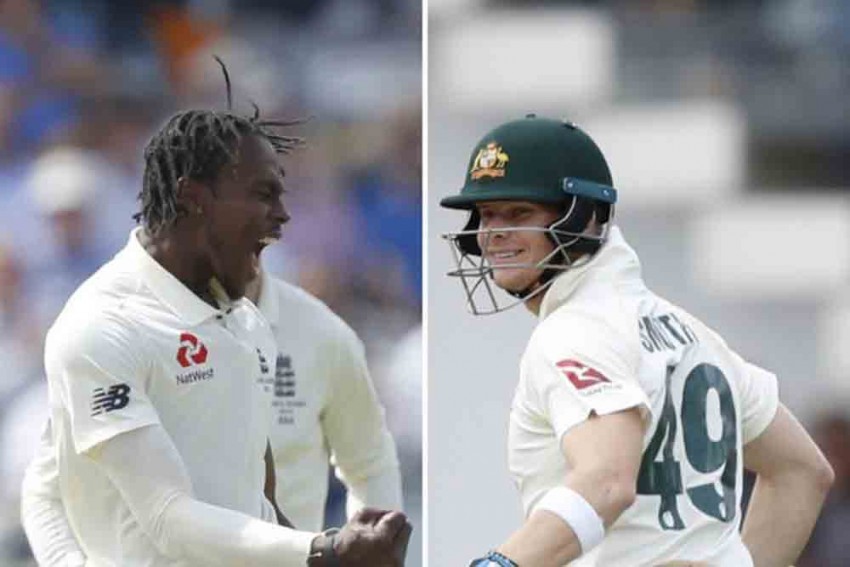 Steve Smith was forced to retire hurt after Jofra Archer's fierce delivery hit him just below the helmet on day four of the second Ashes Test at Lord's.
Composite: AP Photos
Omnisport August 18, 2019 00:00 IST Ashes, ENG Vs AUS: Honestly, I Don't Know What I Was Thinking – Jofra Archer After Steve Smith Injury 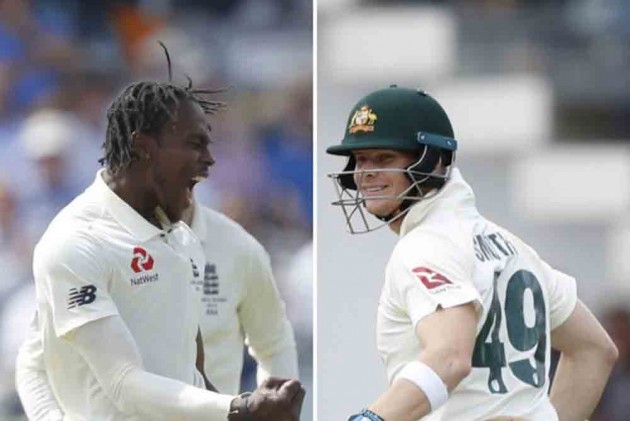 Jofra Archer has acknowledged his heart "skipped a beat" after his short ball struck Steve Smith on the neck. (ASHES LIVE | SCORECARD)

Smith was forced to retire hurt after Archer's fierce delivery hit him just below the helmet on day four of the second Ashes Test at Lord's.

Australia's former captain later returned to the crease and was eventually dismissed for 92 as Australia posted 250 - eight shy of England's total. The hosts extended their lead to 104 with six wickets still in hand by the close of play on Saturday.

Also Read: Smith Out Of Lord's Test With Concussion

Archer, who clocked a top speed of 96.1mph during his Test debut, enjoyed a fine performance, taking 2-59 from 29 overs.

But the 24-year-old revealed his immediate concern over Smith's safety when he saw the Australian, who will take no further part in the second Test due to delayed concussion, go down.

"To see him go down, everyone stopped and everyone's heart skipped a beat," Archer told Test Match Special.

"After he got up he was moving around and you breathe a sigh of relief. No-one wants to see anyone getting carried off on a stretcher."

Archer also confirmed he was not attempting to hurt Smith - who has been the stand-out performer in the series so far - but rather stick to England's plan to get the Australian out.

"Honestly, I don't know what I was thinking [about Smith's injury]," Archer said in an interview with Sky Sports prior to the fifth day's play.

"You don't want to see anyone miss a day or another game, especially with what happened a few years ago [with the death of Phillip Hughes] as well. It's never a nice sight.

"I've never seen Smith get out of his own accord until yesterday, so I was just trying to rattle him.

"I was trying to get him out - I had a short leg and a leg slip and he was trying to work the ball off his hip, so if one bounces a bit more it should go to short leg, or one of the guys waiting.

"It's been like that a lot of the series really, a lot of balls haven't gone to hand, landing in the gap, so yesterday was just great seeing him get out without scoring 100."