Ashes 2019: England's Jofra Archer 'Over The Moon' After Ripping Through Australia

Jofra Archer is pleased he will get a rest after sparking an Australia collapse and going on to take six wickets in Leeds on day one of the third Ashes Test. 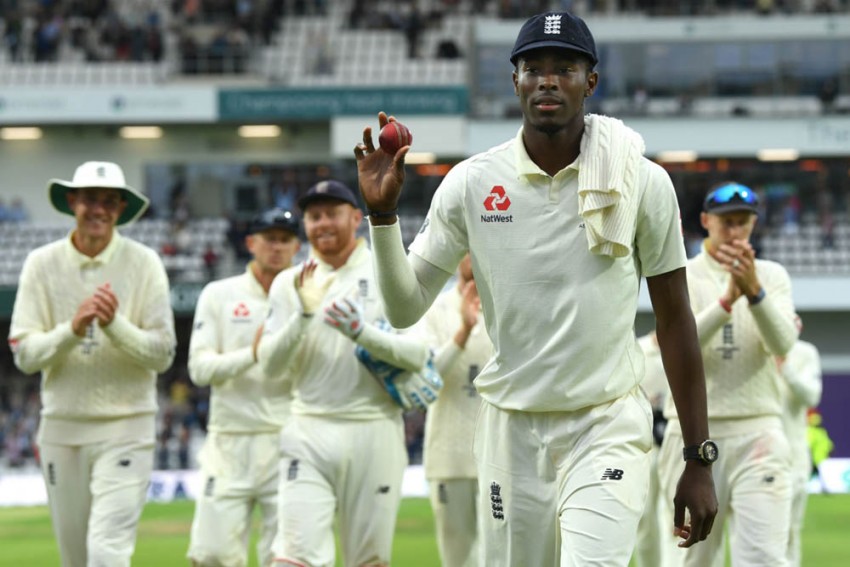 Archer took 6-45 - including five of eight wickets to fall in a dramatic final session
Getty Images
Omnisport August 23, 2019 00:00 IST Ashes 2019: England's Jofra Archer 'Over The Moon' After Ripping Through Australia 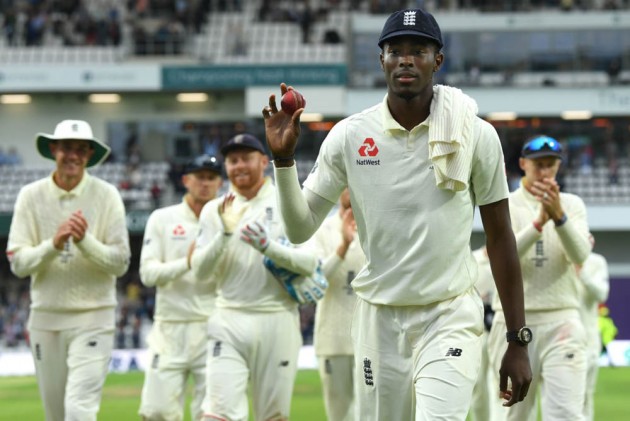 England paceman Jofra Archer was "over the moon" after he skittled Australia out with a maiden five-wicket Test haul on a rain-affected day one of the third Ashes contest at Headingley.

Archer took 6-45 - including five of eight wickets to fall in a dramatic final session - as the tourists collapsed from 136-2 to 179 all out after being asked to bat on a gloomy day in Leeds, where only 52.1 overs were bowled.

The quick bowled with great skill under grey skies, tormenting Australia after making a huge impact on his Test debut at Lord's.

Australia folded after third-wicket stand of 111 between David Warner (61) and Marnus Labuschagne (74), with Stuart Broad taking 2-32 before Chris Woakes and Ben Stokes took a wicket apiece.

Archer reflected on a job well done less than a week after he rattled Steve Smith on the helmet with a bouncer, resulting in the prolific former Australia captain being ruled out of the third Test with concussion.

He told Test Match Special: "Firstly, it means I get to rest. We've been in the field all day, it was stop start all day, which is really annoying. You start to bowl well and then you have to go off and start again. I'm over the moon to get six wickets but equally happy just to get off.

"The ball just started swinging randomly from the over before the Warner wicket. It got a bit more overcast and then from then on the ball was really good.

"We thought it was going to be a repeat of Lord's and losing the first day. But we got a large portion of the bad weather out of the way today."

He added: "I didn't do too much differently from Lord's, the slope there just makes the balls a lot harder to play. It was a bit bowler-friendly today, at times it did go flat and the ball stopped swinging but it started again.

"There were a few threes and no sweepers, I'll more than take 6-45 but I can be tidier in the future. It's been really good so far, from the moment I've put the badge on, it's been the happiest days of cricket so far and hopefully plenty more ahead.

"They've got some good bowlers as well so we've got to bat really well tomorrow."