Ajinkya Rahane slammed 81 runs to save India from Day 1 blushes in the first Test match (two-match series) Vs West Indies. Coming in at a precarious 25 for 3, Rahane scored a career-defining inning. 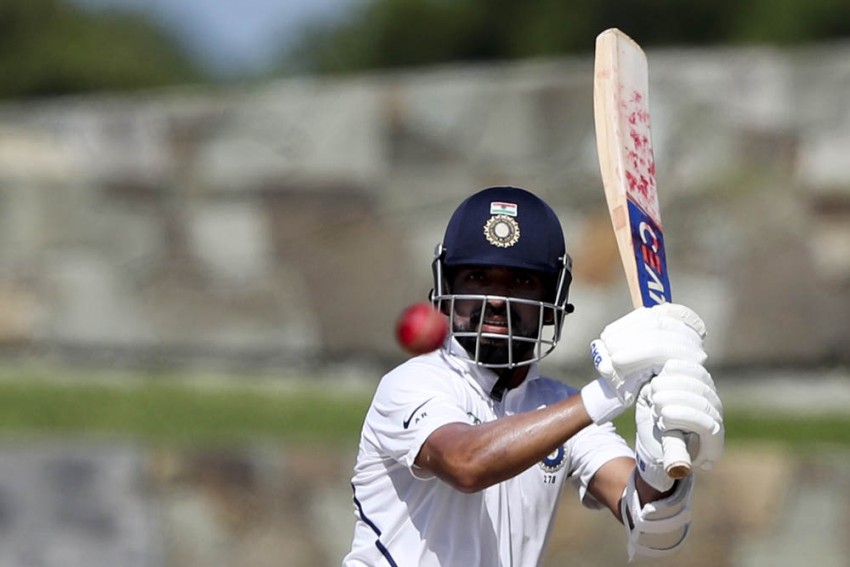 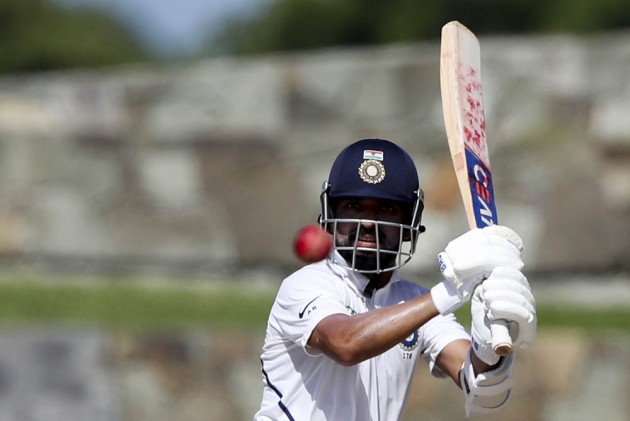 Ajinkya Rahane came to India's rescue on Day 1 of the 1st Test against West Indies at Sir Vivian Richards Stadium. After a top order collapse, the batsman scored 81 runs to give his side some hope. It's been two years since he last got a Test hundred but the visiting vice-captain didn't want to be "selfish" thinking about his own milestone when the priority was to get his team out of the woods.

Coming in at a precarious 25 for 3 on the opening day of the first Test against West Indies, Rahane scored a career-defining inning.

In fact, he knew a question would pop about missing out on a hundred, having last scored one against Sri Lanka back in 2017.

"I knew this question was coming and I was ready," he smiled when asked at the day end media conference.

"As long as I am at the crease, I am thinking about my team, I am not a selfish guy. So yes, I am not too concerned about the hundred as I thought 81 on that wicket was really crucial as we are now in a decent position," said Rahane after India finished the day at 203 for 6.

A century would have been nice but what mattered more was playing according to the demands of the situation.

"See, as long as I am contributing for my team is what matters. Yes, I was thinking about my hundred but the situation we are in -- 25 for 3 was tricky. As I have said, I just thought if I could contribute for my team. I am not too concerned about my hundred as that will come automatically," the 31-year-old said.

He spent a couple of months with Hampshire in English county, playing seven games in which he scored a hundred and a fifty.

The Mumbaikar feels that it's too premature to say whether the stint proved beneficial or not but it certainly helped him get him some quality batting practice.

"See it (county stint) was important. I took the decision when I got to know that I won't be a part of World Cup squad. I wanted to make use of the two months and I played seven county games, focussing on my batting, working on few areas."

Playing close to the body is one technical aspect that he worked on after getting a chance to bat at No 3, which exposed him to the new ball in seaming conditions.

"When you play in England with Dukes ball, you have got play close to your body. I was batting at No 3 as well so luckily I got to play the new ball there. Those two months, I really used my time well but it's too early to say that county stint helped me. But it's good that I went there and had some batting practice."

"In England everyone knows that it's all about the conditions. When its cloudy, you got to respect the conditions and when its sunny, you know that its good for batting. I had some good knocks, so yes, it was a pretty good stint for me," he said.

Back to the Test match, Rahane termed his 68-run stand with KL Rahul to be a crucial one in the larger context.

"At the start of our innings, the wicket was tricky. It was a bit sticky (spongy bounce) and there was sideways movement. Throughout the day, they bowled pretty well.

"What was important was to have a partnership going and still be positive in our intent. The partnership with Rahul was crucial at that situation. We were not thinking too far ahead. The motive was to play one ball at a time and take it on from there," Rahane said about their gameplan.

He accepted that Kemar Roach, who got three wickets, was bowling well throughout the day.

"Roach bowled pretty well. In international cricket, you have got to respect your opponents. The (first) spell that Kemar Roach and Jason Holder bowled, we had to respect that and still be positive. I thought that communication was really good between me and Rahul and we backed each other well."

Playing a Test match after seven months, Rahane's primary idea in a troublesome situation was to hang in there.

"For me, it was important as we were playing a Test match after a long time, nearly seven months (vs Australia in January) and I wanted to hang in there, play as many balls possible and take my team to good position," he said.

Hanuma Vihari (32) like KL Rahul (44) missed out on a deserving fifty but Rahane was impressed with the Andhra batsman's temperament.

"Vihari is a guy who has got lots of runs in Ranji Trophy and first-class cricket, and he knows how to bat in these situations. So all these guys, who play a lot of India A games know how to bat in these conditions in five-day games. So I thought Vihari's approach was pretty good, not only here but even in Australia."