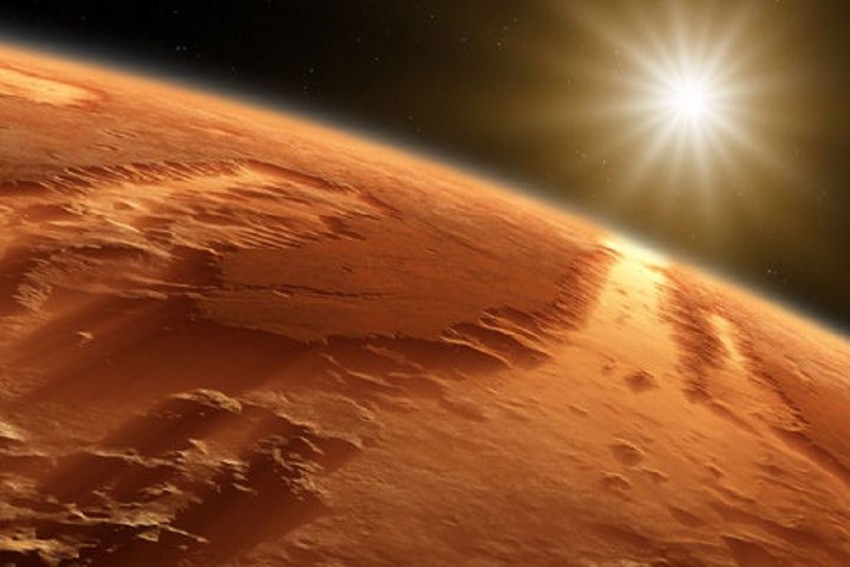 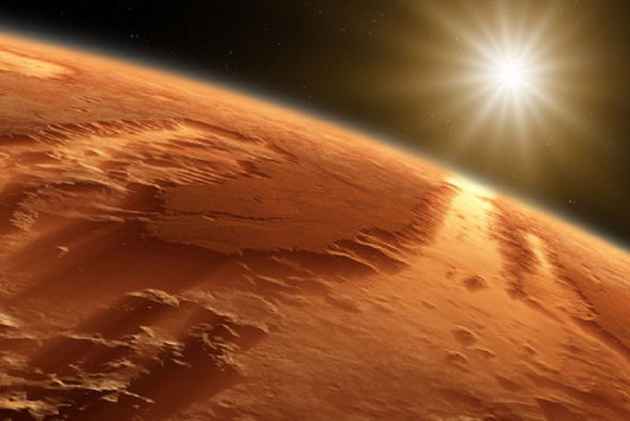 Scientists, using a NASA spacecraft, have discovered thick deposits of ice beneath the surface of Mars.

The exposed deposit of water ice is more than 100 meters thick.

The ice was likely deposited as snow long ago. The deposits are exposed in cross section as relatively pure water ice, capped by a layer one to two yards (or meters) thick of ice-cemented rock and dust.

The sites are in both northern and southern hemispheres of Mars, at latitudes from about 55 to 58 degrees, equivalent on Earth to Scotland or the tip of South America.

"There is shallow ground ice under roughly a third of the Martian surface, which records the recent history of Mars," said Colin Dundas of the U S Geological Survey's Astrogeology Science Center.

"What we've seen here are cross-sections through the ice that give us a 3-D view with more detail than ever before," Dundas said.

A scarp likely grows wider and taller as it "retreats," due to sublimation of the ice directly from solid form into water vapour.