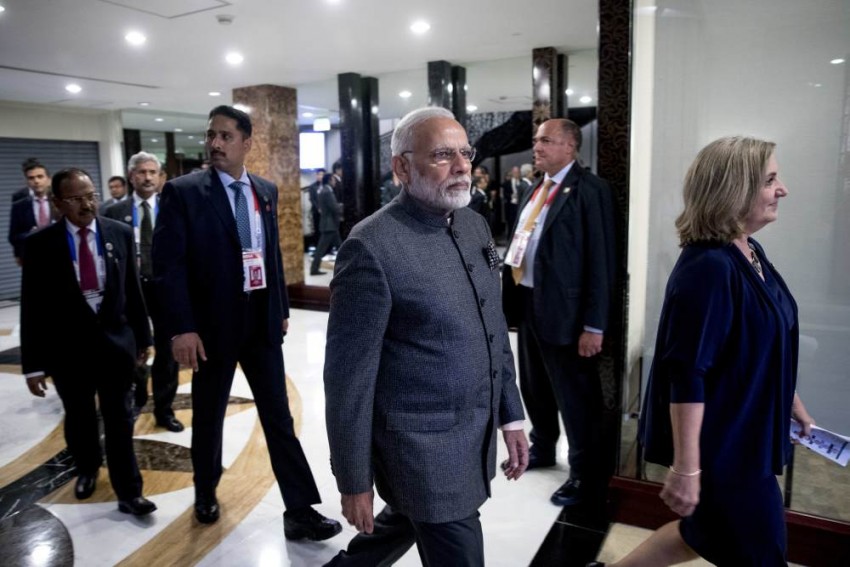 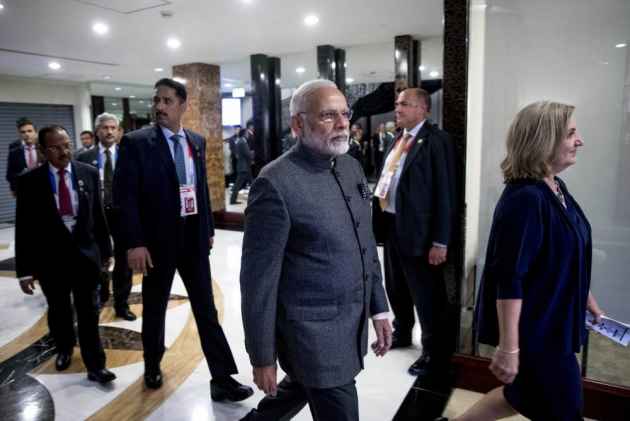 Skirting any direct response to the first quadrilateral meeting of India, US, Japan and Australia, China today questioned its exclusion from the group and expressed hope that the new concept of 'Indo-Pacific' is not directed against it.

"The relevant proposals should be open and inclusive and should be conducive to win-win cooperation and avoid politicising or excluding the relevant parties," Chinese Foreign Ministry spokesman Geng Shuang said at a media briefing here.

He was answering a spate of questions on the Indo-Pacific concept and the quadrilateral meeting held yesterday at Manila.

Asked whether he meant "exclusion of the relevant parties" referred to omission of China, Geng said China welcomes the development of friendly cooperation between relevant countries.

"We hope this kind of relations will not be directed at a third party and conducive to the regional peace and stability. This is the general concept and I think this kind of position applies to any proposal," he said.

Giving shape and substance to the Indo-Pacific concept by virtually replacing the previous Asia-Pacific, the US, India, Japan and Australia yesterday held their first official-level talks in Manila ahead of the ASEAN summit with a focus on keeping the region "free and open", amid China's growing military presence in the strategic area.

The move is seen as counter to China's aggressive behaviour in the area. They agreed that a free, open, prosperous and inclusive Indo-Pacific region serves the long-term interests of all countries in the region and of the world at large.

The officials also exchanged views on addressing common challenges of terrorism and proliferation linkages impacting the region as well as on enhancing connectivity.

American officials earlier said the new term "Indo- Pacific" replacing Asia Pacific captures the importance of the rise of India with which the US has strong and growing ties.

A senior White House official had said that "we have strong and growing ties with India. We talk about 'Indo- Pacific' in part because that phrase captures the importance of India's rise".

And the strategy is "certainly not" to contain China, he said.

The Indo-Pacific concept has figured prominently during the recent visit by President Donald Trump to the region including to Japan and China.

Responding to a question about persistent references of Indo-Pacific by the US and Japan saying that they want to establish leaders' dialogue mechanism between India, US, Japan and Australia and Tokyo's willingness to conduct cooperation with China under the new concept, Geng said China has noted the Japanese statement in this regard.

"Promoting the stability and the development of the Asia Pacific region is the common responsibility of the regional countries. We hope the policies made and the action taken by the relevant parties can correspond with the trend of times featuring, peace, cooperation, friendship and development and can be conducive to upholding peace, prosperity and stability," he said.

Asked how China viewed the Indo-Pacific concept, Geng said peace and win-win cooperation is the trend of the times.

"All relevant parties can put forward their vision and proposal on how to develop cooperation between countries and regions. I hope this kind proposals and vision can correspond with the trends of the world and should be inclusive," he said.