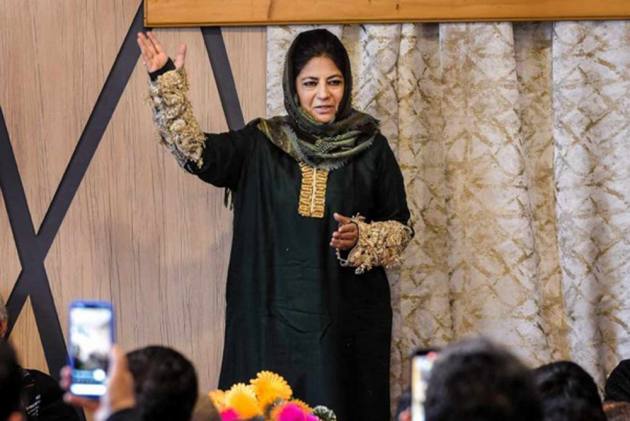 People’s Democratic Party (PDP) president and former Jammu and Kashmir Chief Minister Mehbooba Mufti has asked the Enforcement Directorate (ED) to question her in Srinagar saying that she will not appear before the agency in Delhi.

The ED had issued a summon to PDP chief Mehbooba Mufti on March 15 in connection with a money laundering case and had asked her to appear before it in New Delhi today.

On Monday, PDP spokesperson Tahir Sayeed, said that Mehbooba has written a letter to the ED, asking the agency’s officials to come to Srinagar for questioning her or make arrangements for the same through a video conference.

“She was supposed to appear before the ED today. However, she has told them that she won’t be able to travel to Delhi due to her political and social engagements so if they have any case against her they can either come to Srinagar or question her through video conferencing,” Sayeed said.

Last week, the Delhi High Court had refused to stay the ED summons issued to Mehbooba.

In her petition filed in the HC, the PDP chief had said that the ED had not informed her if she was being summoned as an accused or a witness.

Earlier, Mehbooba had described the summons as the Centre’s “tactics to intimidate and browbeat political opponents” adding that such moves won’t work.

“GOI’s tactics to intimidate & browbeat political opponents to make them toe their line has become tediously predictable. They don’t want us to raise questions about its punitive actions & policies. Such short-sighted scheming won’t work,” she had said on Twitter, without any mention of the ED notice.

In her petition, Mehbooba had sought quashing of summons issued to her and to declare section 50 (power of ED officer to record statement) of the Prevention of Money Laundering Act as void and inoperative, being unfairly discriminatory, bereft of safeguards, and violative of Article 20(3) of the Constitution.