The Karnataka political drama is likely to see a climax on Monday as the ruling Congress-Janata Dal (Secular) coalition government gears up for a floor test in the Assembly. 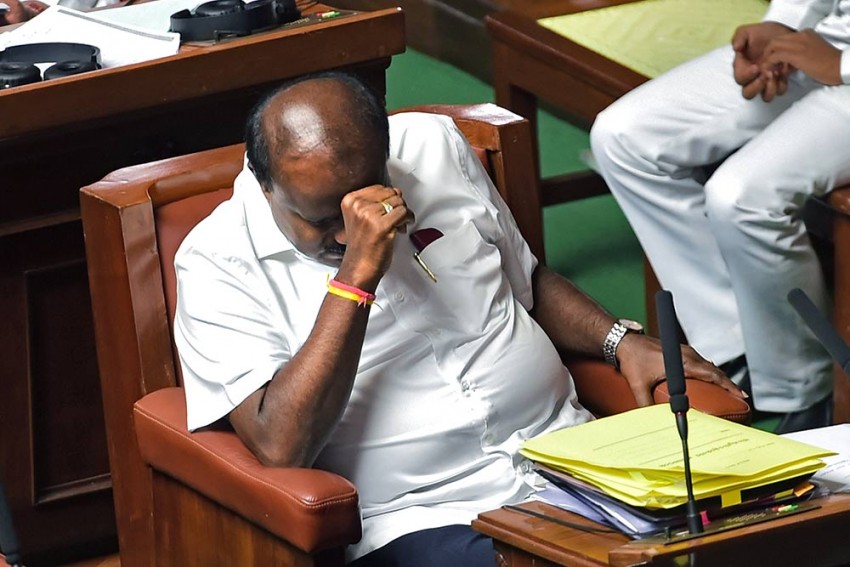 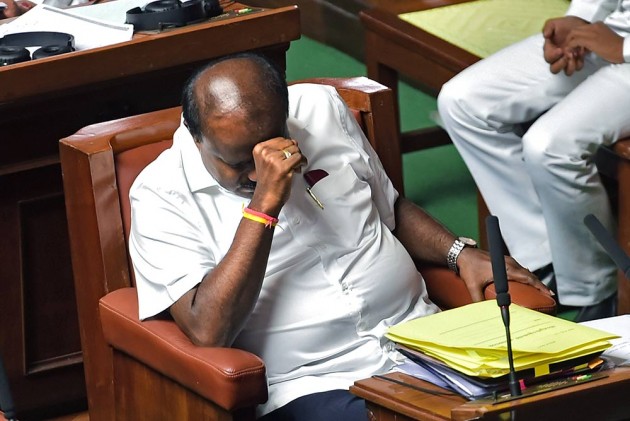 After missing two deadlines on Friday set by Governor Vajubhai Vala, Karnataka coalition government is bracing for a trust vote on Monday.

The coalition government is making all efforts to stitch together the numbers to sustain the alliance.

All eyes will be on Karnataka Speaker KR Ramesh Kumar as the BJP has been alleging him for delaying the proceedings for the floor test. The floor test, if it happens today, is unlikely to witness the presence of the rebel MLAs who are lodged in a Mumbai hotel. Their resignations are yet to be accepted by the Speaker.

Here Are The Live Updates:

241 PM:  Karnataka Assembly Speaker K.R. Ramesh Kumar tells Chief Minister H.D. Kumaraswamy to face by evening the floor test to prove majority in the House after the debate on the confidence motion ends.

12:37 PM: Speaker K R Ramesh Kumar asks the government to honour its commitment to conclude the trust vote process Monday itself. "The debate should start now. Everybody is watching us. Please don't make me a scapegoat. Let us reach our goal."

12:14 PM: Speaker KR Ramesh Kumar says: "I will have to pass a ruling today.  In your speeches, make sure that the dignity of the Assembly is kept alive."

10:57 AM: Karnataka Speaker KR Ramesh Kumar summons rebel Congress MLAs to meet him at his office at 11 AM on July 23. The notice has been issued over disqualification (of rebel MLAs) petition by coalition leaders.

10:50 AM: Supreme Court refuses to give early hearing on plea by two independent Karnataka MLAs seeking a direction to conclude floor test in Assembly today.

10:24 AM: Congress MP, BK Hariprasad, has given notice in Rajya Sabha for suspension of business for discussion over 'Constitutional crisis' in Karnataka.

10:10 AM: Ahead of the floor test of the Congress-JD(S) coalition government in Karnataka, security has been beefed up around Vidhana Soudha.

9:40 AM: BJP MLAs leave from Ramada Hotel in Bengaluru for Vidhana Soudha as HD Kumaraswamy government braces to face the floor test in the Assembly today.

Natwar Singh Says Non-Gandhi Leader Will Cause Party To Split, Presses For Priyanka To Lead Party