J-K Will Get Statehood At Appropriate Time: Amit Shah In Lok Sabha

During a discussion on J&K Reorganisation (Amendment) Bill 2021, Amit Shah said that the bill does not mention that Jammu and Kashmir will not be given statehood. 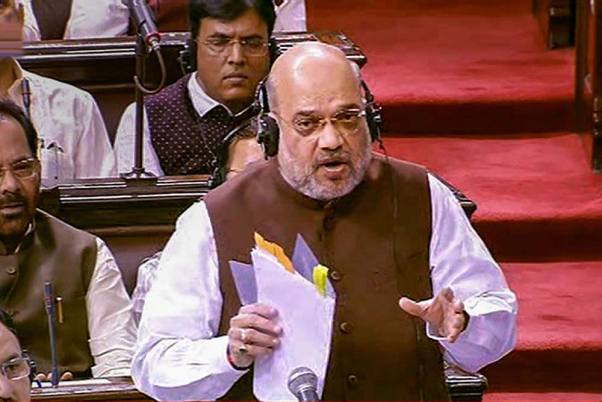 Union home minister Amit Shah while speaking in the Lok Sabha on Saturday said that Kashmir will get the status of a state at an appropriate time.

During a discussion on J&K Reorganisation (Amendment) Bill 2021, he said that the bill does not mention that Jammu and Kashmir will not be given statehood.

“I will reiterate again that this bill has nothing to do with the statehood of Jammu and Kashmir, in due time J&K will be given statehood,” Shah said.

Shah said that after article 370 was scrapped, panchayats in Jammu and Kashmir got administrative and financial powers. Shah said that the Panchayat Elections happened "peacefully and fearlessly".

"I assure people of Jammu and Kashmir that no one will lose their land. Government has enough land for development works", he said.

He said that around 25,000 government jobs will be created in Jammu and Kashmir by 2022.

Shah also said that the government is planning to connect the Kashmir Valley with railways by the year 2022.