While the panel of his peers has now given CJI Ranjan Gogoi a clean chit in the sexual harassment case, the report is not expected to mark the end of the crisis that the former SC staffer’s complaint has triggered 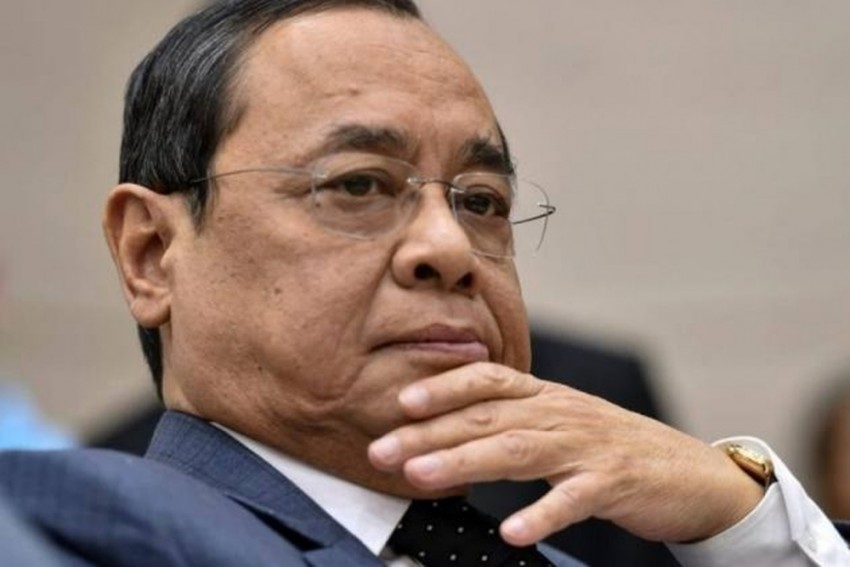 Chief Justice Ranjan Gogoi has been give a clean chit by a Supreme Court panel regarding the sexual harassment allegations against him. However, the controversy around the case may be far from over
File Photo
Puneet Nicholas Yadav May 06, 2019 00:00 IST Colleague Judges Clear CJI Ranjan Gogoi In Sexual Harassment Case, What Next Now? 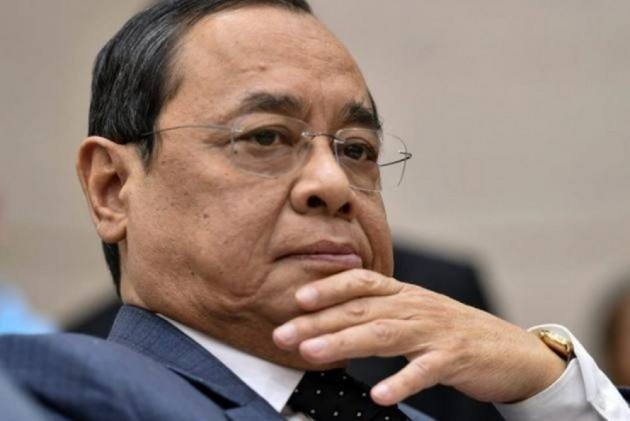 Chief Justice of India Ranjan Gogoi got a clean chit on Monday from a three-member in-house panel of his colleague judges in the complaint of sexual harassment filed by a former Supreme Court staffer.

The in-house committee of Justices S.A. Bobde, Indu Malhotra and Indira Banerjee, set up after several legal luminaries and activists criticised the initial handling of the staffer’s complaint by the Chief Justice, has found “no substance in the allegations contained in the complaint dated 19.4.2019”. It has further held that in compliance with the apex court’s verdict in Indira Jaising vs. Supreme Court of India, 2003, the findings of the report will not be put out in the public domain.

It may be recalled that the in-house committee had decided to proceed ex-parte with its inquiry against CJI Gogoi, on April 30, after the complainant had refused to appear before it. The complainant had alleged that the three judges had denied her permission to be accompanied to the proceedings with her lawyer, advocate Vrinda Grover, and refused to pay heed to her repeated requests for showing her copies of her statements that the committee was recording.

After the complainant opted out of the probe, CJI Gogoi had appeared before the panel and, as he first did, on April 20, by convening an urgent hearing for a “matter of great public importance”, dismissed all allegations against him as baseless and motivated. The in-house panel, it would appear, accepted the Chief Justice’s version since he was never confronted by the complainant during the probe nor was his accuser given the chance to counter CJI Gogoi’s response.

While the panel of his peers has now given the Chief Justice of India a clean chit, the report of the three judges is not expected to mark the end of the crisis that the former SC staffer’s complaint has triggered or the intense scrutiny that it has placed the office of the CJI under.

An apex court bench of Justices Arun Mishra, Rohinton Fali Nariman and Deepak Gupta is currently conducting suo moto proceedings in the issues arising out of the April 20 hearing carried out by the bench headed by CJI Gogoi in the sexual harassment case against himself. The bench of Justice Mishra is also looking into an affidavit filed by lawyer Utsav Bains who has claimed that the sexual harassment case was part of a “big conspiracy” hatched by corporates, a lobby of lawyers, politicians and former SC staffers to force CJI Gogoi to resign. It may be recalled that during the April 20 hearing, the Chief Justice too had claimed that the complaint was the result of a conspiracy “to deactivate the office of the CJI” though even a preliminary inquiry had, at the time, not been conducted into the staffer’s allegations.

The bench of Justice Mishra had, on April 25, despite the pendency of a verdict in the suo moto case and the conspiracy theory, ordered a parallel inquiry to be conducted by former SC judge, Justice AK Patnaik and assisted by chiefs of the Intelligence Bureau, CBI and Delhi Police, into the affidavit filed by Bains. The order had triggered another controversy with many legal luminaries questioning the need for a parallel probe when related matters were already being heard by the bench headed by Justice Mishra as well as the in-house committee of Justices Bobde, Malhotra and Banerjee.

Perhaps realising that the parallel probe would prejudice the inquiry by the in-house panel, Justice Patnaik had later said that he would not begin his inquiry until Justices Bobde, Malhotra and Banerjee complete their investigation into the main complaint filed by the former SC staffer against the CJI.

With the in-house committee now completing its probe and giving CJI Gogoi a clean chit, Justice Patnaik can begin his investigation. However, it is not clear yet whether Justice Patnaik will also call into scrutiny the main complaint or simply focus on the conspiracy angle. Also, given that the CJI has himself officially attributed mala fide motivations – as evidenced in his remarks during the April 20 hearing – to the complaint against him and since Justice Mishra has, on more than one occasion, made veiled references of “rich and powerful” trying to “influence every time there is a big matter”, questions are bound to be raised on the objectivity that will be able to exercise while carrying out his parallel probe. Further, it needs to be noted that since the Centre, through Attorney General K.K. Venugopal and Solicitor General Tushar Mehta, as well as out-of-court observations by finance minister Arun Jaitley, have collectively endorsed the ‘conspiracy theory’ against the Chief Justice, the independence with which the IB, CBI and Delhi Police – all controlled by the Centre – will assist the Justice Patnaik inquiry is suspect.

The clean chit to the CJI is, evidently, not the last that we will be hearing of this unprecedented crisis involving the highest authority of the Supreme Court. And if comments by senior advocate Indira Jaising, on the in-house panel invoking a verdict in a case filed by her in 2003 while concluding that its inquiry report is not liable to be placed in the public domain, are anything to go by, demands for making the findings of the Justice Bobde-led panel public are also expected to get shrill in the coming days. Jaising has dubbed Monday’s development as a “scandal” and demanded disclosure of the in-house inquiry panel report. By all indications, Jaising’s demand is expected to get the support of many other lawyers in the days to come, though the court may steadfastly reject it.