The woman, who levelled the allegations against CJI Ranjan Gogoi, walked out of the inquiry committee on Tuesday, raising objections over various issues, including denial of her lawyer's presence. 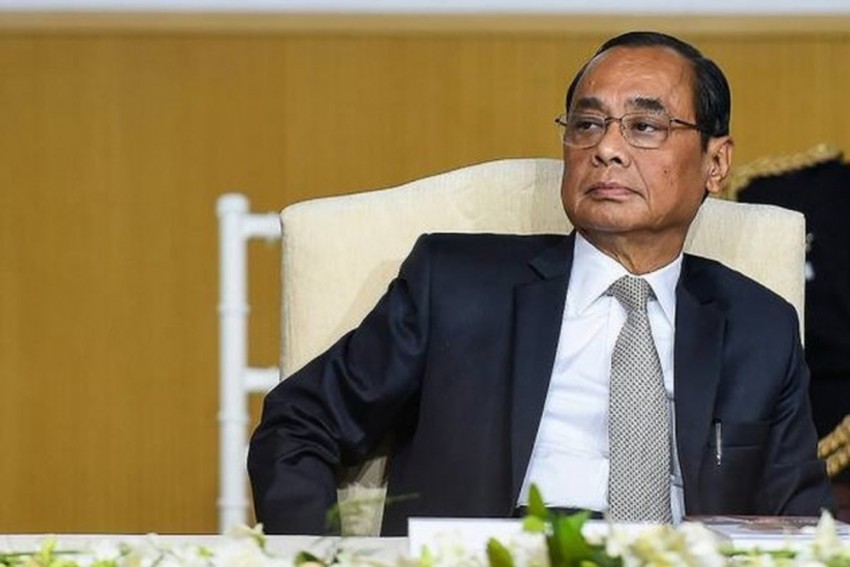 Chief Justice Of India Ranjan Gogoi appeared before an in-house inquiry panel of the Supreme Court that is looking into the sexual harassment allegations levelled against him by a former Supreme Court staffer
File Photo
Outlook Web Bureau May 02, 2019 00:00 IST CJI Ranjan Gogoi Appears Before Supreme Court Panel In Sexual Harassment Case 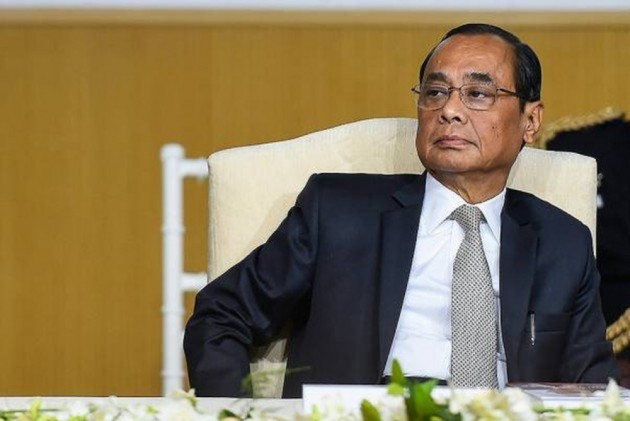 Chief Justice of India Ranjan Gogoi Wednesday appeared before an in-house inquiry committee looking into allegations of sexual harassment levelled against him by a former woman employee of the Supreme Court, an official source said.

This is for the first time in the history of Indian judiciary that a CJI appeared before a committee over allegations of sexual harassment, the source said.

"A letter of request was issued to the Chief Justice of India asking him to meet the committee and he responded it and he met the committee on this issue," the source told PTI.

The in-house inquiry committee is headed by Justice S A Bobde, who is the senior-most judge in the Supreme Court after the CJI, and its two other members are women judges of the apex court -- justices Indu Malhotra and Indira Banerjee.

The source said "the CJI met the committee and he has done the needful."

The woman, who levelled the allegations, walked out of the inquiry committee on Tuesday, raising objections over various issues, including denial of her lawyer's presence.

The source said the woman opted not to participate in the proceedings despite being told about the consequence that the committee can go ahead with its task ex-parte. She had appeared before the panel for three days.

"The fact that the committee would proceed ex-parte was told to the woman. She said okay and opted herself out from participating," the source said.

The woman in a press statement Tuesday described as "very frightening" the atmosphere of the in-house inquiry committee and said she was also "scared of her safety" as she was followed by two to four men while returning from the proceedings.

The woman also expressed apprehension that she was "not likely to get justice" from the panel which not only refused her request for presence of lawyer Vrinda Grover during the proceedings but also told her if she did not participate "they would proceed ex-parte".

She said the panel conducted the proceedings without video or audio recording and she was not even supplied with a copy of her statement recorded on April 26 and 29.

She claimed that the committee, set up on April 23, also did not inform about the procedure that was to be followed during the inquiry.

Justice N V Ramana, who was next in seniority to Justice Bobde, was a member of the committee but he recused himself after some reservations were expressed by the woman.

Justice Bobde on April 23 had told PTI "This is going to be an in-house procedure which does not contemplate representation of advocate on behalf of parties. It is not a formal judicial proceeding."

He had clarified that there is no time frame to complete the inquiry and future course of action will depend on "what comes out of the inquiry" which will be "confidential".

A three-judge bench headed by CJI on April 20 had held an unprecedented hearing in the wake of allegations made against Justice Gogoi.

The former apex court staffer had levelled the allegations against the CJI which was brought into public domain by some news web portals on April 20.

The woman had worked at Justice Gogoi's home office in Delhi and the allegations were carried by news portals based on the affidavit by her.

Describing the allegations of sexual harassment against him as "unbelievable", the CJI had convened the extraordinary hearing at the Supreme Court during which he said a larger conspiracy was behind it and he would not stoop so low even to deny these allegations.

Justice Gogoi had said some "bigger force" wanted to "deactivate" the office of the CJI.