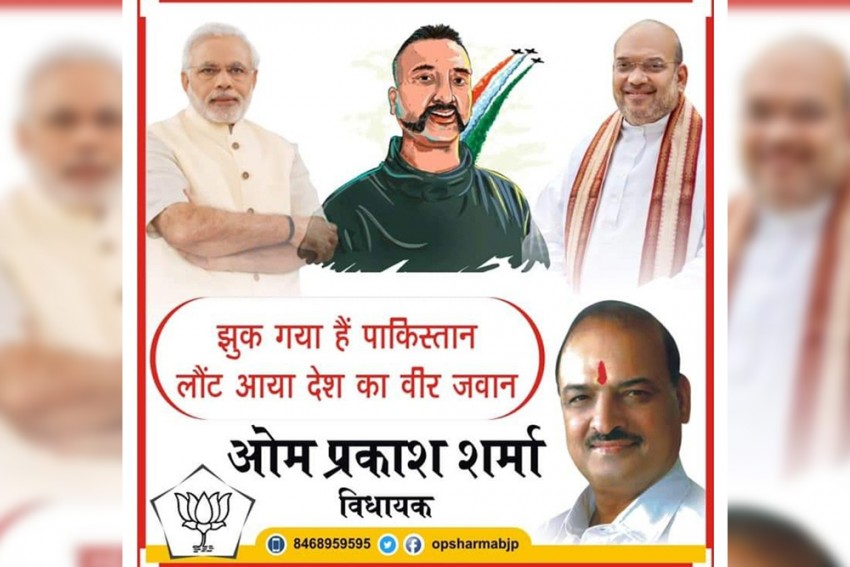 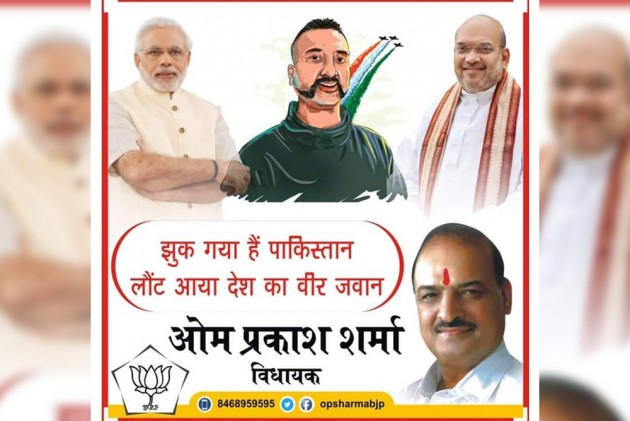 Delhi BJP MLA Om Prakash Sharma has been issued a show-casue notice by the Election Commission (EC) for putting up two posters featuring him, Prime Minister Narendra Modi and IAF Wing Commander Abhinandan Varthaman on Facebook, and asked the lawmaker to take down the post and give a reply by Thursday.

The posters, shared on social media on March 1, feature Modi, BJP chief Amit Shah, the IAF officer, and Sharma, who represents the Vishwas Nagar seat in the Delhi Assembly.

"Pakistan has bowed down. Our brave soldier has returned. It's a big diplomatic victory that Modiji has brought Abhinandan back in very little time," the posters read.

"He (Sharma) has been asked to furnish a reply by 11 am Thursday. It's a violation of the Model Code of Conduct and appropriate action will be taken," Mahesh, who is also the district election officer, said.

Referring to its December 2013 letter to all political parties, the poll panel had recently asked them to refrain from making references to the armed forces while canvassing for elections.

The directive had come against the backdrop of a picture showing a hoarding with images of Varthaman and leaders of a party.

The Lok Sabha election is scheduled to begin on April 11 and will continue till May 19. Polling in Delhi will be held on May 12.