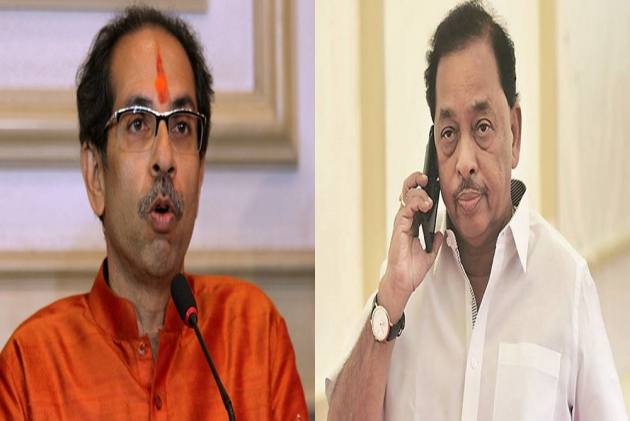 The political fight has just begun in Maharashtra. The arrest of union minister Narayan Rane over his “tight slap” comment is just the first big incident as the political firmament in the state gets hotter. With the upcoming prestigious elections to Brihanmumbai Municipal Corporation (BMC) all the parties in Maharashtra are in a combative mood.

The ongoing Jan Ashirwad Yatras, which the BJP has launched across 22 states, are facing over 100 FIRs registered all over Maharashtra for violation of Covid-19 protocols. Rane has been leading several of these yatras in the state as the BJP seeks to “expose” the Maharashtra Vikas Aghadi (MVA) government, led by chief minister Uddhav Thackeray, over its “failures on various fronts” and, at the same time, promote the Centre’s schemes.

The Rane incident, if anything, has revealed that a rapprochement between former allies Shiv Sena and BJP does not appear possible, at least in the near future. There were signs of a thaw earlier when Thackeray had met Prime Minister Narendra Modi in June, with the two having a one-on-one dialogue after the official meeting was over. However, with the crucial local elections in the state over the next six months – considered as mini-Assembly elections to gauge the mood of the people – the atmosphere is only going to get more acrimonious and ties more strained.

Narayan Rane Is Third Union Minister To Get Arrested By State Police, Here Are The Other Two

“There is a good reason why Rane was inducted into the Cabinet in the latest reshuffle. His main utility to the BJP is his eagerness to attack Thackeray owing to their history. Their rivalry is more personal than political, and goes back a long way,” explains a BJP leader.

Rane, who had started out as a ‘Shakha Pramukh’ in the Shiv Sena, rose up the ranks to become the chief minister of the state in 1999. A close confidante of Balasaheb Thackeray, Rane never accepted Uddhav Thackeray’s leadership, he engineered a coup against him. Thackeray expelled him from the party in 2005 for “anti-party activities” and Rane moved to the Congress. He stayed in the Congress for 12 years, waiting for what he claimed was the promised chief ministership. When that did not happen, he quit the Congress in 2017 to start his own party, the Maharashtra Swabhiman Paksha (MSP). In 2018, the BJP sent him to Rajya Sabha after he declared support to the party. He officially joined the party before the Assembly polls in 2019.

“Rane is BJP’s most potent weapon against the MVA government. He has been leading from the front in the Jan Ashirwad Yatras and getting a good response from the people. In fact, that is what seems to have irked the Shiv Sena and forced them to take disproportionate action against him by arresting him,” says the BJP leader.

BJP’s Maharashtra state president Chandrakant Patil says the fact that Rane has got bail is victory for the BJP. “It is a slap on the face of the state government. Even if there are restrictions placed on Rane and he is not allowed to speak, thousands will flock the streets just to see him,” he says.

However, leader of opposition in Maharashtra Devendra Fadnavis, preferred to keep the door to a later-day conciliation open. He made it clear that the party does not condone Rane’s statement. "We don't support Narayan Rane's statement but I, as an individual, and the party stand with him,” he said.