Nigerian Felix Chidi struck twice (28th and 74th minutes) to give NEROCA all three points and the first win of the campaign at the TRC Turf stadium. 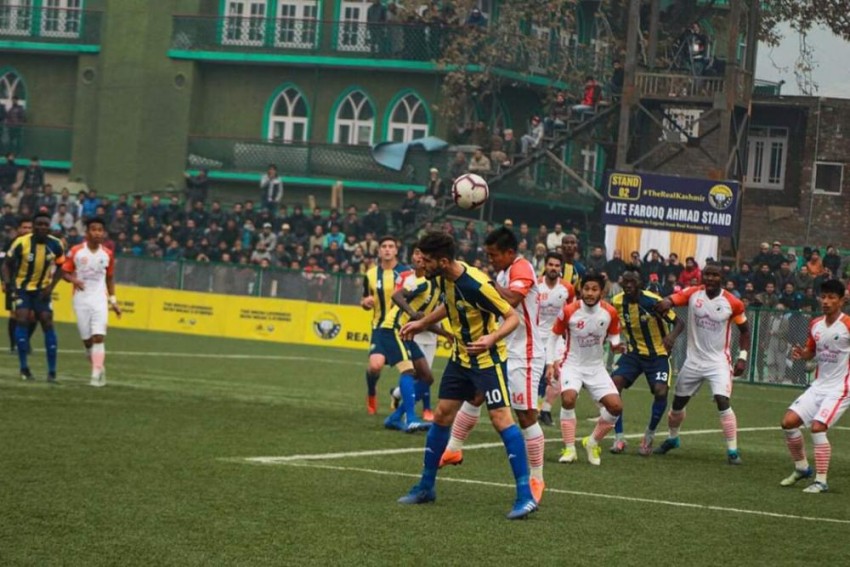 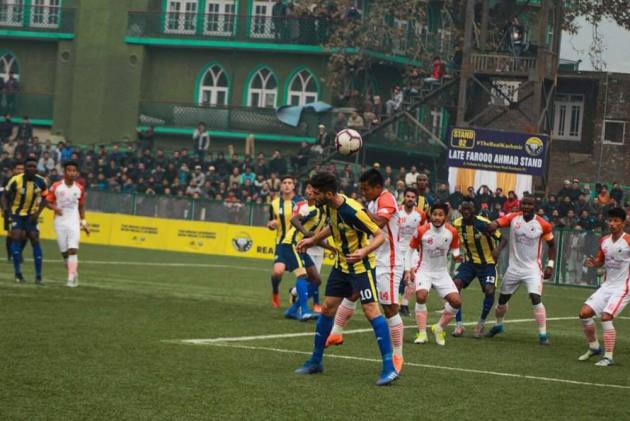 I-League debutants Real Kashmir FC suffered their first defeat of the season after losing to travelling NEROCA FC of Manipur of League at Srinagar on Sunday.

Nigerian Felix Chidi struck twice (28th and 74th minutes) to give NEROCA all three points and the first win of the campaign at the TRC Turf stadium.

NEROCA had lost to East Bengal 0-2 in their opening match at home before drawing next two matches against Gokulam Kerala (1-1) and Aizawl FC (0-0).

Real Kashmir, on the other hand, had beaten defending champions Minerva Punjab 1-0 in Panchkula to begin their I-League debut season in stunning fashion and then played out a goalless draw against Churchill Brothers in their previous game here.

NEROCA had more of the exchanges initially but the 'Snow Leopards' roared back with a string of attacking moves through Ivory Coast striker Gnohere Krizo and Danish Farooq with assists from the flanks but were unable to find the back of the net.

Real Kashmir had their first chance as early as the fifth minute when a defensive lapse inside the NEROCA half saw Danish making a fine attempt but an equally beautiful save by NEROCA's Italian Goalkeeper Mauro Boerchio denied the home side an early goal.

NEROCA launched a counter-attack immediately and they would have scored but for a fine sliding clearance by Ravanan Dharmaraj inches before the Real Kashmir goal-line.

Real Kashmir came close to scoring in the 15th minute when a Krizo header off a corner kick hit the post and came back to play.

NEROCA scored in the 28th minute to change the complexion of the game. A fine cross from Ashok Singh from the left landed right in front of Felix Chidi who made no mistake in bulging the Real Kashmir net.

The goal boosted NEROCA's confidence and the visitors looked a better side till the end of the first half though they could not increase their lead despite some good attacking moves as the Real Kashmir defence stood firm.

With the crowd egging them for goals, Real Kashmir went on an attacking mode and they came up with some beautiful passes and crosses but their inability to finish cost them dearly.

In the 63rd minute, Real Kashmir made an impressive attempt to score but Krizo's shot again hit the post to be collected comfortably by NEROCA goalie Mauro.

NEROCA doubled their lead in the 74th minute when a defensive lapse by Real Kashmir gave Chidi the opportunity to earn his and team's second goal of the day.

A desperate Real Kashmir had a brilliant chance to reduce the margin in the 88th minute but Danish Farooq missed a sitter.