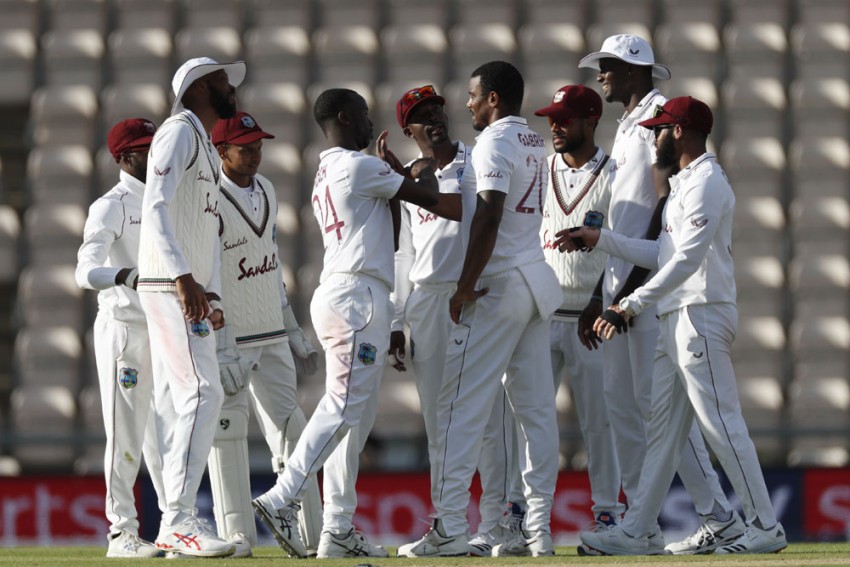 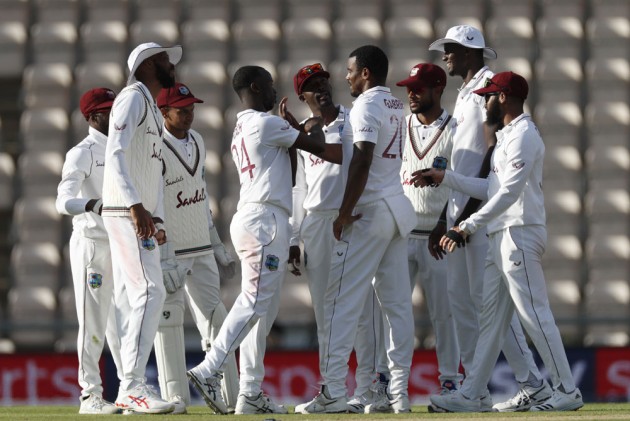 England suffered a late collapse in Southampton to close day four on 284-8 – giving them a lead of 170 over West Indies – to leave the first Test delicately poised. (More Cricket News)

Having erased a first-innings deficit of 114, the hosts appeared to be gaining the upper hand as they reached 249-3, Zak Crawley combining with stand-in captain Ben Stokes to put on a partnership of 98 for the fourth wicket.

The pair built on the good work done by openers Dom Sibley (50) and Rory Burns (42) but West Indies fought back impressively in the final session, Shannon Gabriel and Alzarri Joseph each taking two of the five wickets to go down.

Stokes (46), however, fell for a second time in the match to opposite number Jason Holder when seemingly going well, steering the West Indies skipper to one of two catchers positioned in the gully region.

As for Crawley, the right-hander's impressive innings came to an end on 76 when he chipped a return catch back to Joseph, who then followed up by bowling Jos Buttler for nine.

Alzarri Joseph disturbs the woodwork and Buttler is gone for just 9.#ENGvWI pic.twitter.com/kec8M4ftJ5

Gabriel produced a fine spell in fading light to bowl both Dom Bess and Ollie Pope, the latter via an inside edge, and though England avoided being dismissed prior to stumps, they had undoubtedly let slip a glorious opportunity after battling so hard to forge their way in front.

Burns and Sibley continued on from the overnight total of 15 without loss in the early stages of Saturday's play, pushing their opening stand on to 72.

Spinner Roston Chase finally claimed the initial breakthrough for West Indies, aided by Burns hitting a long hop to point, while he also tempted Joe Denly to chip a simple catch to mid-wicket. Having reached 29, England's number three once again failed to capitalise on a promising start.

Sibley did carry on to register his first half-century on home soil in Tests, though departed soon after reaching the landmark.

Reprieved when bowled off a no ball earlier in the same over, he was caught down leg by wicketkeeper Shane Dowrich off the bowling of Gabriel, whose closing burst saw him finish with figures of 3-62.

WINDIES ON TOP BUT WORK STILL TO DO

West Indies will be pleased by the way they hit back with the ball after tea, though a wearing Rose Bowl pitch showing signs of uneven bounce means a fourth-innings chase is by no means straightforward. Still, considering how well England were going with Crawley and Stokes together, the tourists should now be considered favourites.

With Joe Root set to come back into the XI for the second Test, one of England's batting line-up will have to make way for the returning skipper. It seems a straight fight between Denly and Crawley, with the latter surely now ahead on points after making his highest score in the format.

MOMENT OF THE DAY – GABRIEL GETS HIS MAN... AGAIN

Sibley appeared to have perished straight after reaching 50, bowled off an inside edge. A tight no-ball call initially offered him a second chance, yet the opening batsman failed to capitalise, lasting only two further deliveries before he was dismissed by the same bowler.