Is it too much to see not perfect beauty but the imperfect longing of a dark-skinned nation (yes, we are that) in the face of Aishwarya Rai? Almost the shade that is right... 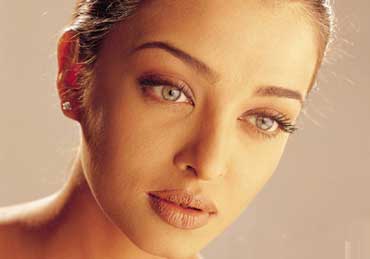 Sometimes a celebrity is just a celebrity. And sometimes she is a sign of the times. Take Aishwarya Rai, for example. Ash to her aficionados, Aishwarya Rai is the most beautiful woman in the world. Or so opines the original pretty woman, Julia Roberts, who should know a thing or two about female beauty one would think.

Ash is the new face of world cinema, according to the recent issue of the Asian edition of Time in which the Roberts opinion appears. From the cover, Ash gazes out with her "olive green eyes" (this description is to be found inside), bare-shouldered in a black dress. Her hair is straight and smooth as silk. It is the colour my mother describes as "chematai" in Tamil—rusty, reddish-brown. Beautiful? Perhaps….

But doubt it would seem is not permissible on this issue. Inside, in an interview, a question is posed to Ash: "Are you aware that half a billion Indian men think you're the perfect woman?" Ash’s answer is more intelligent, if also disingenuous, than the question: "If people think I am just an image, they're wrong. I'm just being the girl I was brought up to be." 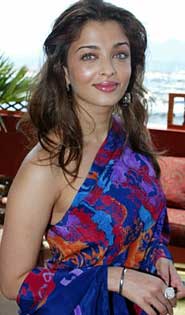 Is it this upbringing that has made Ash declare she will not be able to act opposite Pierce Brosnan in the next Bond flick unless a body double is used for the inevitable make-out scene? We can only speculate. Meanwhile, the producers are checking with Brosnan about the acceptability of Ash’s condition.

Since she won the Miss World title in 1994, Aishwarya Rai has been pushing the frontiers of celebrityhood. She has pursued a career in movies with a determination no one can deny. There has been purpose in the way she has moved from forgettable films with unforgettable music, such as Jeans, to films such as Taal, which marked her transition from mere Bollywood actress to Indian icon. 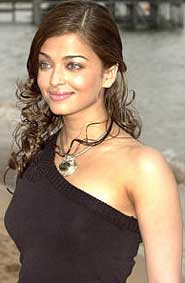 Having conquered India, Ash is now preparing with the same determination for an assault on the rest of the world, signing up films with UK-based Gurinder Chaddha (Bride and Prejudice) and talking to the likes of Robert De Niro about possible movies. She is now represented by the US-based talent agency William Morris. No doubt great things await Ash outside India as well. With a face like that, how could it be otherwise? Beautiful or not, it is a face to conjure with.

Only question is: conjure what?

Well, here are two possibilities: L’Oreal and Coca Cola, for both of which Ash is a highly visible brand ambassador. Hardly is it possible to open a newspaper or switch on the television without coming face to face with Ash hawking a product. After the nth encounter, you remember D. H. Lawrence. "Beauty," D. H. Lawrence once observed, "is a mystery. You can neither eat it nor make flannel out of it." 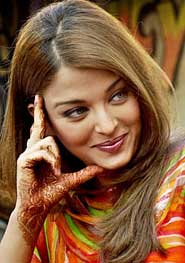 By now Ash’s face is edible, it is flannel. There is no mystery left here. It is a face to launch not a thousand ships, but conjure a thousand commodities for the burgeoning Indian middle class to which she speaks so powerfully.

For only look beyond the conjuring—the hoopla, the hype, the air brushing, the hair coloring—and what is Ash’s mask but the secret face of the Indian middle class: not as it is, but as it has always seen itself to be in its inner-most dreams. Almost the shade that is right. Almost white.

Is it too much to see not perfect beauty but the imperfect longing of a dark-skinned nation (yes, we are that) in the face of Ash? After all, when Hello magazine recently voted her the most attractive woman over the likes of Nicole Kidman and Gwyneth Paltrow, Sahara India Pariwar (whose Council Director she is), took out full page ads in newspapers to declare with nationalistic pride: "It takes an Indian beauty to make the entire world fall in love with her." 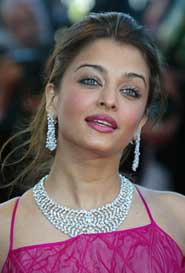 But beauty to be beauty should be mysterious, ineffable. Ash’s face—don’t blame Ash for this—is the all too plain sign of a dangerous national desire, a deep-seated need to wilfully misrecognise our identity. Most Indian women will never be like Aishwarya Rai, not because she is so much more beautiful than them but because they don’t even belong in the same physical category as her.

If Aishwarya Rai is the paragon of female Indian beauty, who do we think we are as a nation?

S. Shankar is the author of the novel A Map of Where I Live, and teaches at Rutgers University.