Mohammad Rizwan was upset with his T20 form but his decision to bat as an opener against New Zealand was a turning point in his career.

October 24, 2021, Dubai International Cricket Stadium. In a T20 World Cup match, India were defending 151 runs against Pakistan. India had never lost a World Cup match to them till date. Will it be another Indian victory? However, Pakistan captain Babar Azam and Mohammad Rizwan made a mockery of India’s total and won with all 10 wickets intact! (More Cricket News)

Mohammad Rizwan top-scored with an unbeaten 79 off 55 balls, breaking a billion Indian hearts and gifting Pakistan their first-ever win over India in a World Cup game.

If anyone doubted Rizwan’s abilities calling it a lucky night for him, the ICC shared a video on the very next day to clear it was not luck, but the better planning from Rizwan that saw him succeed against Pakistan's arch-rivals.

In the video, Mohammad Rizwan could be seen practising shadow batting on the pitch ahead of game against India. What grabbed eyeballs was the astonishing fact that the shots Rizwan practiced and the ones he played on match day were identical.

India were at the receiving end of Rizwan’s brilliance but they were not the first team to be wrecked by him as he had stepped into the game after playing some sensational knocks against quality teams like England, South Africa and New Zealand in the shortest format of cricket.

After almost three months from that memorable Dubai night, Mohammad Rizwan was named ICC's T20 Player of the year 2021. It was an extraordinary achievement as Rizwan had almost decided to quit T20s a year back.

It was Pakistan playing against New Zealand in the third T20 international on December 22, 2020. And Rizwan, who had so far failed to capitalise his starts (17 and 22) in the series, almost decided to quit T20 internationals had it not worked for him this time. Rizwan was batting as an opener in the series instead of the usual lower-order position.

"I just thought that opening will work in New Zealand. There will be swing, there will be the new ball, but I can manage that pressure. It was either that or my T20 career would finish here," said Rizwan in an interview to ESPNCricinfo.

One shouldn’t doubt the player’s resilience based on this as anyone after scoring just 224 T20 international runs across 25 games at an average of 17.23 and a best of 33 not out would have thought similarly or at least given it a second thought.

The T20 format had other plans for him as Rizwan struck a handsome 89 off 55 balls to help Pakistan win the game by four wickets against New Zealand. It was a dead rubber for Pakistan, but certainly the innings gave Rizwan the much-needed impetus. Rizwan started feeling he belonged there. 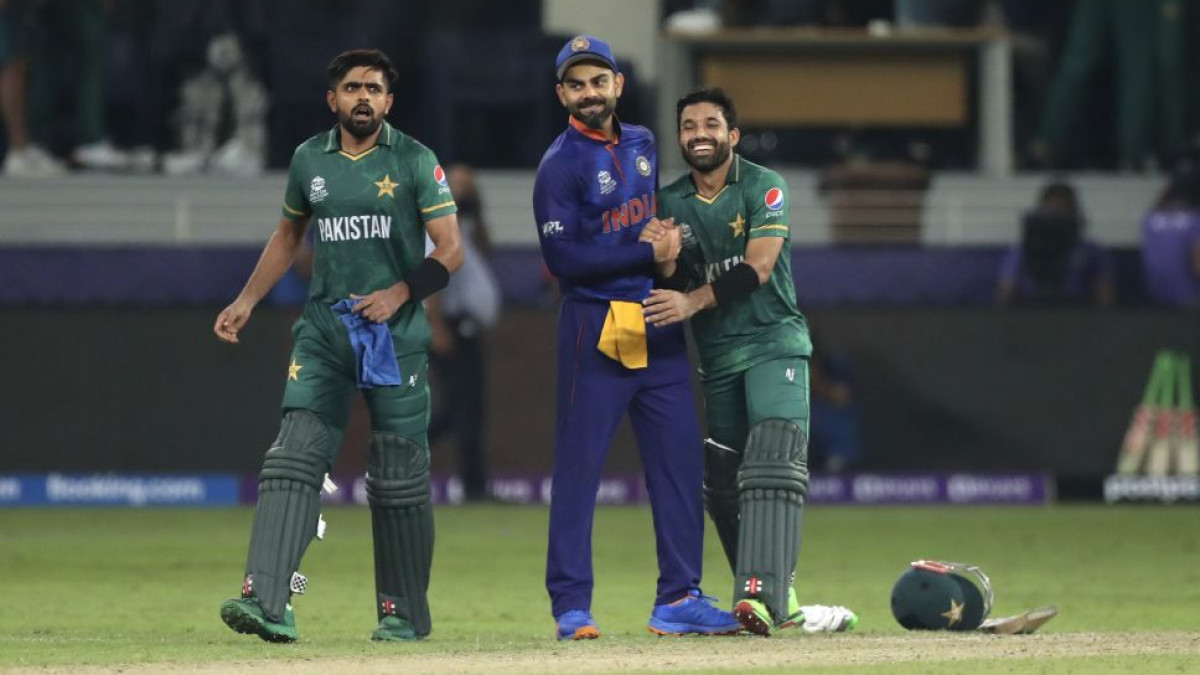 On his very next T20 game against South Africa in February 2021, Mohammad Rizwan scored a sensational hundred (104 not out off 64) to kick start what was going to be a memorable season for him. He didn’t look back since then. From England to West Indies to India to Australia, the opponents kept changing but Rizwan’s bat kept blazing for Pakistan.

“What I give importance to is the ground we're playing on. What were previous matches like there, how did the pitch play, how big are the boundaries, what way does the wind blow - that's what I look at,” said Rizwan when asked about the role of data and analytics in his game.

A solid 1326 runs across 29 T20I games at an average of 73.66 shows how sensational the year 2021 had been for Rizwan. And just in case, it fails to describe his supremacy with the bat, one should know that Babar Azam was the second-highest T20I run-getter in the year and there was a difference of 387 runs between the two despite Babar also playing 29 games.

"I'm lucky I've made some runs in the last year, I've achieved a few things," said a humble Rizwan with an aim to do more for Pakistan.