Love Story: The Dark Side of The Moon

I am dusky, he’s fair. Love unfolded like a slow-burn novel. We met via our families but married against their wishes. With two kids now, we continue to evolve in the light of love

More from Ekta Shah
View All

I didn’t know anything about love at all till I turned 22. Acutely conscious of my dusky complexion and average looks, the idea of finding someone who could see me beyond my skin colour remained daunting to me for much of my growing-up years. In school, most of my friends were going around, but I never had a boyfriend. An alien to the continent of touch, gaze and whisper, I had reconciled myself to my singledom. I  had told myself, "I didn’t need nobody", convinced that no man would care to get involved with (marriage was too far-fetched) a Brown woman when there was no dearth of fair and beautiful ones around.

Everything changed when he walked into my life. We got to know each other through our families: He is my sister’s brother-in-law. Extremely fair and tall, he is someone most women would find attractive. We fell for each other like the characters of slow-burn romantic novels. And by the time I celebrated my first Valentine’s Day at 24, I had already known him for two years, standing by each other through ups and downs. We had begun meeting like friends. Initially, it was all about chats over chai, lunch, dinners and shopping. He would drop me at the office and also pick me up. All this was happening and yet we were not quite dating. Perhaps I was being harsh on myself. To be honest, I didn’t find him to be my type. The picture I had in my mind about the special someone didn’t match with his persona. I would always tell him, “You’d be the last person I would marry.”

But, unbeknownst to us, love lay just around the corner, like sparks waiting to enkindle the fire. During those two years, I was outspoken about everything. And he proved to be a good listener. The trust we developed for each other during this phase of ‘being together yet apart’ was tremendous, selfless and unmotivated. The transparency we maintained throughout about what we felt about each other gave us the ground to take our relationship forward. Before we became a lovey-dovey couple, Valentine’s Day used to be all the rage. I asked him once to get me at least four flowers just to show some emotion. He got me exactly four flowers and gave them to me with a straight face. Was this thing they called love? There was no music playing in the background as it happens in a Bollywood flick. Feelings lay dormant. There was no romance ‘in the air’. Maybe I had come to expect too much from love. Maybe the ideals of romance I held were too rooted in books and movies. Anyhow, I never thought this person who got me four flowers — that too upon being asked to do so — would eventually turn out to be the one I would end up spending my life with.

When we decided to marry, the opposition came from the expected corner: his family. I had seen couples getting the approval of their families for inter-caste marriages. We belonged to the same caste, but my looks came in the way. I was not ‘beautiful’ enough to be a bride for a fair man. But my husband-to-be was adamant: he put his foot down and conveyed to his family that he wouldn’t marry anyone else. I, too, was committed to our relationship, ready to risk anything: “Ishq hai toh risk hain”. We waited, but couldn’t convince his family. One day, we got married secretly, taking a few friends into confidence. There was no 'band baja', no big celebrations. It was exactly the way I wanted, but I had not imagined that we would be forced to marry like this, away from the family. 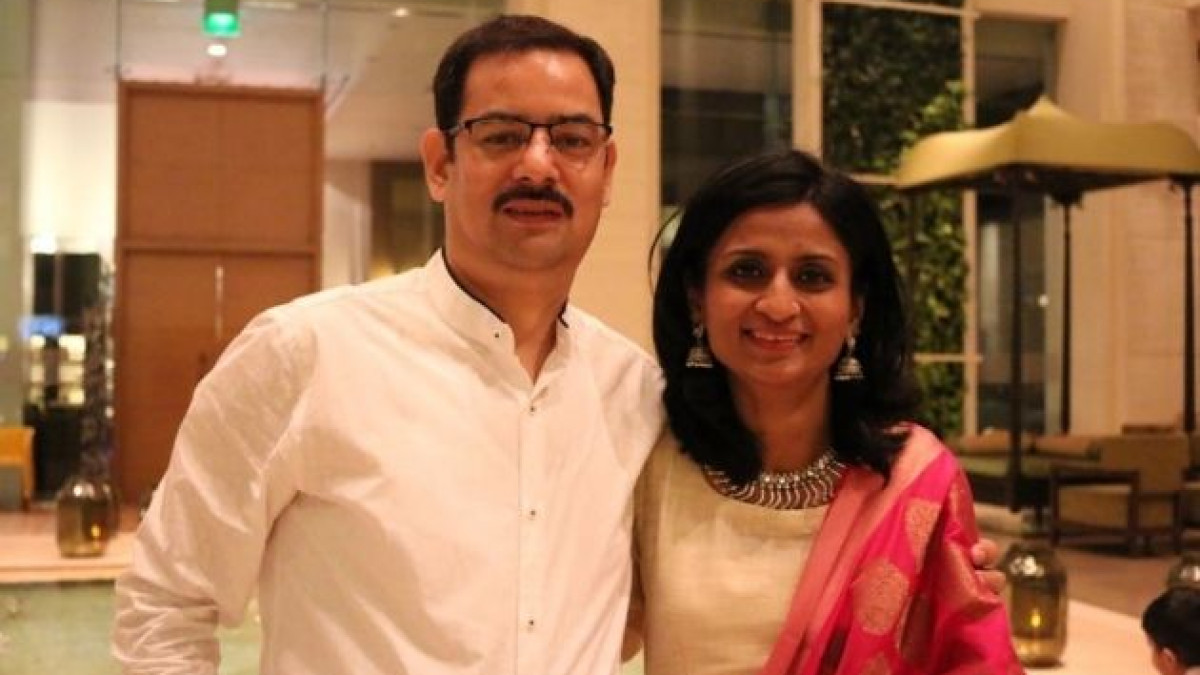 Ekta and her husband, Ajay Shah.

We have been married for over 16 years — two different people tied together by the thread of love. I am talkative and extroverted. He is quiet and introverted. Our taste in anything, including clothes, doesn’t match. There are a few things that are common between us. So, what exactly has kept us together all these years? I guess the things that matter for us both are our ideologies and philosophy of simple living. We have great respect for each other and are non-judgmental. We listen to each other and don’t try to dominate. We give each other enough space and yet we feel connected all the time. It feels great to have the freedom of choice and make my own decisions, safe in the knowledge that someone will always stand by me all the time, come hell or high water.

For the two of us, it was never about physical beauty. We didn’t believe in the consumerist culture that creates certain images and perceptions in the minds of people. Expensive gifts were never on our lists. It was more about growing together with responsibilities and with a better understanding of each other. In today’s culture, appearance, especially skin colour, is crucial if you look for a life partner. For many people, it matters the most. The fair girl always has an edge over dark-complexioned girls even though the latter may have better qualifications or intelligence. I never believed in these stereotypical perceptions. After we got married, there was no financial or emotional support from our families since we had married without their consent. We started building our lives from scratch, standing by each other through thick and thin. We have two young children now. But even after all these years, we argue and behave like youngsters. The bike rides remain a favourite thing for us both. Our children understand the nature of our relationship and give us space. I left my job for our children, but we have raised them together as equals, having divided the duties between us: gender equality in a relationship only strengthens it. As life partners, we don’t have to agree on everything; we can have our own perspectives and see things from our own points of view. Arguments are part of life; they happen in every relationship. As days roll by, we are evolving with each other.

Today, if anyone asks me what love is, I would not have a single definition. Perhaps respecting the difference is also love. Love can reside in the cups of tea you have together. It can also manifest itself in the unsaid and the unspoken — the movement of eyes, the curling of lips, the gesture of hands. Love is also the act of knowing someone over a period of time and having this sense that he or she is always around. Love and marriage go together “like a horse and carriage”, as Frank Sinatra crooned. You can’t have one without the other.