Amjad Khan’s portrayal of Gabbar Singh showcased a skill nobody had ever seen on Indian screens. But the story of his success is also the story of his father, his brother, and a dhobi. Part 15 of 'Sands of Time', tells that story.

An imposing, burly man in his late 30s used to walk in to St. Andrews High School in Bandra and head straight to the principal’s office. There was a good half an hour before the final school bells were to ring. Once he perched himself on the seat opposite the principal, he would request that his children be let go for the day owing to a pressing family emergency. Since it was the last hour, the principal showed some lenience. His two young sons would be summoned and handed over. The man would walk out of the school and into his car, children in tow. The family of three would calmly head towards the New Talkies theatre. Amjad and Imtiaz would sit in the balcony as their father the towering Zakaria Khana a.k.a. Jayant would watch the movie standing at the doorway, because he was a chain smoker.

This was a routine affair. The “family emergencies” never ceased, because Jayant was an ardent film fan and he just had to catch the 4 PM matinee show at New Talkies with his kids. Unlike fathers throughout history who begrudged their children’s film addiction and raised hell when they skipped classed to watch movies, Jayant was a happy exception and a willing accomplice. Little Imtiaz and Amjad, both in their formative years, were being exposed to what is commonly known as the golden era of Hollywood. The performances and mannerisms were making an indelible impression, which would hold them in good stead throughout their own creative journeys. In the meanwhile, the boys would appear in an array of low and medium-budget films as child actors. 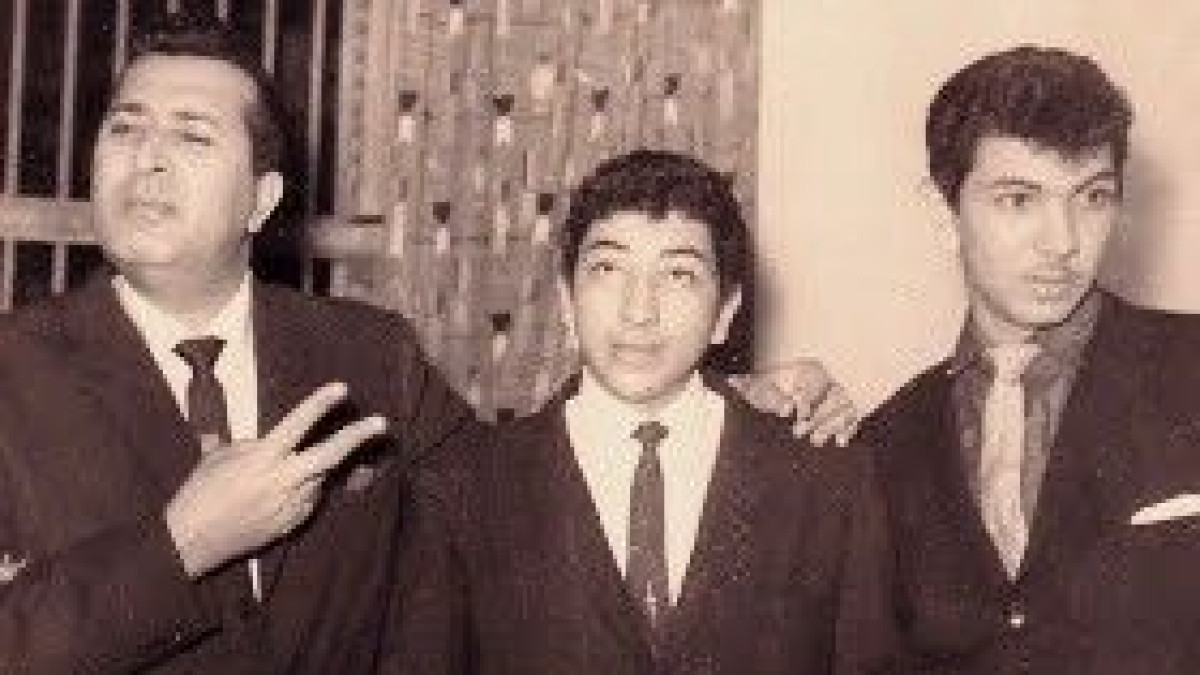 Imtiaz, the older of the two, started doing theatre when he got to college. Amjad followed his brother in a couple of years, and the two brothers started spending a lot of time on stage. Imtiaz would often write plays, as his brother would enact them. Jayant continued to be an influential presence. He not only provided feedback on writing, but also contributed with his acting chops. These plays often had a speech or a voiceover setting the context, and Jayant’s booming voice came in handy. The culturally inclined students were often split into two groups: the ones proficient in shuddh Hindi used to organise kavita sessions, classical songs and naatak, while those fluent in Urdu would spout shayari, sang ghazals and stage Urdu plays. But both of these groups converged on one man - Amjad Khan. Amjad had mastery over both languages and was equally at ease in all these cultural forms. He was soon elected the general secretary of the college union.

Those days, there was an expansive drama competition held under the aegis of Bharatiya Vidya Bhavan. The K.M. Munshi Shield was up for grabs, named after the Bhavan’s famous founder. Plays in all Indian languages (and English) were staged as part of a month-long fest. It was for this competition that Imtiaz co-wrote a play called Ae mere watan ke logon. The Chinese aggression was still fresh in people’s minds, and Kavi Pradeep’s song performed by Lata Mangeshkar had struck a chord. Filled with rousing nationalistic fervour, Imtiaz wrote the play with a friend called Madan Kapoor. In exchange for a steady supply of tea and cigarettes, Madan wrote feverishly. The story about two Sikh brothers, was set during the war. Amjad played one brother, the other being played by a friend called Surinder. Imtiaz directed the play, also portraying the role of an army major. The play not only won in the competition, it was also a raging hit amongst the students. Amjad Khan strode and stomped on the stage like a stallion. It seemed obvious that this young man was at the cusp of greatness. One of the judges at the competition was Salim Khan, who was still to write the classics he was destined to co-create. 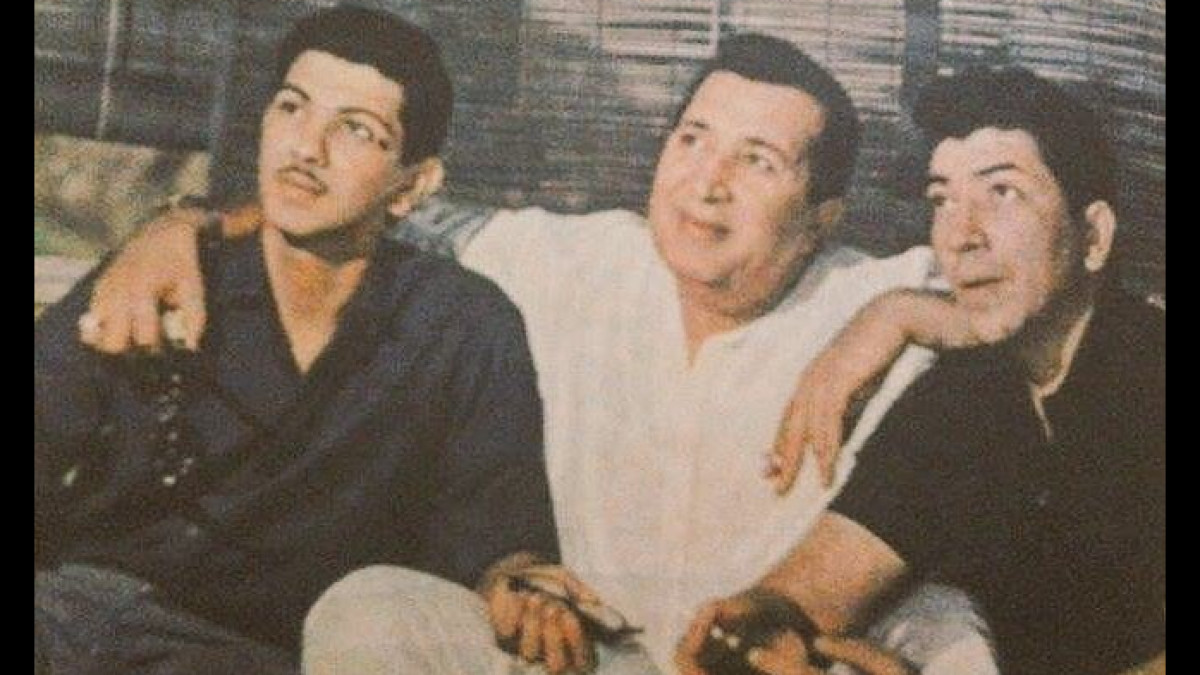 Formal education concluded, the boys were trying to find their way around Bollywood jungle when Imtiaz begun work as an assistant to Chetan Anand, Dev Anand’s elder brother, iconic filmmaker and co-founder of Navketan Films. Meanwhile, Jayant was busier than ever, and Imtiaz also started functioning as a manager to him, taking care of his dates, payments etc. Jayant happened to be part of a film called Ek Nanhi Munni Ladki Thhi (1970), conceived by Ramsay Brothers, who had still not come into their own. When they started pestering him for a role in their first directorial venture, Do Gaz Zameen Ke Neeche (1972), Imtiaz accepted begrudgingly. To everyone’s surprise the campy horror film made at a shoestring budget ran for twelve weeks. As his brother’s career took off, Amjad was still a bit unsure. Imtiaz’s mentor Chetan Anand offered him a walk-on role as a Pakistani pilot in his war film Hindustan Ki Kasam (1973). Chetan had seen Ae mere watan ke logon and had been impressed by Amjad’s work. Serendipitously, this was also when Salim Khan came calling, recalling the play he had seen all those years ago. Amjad was taken to Ramesh Sippy, who offered the role of Gabbar Singh. 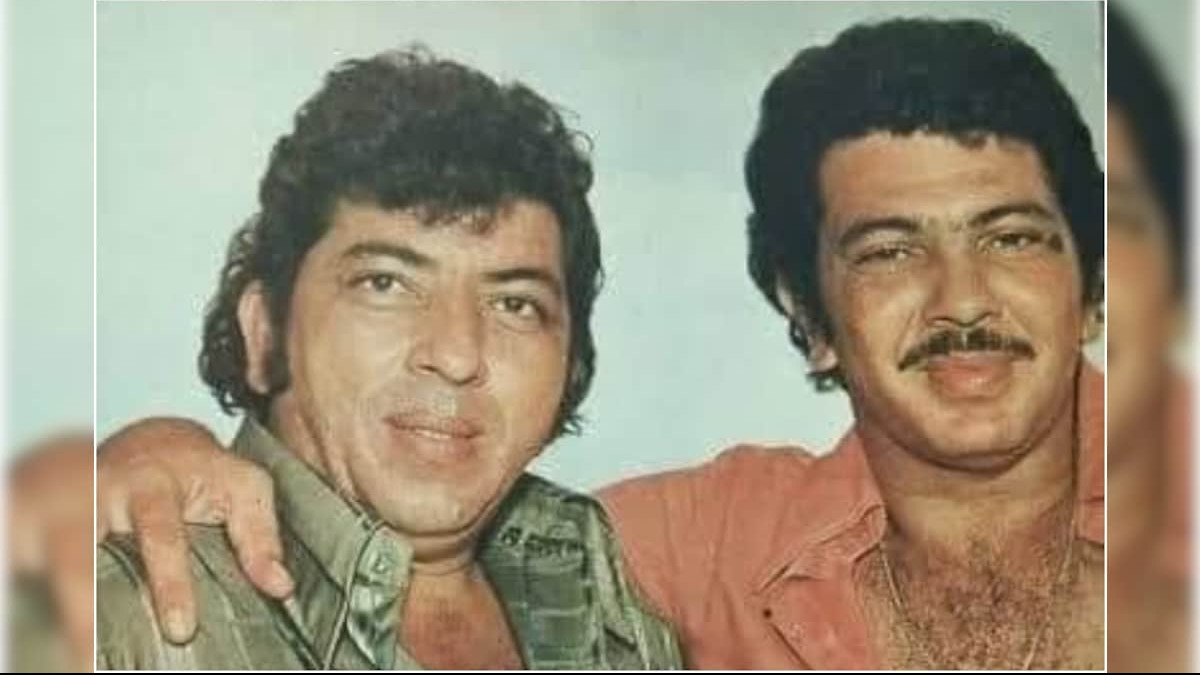 Amjad Khan had finally found something to chew on. He took his time and worked on his own rendition of the character. He blackened his teeth, started chewing tobacco, and perfected his gait. But he acquired Gabbar’s tone and manner of speech from a washerman. That’s right. There was a dhobi ghaat near the Khan residence. A washerman named Paydin lived there with his errant wife Shanti. All day long, he kept looking for her in the neighbourhood, hollering at the top of his voice, “Arey o Shanti!”. It in the heartfelt wail of Paydin that Gabbar Singh finally found his voice.