Worrying Trends In The Media

Are Twitter, YouTube aware of the dangerous consequences that a different kind of image or message has in developing societies? 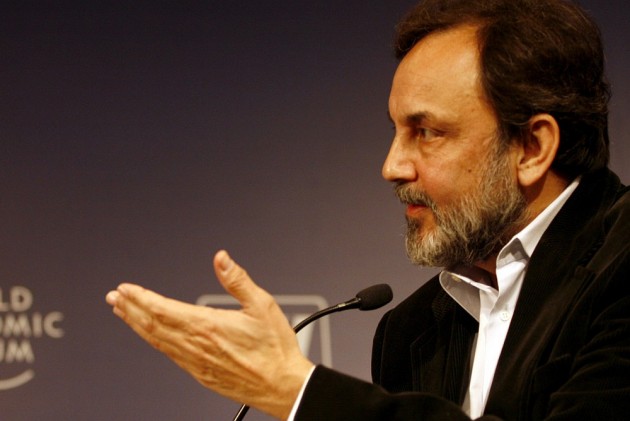 So although it is wonderful to see how far we have come, I believe that the media in India, and globally, is at a crossroads and there are some worrying trends that need course correction now, before it's too late. Never has the role of the media been more important; yet at the same time, never has it been so confused, some say misused. In an uncanny parallel with Britain, to take just one example, we are also in the midst of a debate on how much regulation, if any, the media in India needs.

With virtually no punishment, India's media runs on self-regulation, which gives it enormous 'soft power' to set the agenda. However, we may be reaching a tipping point and if we in the media don't take corrective steps now, a downward spiral leading to a loss in credibility may follow. I get a sense that it is already beginning to happen.

I do not believe there should be any government-led statutory regulation of any type as that would kill the greatest asset of India's media, its freedom. We have been fighting for twenty-five years against any form of control by politicians or the government, even if it is indirect, like by controlling the appointment of the head of a statutory body to oversee the media. However, I do not believe that the other extreme, of no regulation at all, works in our society.

Today in India, we have no real penalties for defamation or libel, and no effective privacy laws. It is, frankly, a free-for-all environment. You can say what you like, and get away with it, without being fined or penalized in any way. As a result our media is losing its rigour. There is, after all, no need to double-check your facts, no real need to do any research. The lack of punishment for defamation is leading to the end of honest journalism.

I know it goes against our own interests in the short term because we, ourselves, may be fined or punished, but NDTV is fighting hard for the implementation of defamation laws, by the judiciary, independent of the government. We have a Press Council that is toothless. It needs judicial powers. It's important to give the Press Council powers to impose fines and ensure that the appointment of its members be made by the judiciary, not by the government. We already have most of the laws in place. They just need to be implemented fairly.

In volatile countries like India, where social tensions simmer beneath the surface, the consequences of anonymity are even greater than stealing or defamation. For example, a wild anonymous message against a community, caste or religion can, and has, led to violence, panic and killing.

In 2012, tens of thousands of youngsters from the north-east of India living in Bengaluru fled the city because of anonymous messages that all north-easterners were going to be killed. Those who sent these messages were never caught because they hid in the anonymous world of the Internet. Terrorists constantly use the anonymity of the web.

While there are many advantages of anonymity — it is the essence of freedom on the Net — it is important to recognize that its inherent dangers might in certain circumstances outweigh those very benefits. Maybe it is time to bring the Internet a little closer to the responsibilities that all other forms of media face — you should take responsibility for what you write. A provocative message on Twitter in a sectarian confrontation can erupt in a wave of violence and death.

Let me be clear: I am not arguing for a complete ban on anonymity on the Internet. There are many degrees of anonymity that coexist. In everyday use, for comments, criticisms and opinions, anonymity must be allowed to continue. What is needed perhaps is a law that only permits the piercing of the veil of anonymity when a serious crime is committed, the very last resort. Once again it must be the judiciary, not the government, which decides when this can be done and ensure it is only in the rarest of rare cases.

Perhaps it's time for Twitter and YouTube to become sensitive to, and screen, messages that are dangerous or harm genuine democracies like India. We have different flashpoints to those in America or the rest of the West, and these too need to be stopped before they incite sectarian or communal violence.

Finally, in the context of regulations, I believe that any changes in the media environment must be initiated and guided by journalists, in dialogue with the judiciary, not with or by the government. And we need to take some key steps soon, before social pressures give governments the mandate to intervene. To change the rules of the game, the media needs to take the lead, to look beyond short-term profits, and take action with the long-term freedom and credibility of our media in mind.

So we, the media in India, have so much going for us. We have democracy in our DNA; we can, and do, question everything. We are at the cutting edge of new technology that bypasses government controls and frees our wings. Our media is more vibrant than anywhere in the world. Let's not throw it all away and commit hara-kiri as we are pretty good at doing. As journalists, let's not chase profits without purpose. Let's not forget the Heisenberg principle and turn into insiders. Let's voluntarily accept legal discipline when we defame and fail to do our research.

And let's embrace the new world of the Internet with imagination, and leverage that democracy in our DNA. The Internet is the future for all of us. It's a new sunrise for journalism. NDTV, for one, is now focusing on becoming a digital company more than a television company. We learnt a lesson during the last elections. Our website, ndtv.com, with what was widely considered to be non-tabloid election coverage, had 13 billion hits in twenty-four hours.

(Excerpted with permission from HarperCollins India).