"I know people accuse me of shooting off my mouth but I’m a comedian; that’s what we do. I can’t stand there in front of the TV cameras knowing the whole world is watching and act like I’m the President of the United States. Now, can I?" 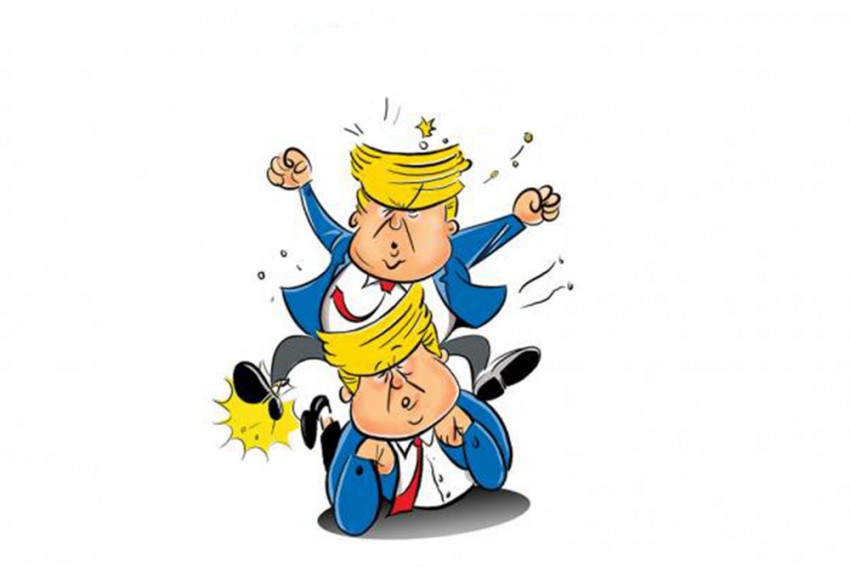 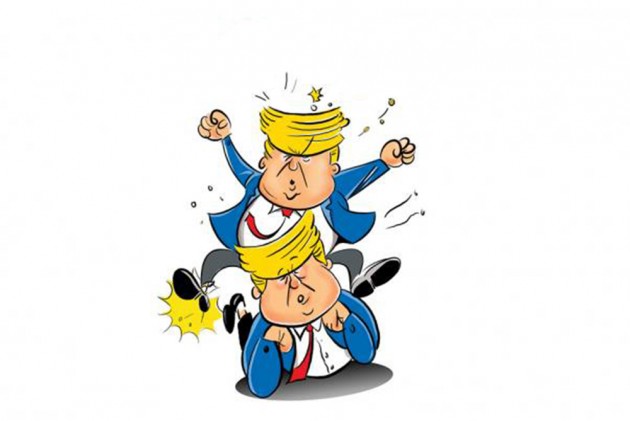 I like humour; it makes me laugh. Humour can be funny. I mean look at me; when I was dating, I always put in a line about my sense of humour. Women love that. I love women, from both sides. People really appreciate my lines; I always get a good laugh. Humour helps you deal with pain and adversity. I remember last year when I spilled some orange juice in my Cadillac, it was pretty horrible, but I said to myself look at the bright side. It could have happened in the Rolls. Funny guys get a lot of attention. The best kind of humour is if you can make the other guy feel small. If you are going to tell a joke best to do it at someone’s expense. Many people laugh at themselves; what are they, stupid or what?

One time I was working with this Chinese stand-up. Some guy called Xin Ping or Xi Zing, I don’t know. They have such funny names. Why can’t they be Fred or Joe; I don’t understand. He kept talking like those waiters in one of those uptown Chinese restaurants, sounding like a guy just off the boat. The worst are Russians; never work with Russians. They’ll always try to steal your ideas. When I was writing this routine about democracy and free speech, some real rolling-in-the-aisle stuff, this Russian guy tried to hack my account. I don’t know how he did that; I only gave him my password, nothing else. But that got the manager really worked up. He said that if I was trying to collude with him, he’d never let me work at the club again. I didn’t know what he meant so I checked the dictionary for collusion but couldn’t find it, so I guess there is no collusion. Some people like using big words. I made a sentence with the word contemporary once, then I dropped it and put in ‘modern’ so people would understand. I don’t like to show off like some guys. They can just look at me and tell I’m smart. I have a great vocabulary, believe me. One of the best. It’s unique. Like my hair.

Once there was this black guy, I guess he was an African American. I don’t know why we can’t say black any longer. You know, use the B word. It’s like Fake News: you have to be politically correct, even if it’s a lie. Anyhow, this guy used to work at the same joint before me. He got pretty pissed off because I told the club manager he wasn’t from around here. That got him riled, really riled. They were going to throw him out of the club. Then some Jew guy got it in him that I was racist. That’s a lie. I’m not racist at all. I love all kinds of people, black people, white people, racists, everyone. Truth is, people don’t really matter to me. I don’t care what colour they are, as long as they are white and can pay. If you think about it, there are good racists and bad racists, and there are racists on both sides.

That reminds me, I was doing a show for this club in DC; they sent me to the Middle East, somewhere in Saudi Arabia. I knew these guys wore white sheets there, and I remembered my dad had couple of sheets hidden under the bed, so I took them along. They made me perform in this big hall with chandeliers, fake carpets, and daggers, and all; it was really nice. Just like Vegas. They were real good to me, but I tell you, it was good to get back to the good old U of SA. It’s one hell of a great country, isn’t it? I wouldn’t trade it for any other place. I certainly like it better than Nigeria and Nicaragua and Nantucket. Even more than Norway, though I don’t think Norway is a country. It’s the capital of Scandinavia, isn’t it? In fact my folks came from Scandinavia, near Sweden somewhere. They were real smart. I guess they took my genes, and never gave them back. In this world you got all kinds of people. From both sides.

Thing is people’s race doesn’t really matter, as long as they are picking apples in California, and don’t become Supreme Court judges. But if they think they can get into our country so easily they are dreamers. You have to send them back where they came from, whether it’s Haiti, or Harlem, or Hackensack – those places called shithole countries. By shithole, I don’t mean shithole metaphorically, or as a simile, or even a quadratic equation. I only mean it euphemistically, which is my way of saying I went to an Ivy League school. Then you can build the wall. You can’t build the wall first, otherwise how do you send them back. Truth is I don’t mind if a couple of undocumented workers get in, but if it helps keep the Democrats out, hell, I say build the wall. And make them pay for it.

People keep telling me to stay away from political material. Politics doesn’t bother me. I don’t know what all the fuss is about. Whether you talk about trade or healthcare or taxes, it doesn’t matter what you say; it’s all in the delivery, the punch-line. What you say and what you mean are three very different things, you know what I mean. I know people accuse me of shooting off my mouth but I’m a comedian; that’s what we do. I can’t stand there in front of the TV cameras knowing the whole world is watching and act like I’m the President of the United States. Now, can I?

(Gautam Bhatia is a Delhi-based architect and artist. Views expressed are personal.)