US Has Forgotten Pakistan's Contributions In The War Against Terrorism', Says Hafiz Saeed 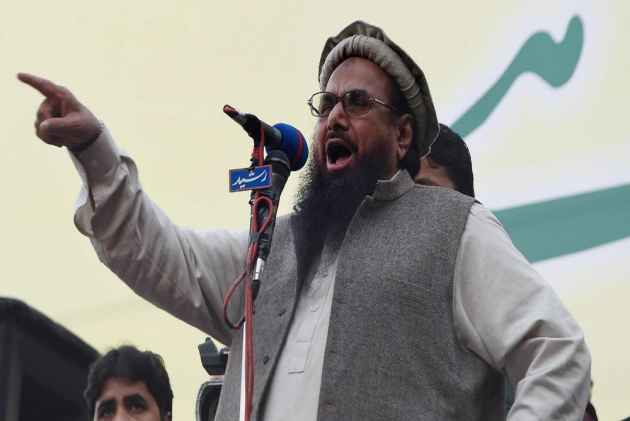 United Nations-designated terrorist and the 26/11 Mumbai attack mastermind Hafiz Saeed has said that the United States has forgotten Pakistan's contributions in the war against terrorism.

The Daily Nawa-i-Waqt quoted the Jamaat-ud-Dawah (JuD) Chief Saeed as saying at the 'Al-Quds Conference' that Pakistan has supported the U.S., but all our sacrifices in the war against terrorism were forgotten by America and it threatens us today.

Saeed further lambasted the U.S. saying that it cannot make 20 million Pakistanis their slaves by closing the financial aid and by imposing other restrictions.

"We are afraid of our God only, the Pakistani nation is brave and respected," he said.

The JuD chief also said that Pakistan doesn't need the U.S. charity and its support.

"In the court, there were several representatives of government authorities were standing in front of me, but everyone said Hafiz Saeed and his party's role is beneficial for Pakistan, despite the pressure of external forces, including the United States and India," Saeed said.

The Securities and Exchange Commission of Pakistan (SECP) on Monday ordered to prohibit all companies from donating cash to JuD and FIF, as well as several other such organisations named in a list of banned outfits by the United Nations Security Council (UNSC).

Earlier this week, Saeed invited all Islamic states to launch 'Jihad' against the United States and Israel.

The event was conducted in the wake of the US President Donald Trump-led administration unilaterally identifying and declaring Jerusalem as the capital of Israel.