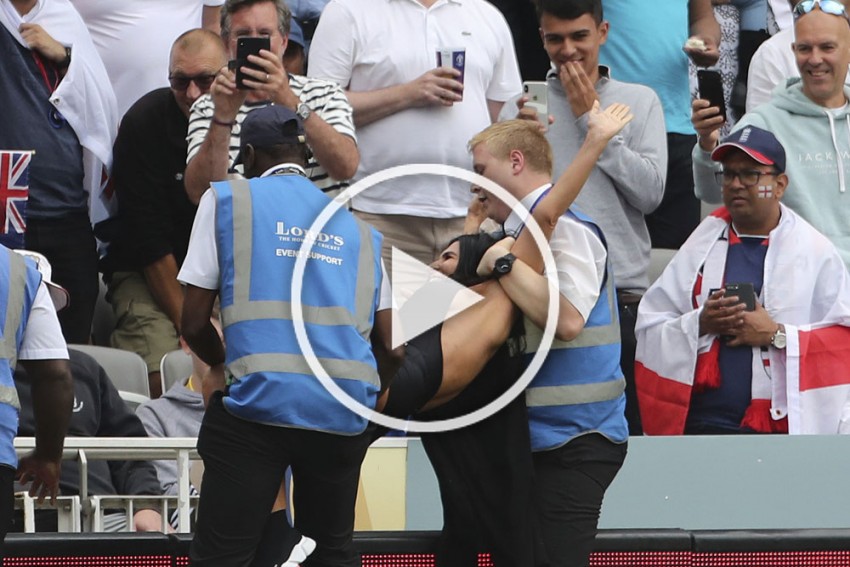 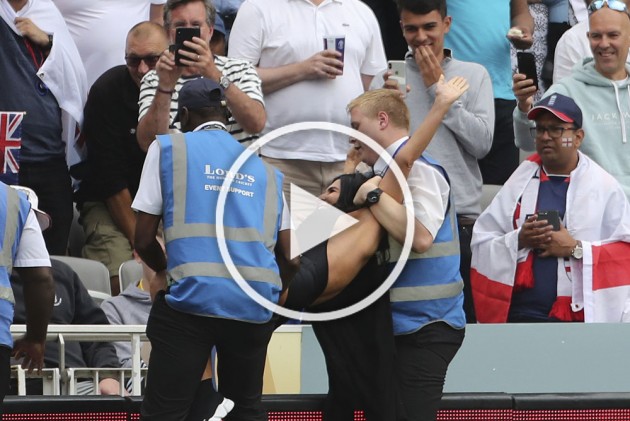 The final of ICC Cricket World Cup 2019 between England and New Zealand at Lord's in London on Monday witnessed an unexpected turn of event with a streaker unsuccessfully trying to invade the ground.

According to reports, the spectator, believed to be Elena Vulitsky, was advertising the same x-rated website that the pitch invader at the UEFA Champions League final between Liverpool and Tottenham promoted.

She was however hauled back into the stands by the ever vigilant stewards even she futilely tried to wrestle her way into the ground.

Failed streak attempt at the CWC final right infront of me. Advertising the same company as Champions League final streaker.

She is the mother of YouTuber Vitaly Zdorovetskiy who owns an x-rated porn-pranking website.

My mom is crazy!!!!! pic.twitter.com/GuDfyM2aU2

Earlier, New Zealand captain Kane Williamson won the toss and opted to bat first. The Kiwis set a target of 242 for England. Then the unthinkable happened. A tie.