The National Basketball Association (NBA), the most popular franchise-based league in the world, have made India its latest stop with a pre-season tour, featuring Indiana Pacers and Sacramento Kings 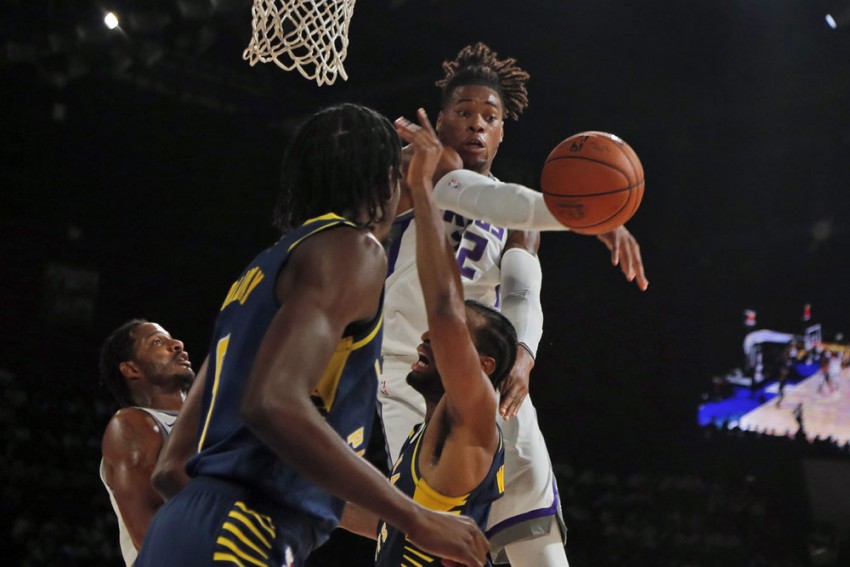 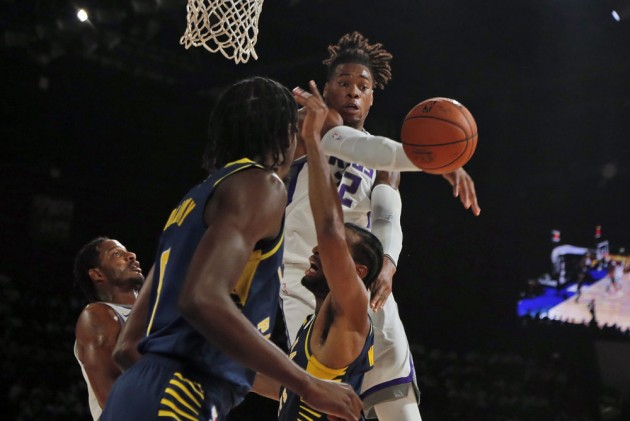 Some breath-taking basketball was on display at Mumbai on Friday as Indiana Pacers edged past Sacramento Kings 132-131 in a thrilling first pre-season contest, which was also National Basketball Association's (NBA) debut game in India.

Living up to the expectation, regulation time ended at 118-118, thus forcing the play for an extra five minutes. Then Pacers, who were trailing throughout the match, went ahead for the first time and managed to eke out a close win.

But it was even closer than one would think after seeing the score. Marvin Bagley (overall 12 points) produced a two-pointer in the dying seconds burt still failed to seal the deal for them.

In the additional time, T Warren (overall 30 points) took the lead for Pacers with a three-pointer, taking his side to a 121-118 lead. But the Kings bounced back with Harrison Barnes (overall 21 points) grabbing two points.

However, Domantas Sabons (overall 21 points), with a two-pointer again, took the Pacers ahead 123-120.

And once again it was Warren with a two-pointer took Pacers ahead, but the Kings came back but finally, it was a lay-up shot by Sabons that sealed the game for his side.

Earlier, the first-ever NBA game in India turned out to be a good outing for the Pacers at the NSCI.

Initially, the Pacers went ahead with two back-to-back baskets (two pointers) to take a 4-3 lead but then it was Kings' show at a jam-packed NSCI.

With a flurry of three-pointers, the Kings soon went ahead 17-6 as the Pacers defense was tested fully after the first five-and-half minutes.

However, a small break seemed to have rejuvenated the Pacers as they reduced the gap to 16-22 with five minutes left for the first-quarter to end.

The first quarter ended with the Kings enjoying a 10-point lead at 39-29.

The hoopsters from both the teams showed their class with dribbles, drills and shooting and dunks. A three-pointer from Nemanja Bjelica helped the Kings only extend their lead over the Pacers.

It was more about three-pointers now and the Kings were exactly doing the same as their lead soon swelled to 51-38 with eight minutes for the second quarter to end and then they gave no chance for the Pacers to make a come-back.

Kings ended the second quarter with another three-pointer to lead 72-59.

However, the third quarter belonged to the Pacers as, after the first four minutes, they nearly equalised with the scoreline reading 76-77.

It was neck-and-neck from thereon as the Pacers continued to reduce the gap. But every-time, they inched closer, the Kings ensured that they stayed ahead and a late three-pointer by Corey Joseph tilted the tide in their favour as they ended the third quarter with a slender 97-92 lead.

But the Pacers continued to bounce back and eventually managed to draw level at 118-118 apiece after the regulation time and force the game into additional time.

The second pre-season game of the tour will be played on Saturday, while the regular season begins on October 22.