An extraordinary week and a fine season continued for Andrey Rublev as he reached his first Masters 1000 final. 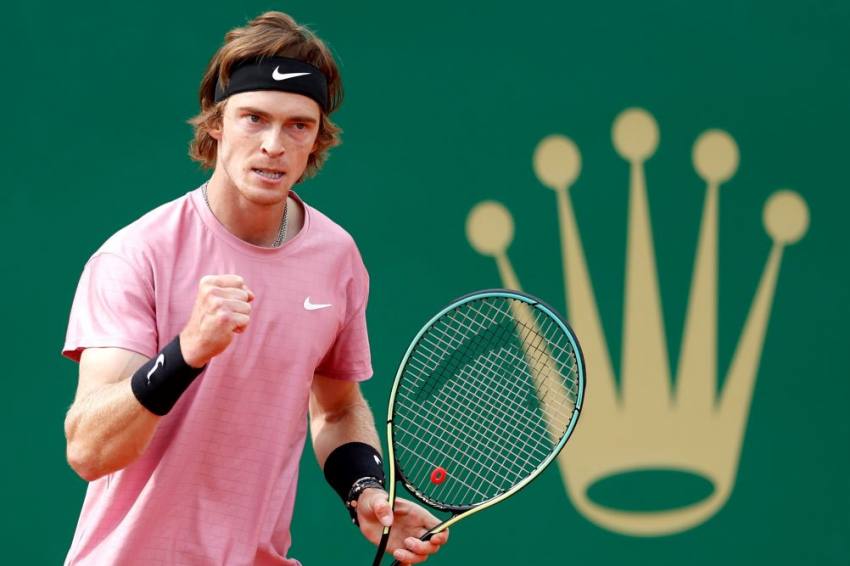 Andrey Rublev of Russia reacts after winning a point to Casper Ruud of Norway during their semifinal match of the Monte Carlo Tennis Masters tournament in Monaco on Saturday.
AP Photo/Jean-Francois Badias
Stats Perform 2021-04-18T00:45:01+05:30 Monte Carlo Masters: 'Amazing Feeling' For Andrey Rublev As He Sets Up Stefanos Tsitsipas Final 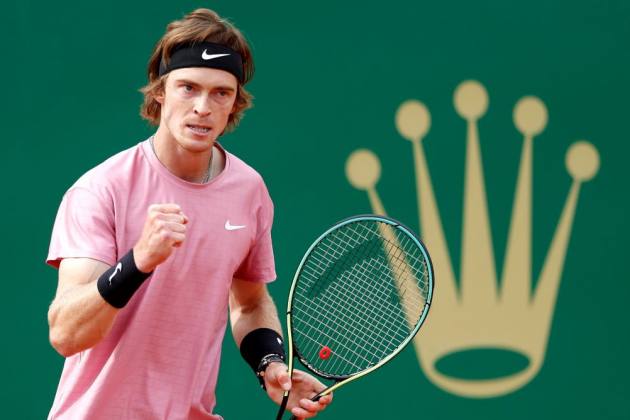 The Russian has had a remarkable week at the Masters 1000 event that included a stunning win over 11-time champion Rafael Nadal in the quarter-finals.

Rublev continued his fine run with a 6-3 7-5 win over Casper Ruud on Saturday to ensure he will do battle against Tsitsipas in his first final at this level.

Tsitsipas comfortably saw off Dan Evans – who had beaten Novak Djokovic earlier in the tournament – winning his semi-final 6-2 6-1.

Rublev had 21 winners in his 80-minute victory over Ruud and has a record of 24-4 this season, the ATP Tour's best.

"It is an amazing feeling - it is my first [Masters] final, so I am really happy," said Rublev.

"We will see what is going to happen [in the final]. I will try to do my best.

"Casper is a really amazing player, especially on clay. Since the beginning he put a really high intensity [on the court] and was really tough.

"I knew that I needed to raise my level if I wanted to fight against him, because if I [did] not raise the level I [would] lose for sure."

Rublev defeated Tsitsipas in straight sets on his way to winning an ATP 500 title in Rotterdam last month.

Six of his eight ATP titles have come since the start of last year.

It took Tsitsipas, who has not won a tournament for 14 months, only one hour and nine minutes to see off the challenge of Evans, forcing 11 break points to the Briton's one.

"I am indeed pleased with the performance," Tsitsipas said, with the Greek yet to drop a set in Monte Carlo.

"I found ways to play at my best. It was really difficult to maintain my level of consistency and I am really happy I managed to deal with all the different moments during the match.

"I'm feeling good. I'm feeling energised. I still have plenty of gas and energy left in me. I was able to have all of my matches done in two sets, so that is a big plus.

"I am happy to be able to play that way, just take it match by match, approach each individual match with the same intensity and energy - I'm really focused for Sunday."

Rublev has won three of his six career meetings with Tsitsipas and one of their two battles on clay.

Tsitsipas will be competing in his third Masters final, having lost to Nadal and Djokovic in his two previous appearances, the last of which came two years ago in Madrid.

Overall, Tsitsipas has won just five of his 13 ATP finals.