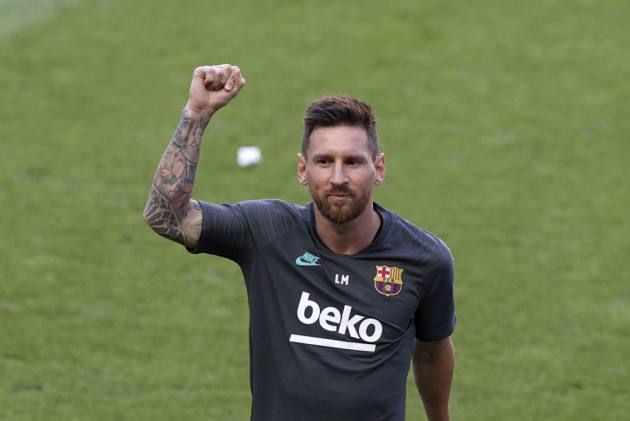 Lionel Messi was among the Barcelona players to cast his vote in the club's presidential election on Sunday. (More Football News)

Former president Joan Laporta is favourite to return for a second term in charge, with Victor Font and Toni Freixa the other men in the running.

A sometimes ill-tempered campaign was extended when a rise in coronavirus cases put back the original polling day of January 24.

And further tumult was added to proceedings this week when ex-president Josep Maria Bartomeu was arrested amid raids on Barcelona's headquarters by Catalan police this week.

Bartomeu was provisionally released under charges of unfair administration and corruption of business.

Elections were called after Bartomeu stood down in October, following a turbulent period in which Messi sought to leave the club.

But Barca captain Messi, who is out of contract in June and yet to commit to his next move, arrived to vote alongside fellow first-teamers Jordi Alba, Sergio Busquets, Sergi Roberto and Riqui Puig, as well as ex-Blaugrana forward Luis Enrique.

Laporta said this week he was the only candidate who could ensure Messi would stay at Camp Nou, while Font believes his proposal of bringing in Barcelona great Xavi as head coach would be persuasive to his former team-mate.