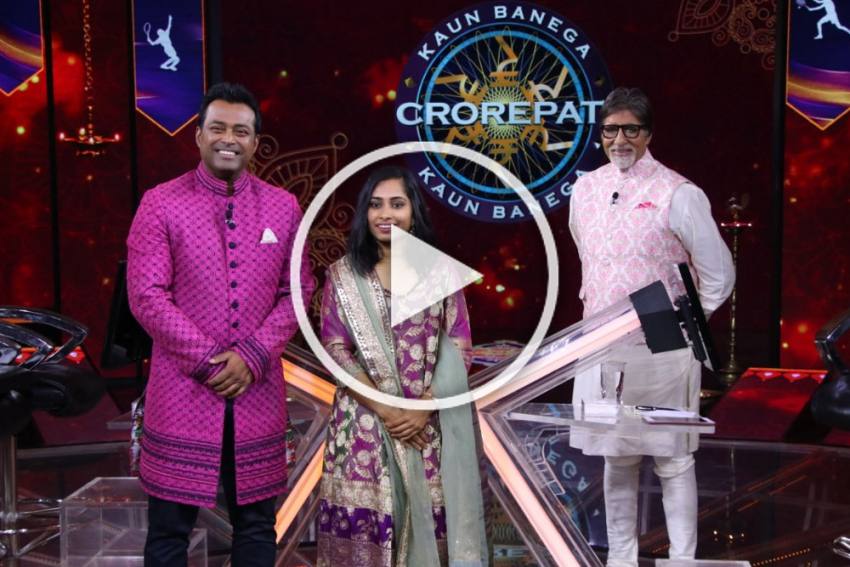 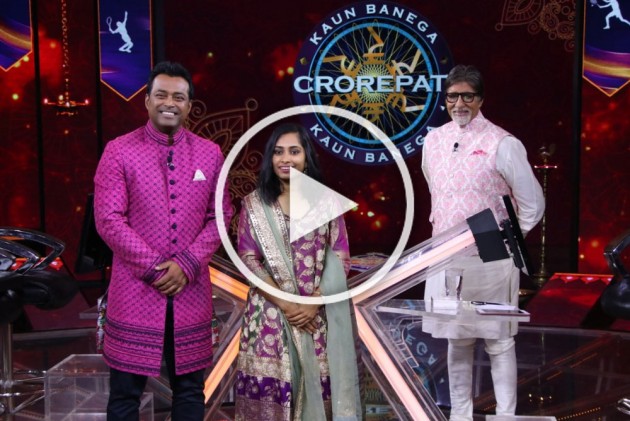 Dipa Karmakar and Leander Paes will be seen along with hosts Amitabh Bachchan in this week's Kaun Banega Crorepati 12, Karamveer special episode. The Olympic legends shared previews of the show on Thursday, with their special messages. (More Sports News)

Karmakar, who not only became the first Indian female gymnast ever to compete in the Olympics but also fought for a medal in the Rio Games, took to Twitter and wrote: "So thrilled to be sharing the screen with @SrBachchan and @Leander on @KBCsony 12 as a Karamveer."

So thrilled to be sharing the screen with @SrBachchan and @Leander on @KBCsony 12 as a Karamveer. ðÂÂÂÂÂÂÂÂÂ

For the record, Karmakar, 27, is one of the only five gymnasts who has successfully landed the Produnova. Named after Russian gymnast Yelena Produnova, the move is regarded as the most difficult vault of those currently being performed in women's gymnastics.

It’s an honour to have India’s pride, our two great Olympians #LeanderPaes and #DipaKarmakar as our Karamveers. Watch this episode in #KBC12 tomorrow at 9 pm only on Sony. #KBCKaramveer@SrBachchan @SPNStudioNEXT@DipaKarmakar @Leander pic.twitter.com/YN88G1zKIX

Paes, 47, is a living legend. Considered as one of the greatest doubles players in the history of tennis, Paes won a historic bronze medal for India in the 1996 Atlanta Olympic Games. And he remains the only tennis player to compete at seven Olympic Games.

About the upcoming Diwali episode of KCB, he wrote: "Great to be back on the Hot Seat with
@SrBachchan sir, on #KaunBanegaCrorepati."

Great to be back on the Hot Seat with @SrBachchan sir, on #KaunBanegaCrorepati. Watch the #KBCKaramveer Episode on Friday 13th November, 9pm onwards on @SonyTV https://t.co/z4J2ZMMzBX

During the show, Karmakar and Paes will also talk about their personal struggles and share life experiences. Watch the episode this Friday at 9 PM IST on Sony Entertainment Television.