The first time Kings XI Punjab and Delhi Capitals clashed in IPL 2020, the match ended in a Super Over and DC emerged victorious. Watch KXIP vs DC on live streaming and live TV. Details here 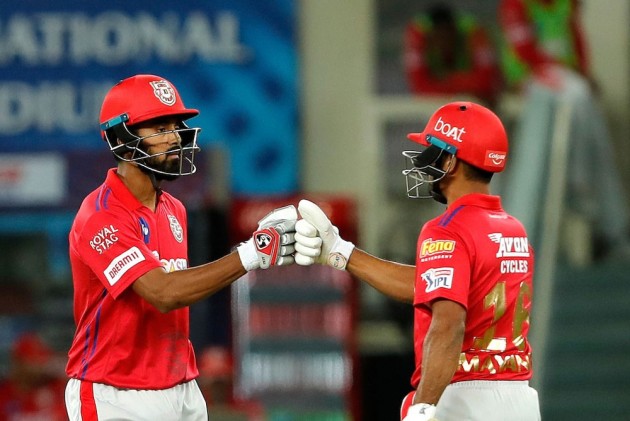 Kings XI Punjab and Delhi Capitals return to a venue that has now become synonymous with Super Over finishes. The Dubai International Cricket Stadium will host the KXIP vs DC IPL 2020 match on Tuesday. The first leg match between these two teams on September 20 in Dubai had ended in a Super Over and heartbreak for Kings XI Punjab. Watch live coverage of KXIP vs DC on TV and online.

Kings XI Punjab are now getting used to Super Over finishes. On Sunday against defending champions Mumbai Indians in Dubai, KXIP featured in a historic IPL game that was not decided by one Super Over but two. Chris Gayle and Mayank Agarwal got the runs in a jiffy after Mohammad Shami restricted Mumbai Indians to 11 for 1 in the second Super Over.

The KXIP batting line up has undergone a lot of change ever since that first match against Delhi Capitals ended in a defeat for KL Rahul's Punjab team. Nicholas Pooran had given solidity to the wobbly middle order and his senior West Indian pro Chris Gayle has added spark the team was missing at No. 3.

Gayle has played two matches in this IPL so far. He scored a brisk 50 in the first game against Royal Challengers and on Sunday, slammed the first six off Trent Boult's Super Over as KXIP raced to victory against MI, He has batted with purpose and wants to shoulder more responsibility by leading with example.

Delhi Capitals, who are on top of the IPL standings with 14 points from nine matches, can't afford to take KXIP lightly. DC are coming off a good five-wicket against Chennai Super Kings. Shikhar Dhawan's maiden IPL century was a highlight of the match against CSK but it was Axar Patel's audacious batting (three sixes) in the final over against Ravindra Jadeja that turned heads. That's been the beauty of DC. The team has a number of match-winners and more importantly, a very well-balanced bowling attack led by South African Kagiso Rabada.

The KXIP vs DC match should see an interesting battle between the KXIP top four batsmen led by Rahul and Mayank Agarwal and Delhi's pace duo of Rabada and Anrich Nortje. KXIP are sixth in IPL standings with six points from nine games so far.