Home  »  Website  »  Sports  »  In T20s, Pressure Is On Batsmen As People Come For Entertainment: Tabraiz Shamsi

In T20s, Pressure Is On Batsmen As People Come For Entertainment: Tabraiz Shamsi

Tabraiz Shamsi had decent figures of 1/19 in three overs during the second T20 International in Mohali and is now looking forward to drawing the series level at the Chinnaswamy Stadium which used to be his "home ground" a couple of seasons back. 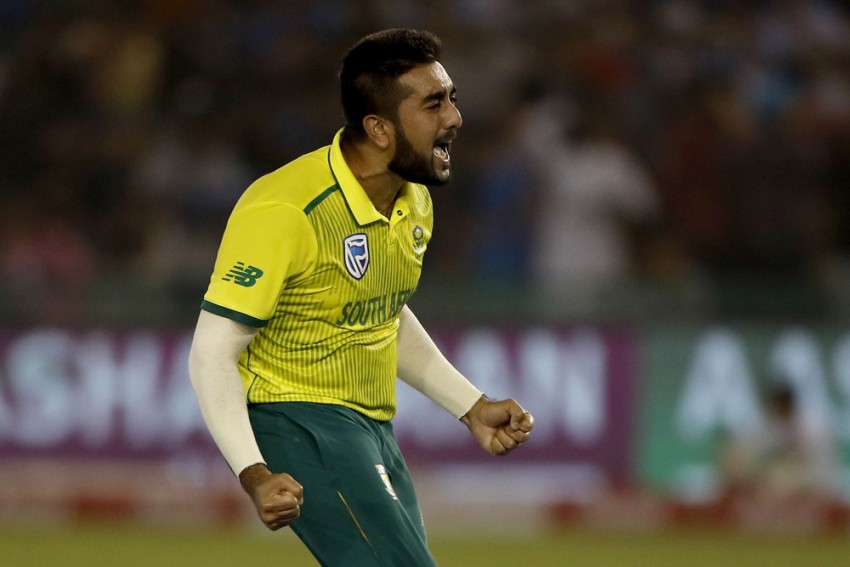 South Africa, for a number of years, had Imran Tahir as their premier wrist spinner and Tabraiz Shamsi looks at it as a challenge rather than responsibility to rise to the occasion.
AP
PTI September 20, 2019 00:00 IST In T20s, Pressure Is On Batsmen As People Come For Entertainment: Tabraiz Shamsi 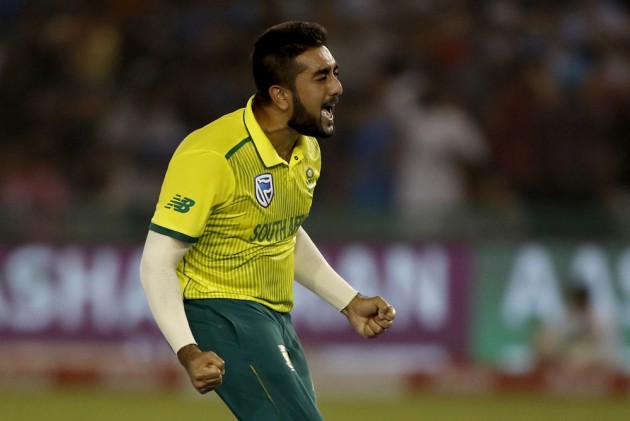 South Africa's left-arm wrist spinner Tabraiz Shamsi feels that T20 is a batsmen's format in which bowlers like him are there to "spoil the party", which the fans come for.

The 29-year-old had decent figures of 1/19 in three overs during the second T20 International in Mohali and is now looking forward to drawing the series level at the Chinnaswamy Stadium which used to be his "home ground" a couple of seasons back. Shamsi used to play for the local IPL franchise Royal Challengers Bangalore.

"I feel it puts all the more pressure on the batsman to go out there and do what people want to see. So as bowlers, we are just there to spoil the party and make sure that we execute our plans well," Shamsi, who has played 17 ODIs and 15 T20 Internationals for the Proteas, told PTI in an interview.

The third and final T20 is scheduled to be held here on Sunday.

"Chinnaswamy is a small stadium and I mean it's a T20 series, so people obviously are coming there to see batsmen hit fours and sixes. They are not there to see you bowl a maiden over and that's what it's all about," he said.

Shamsi's stint at RCB has helped him grow as a cricketer with the likes of Virat Kohli and Chris Gayle providing him useful tips.

"Definitely, it helps when you are around speaking to world-class players like Virat, Gayle and Shane Watson. The world of cricket is shrinking in the sense that everyone is ready to share knowledge," he said.

"You will find senior South African fast bowlers imparting knowledge to Indian fast bowlers and vice-versa. Being familiar with surroundings while playing for RCB will certainly help," feels Shamsi.

South Africa, for a number of years, had Imran Tahir as their premier wrist spinner and Shamsi looks at it as a challenge rather than responsibility to rise to the occasion.

"I don't see this as an additional responsibility. When Immy (Tahir's nickname) was there in the team, my job was to do what's best for the team and obviously with him not being there, I am the only wrist spinner in the team.

"But I have not shied away from challenges and India is another one of those," said the burly spinner.

The wrist-spinners' club is a small one and there remains a tendency to seek each other out while explaining notes on the tough art.

"Being a leg-spinner myself, I know guys tend to help each other out as it's a small club and we know how tough our art is. I found spending a lot of time with Tahir but I have found all the leg-spinners in the other teams easy-going."

He idolised Australia's chinaman practitioner Brad Hogg while growing up.

"Hogg, I used to watch his bowling a lot during my growing up years. He was the only left-arm wrist spinner playing the game then.

"But if you see knowledge is everywhere and you just have to be open-minded and to be able to pick things that works for you and leave things that don't work for you."

A lesser-known fact about Shamsi is his love for magic tricks, which he developed from his school days.

"I always like making people laugh and that's what I try to bring onto the field as well," said Shamsi.

"When we became professionals, there is a lot of pressure with people scrutinising everything but I don't ever want to forget that why I started playing the game," he added.

"I started because I loved it. My celebrations are a part of me and playing cricket doesn't just become a job. Couple of guys have seen but then a magician never gives away his tricks," he wants the mystery to remain.