A day on from beating Andy Murray, Dan Evans was the last man standing in the Battle of the Brits 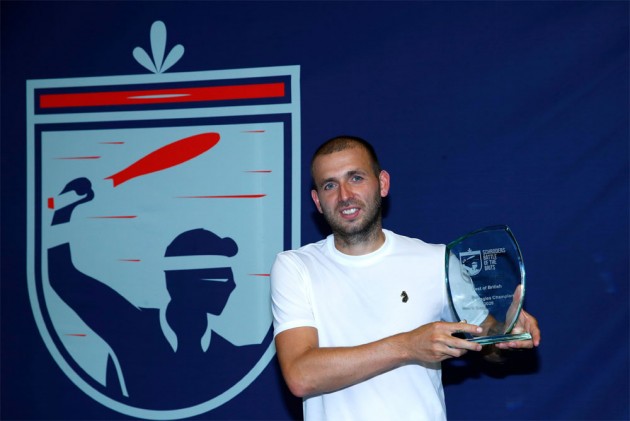 The British number one has enjoyed an unbeaten week at the LTA's National Tennis Centre, including beating Andy Murray in Saturday's semi-final, and was in fine form on Sunday.

Edmund was broken three times during a first set in which Evans' power from the baseline and ability to move forward was the difference maker.

It was a great start to the second set for Edmund, who broke at the first time of asking, only to hand that advantage straight back.

The clinical Evans then won four straight games from 2-2 to wrap up the win in one hour and 18 minutes.

"As Kyle said it was like a tour event and I wasn't sure how it would work out," Evans said.

"Thanks to everyone who has worked on it, all the players have loved it - that's the truth. Everyone has been raving about the tournament.

"It has been a long week and a great week."

Murray was scheduled to play in the third-place match but withdrew due to a shin injury.

His replacement, James Ward, was beaten 6-3 7-5 by Cameron Norrie.