Jitender Kumar's performance in the Asian Wrestling Championships, was enough to convince the national federation that he should travel to Bishkek, Kyrgyzstan for the Olympic Qualifiers. 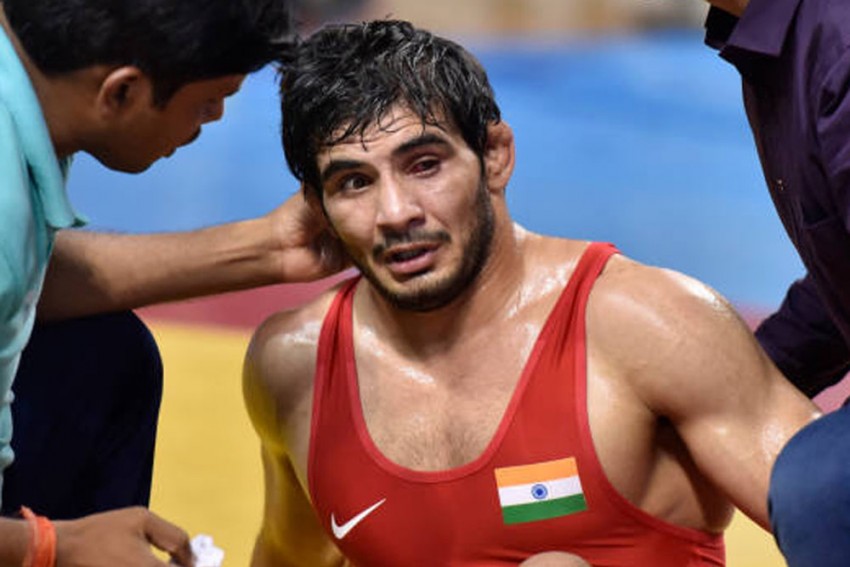 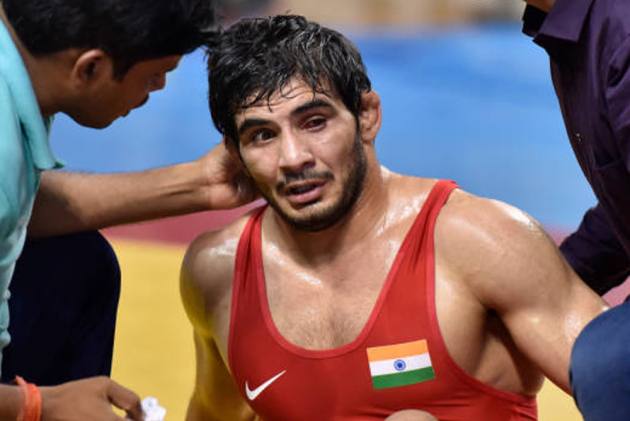 Jitender Kumar sealed his place in the Indian team for the Olympic Qualifiers by reaching the 74kg final at the Asian Championships even as a sluggish Deepak Punia and overconfident Rahul Aware will fight for bronze after losing their respective semifinals, on Sunday.

After winning his Qualification bout rather easily, Jitender just about managed to win his following bouts against Iran's Mostafa Mohabbali Hosseinkhani (2-2) and Mongolia's Sumiyabazar Zandanbud (2-1).

However, his performance was enough to convince the national federation that he should travel to Bishkek, Kyrgyzstan for the Olympic Qualifiers and a re-trial in this category was not required.

It means that two-time Olympic medallist Sushil Kumar, who also competes in 74kg, will have to wait and see how Jitender fares in Bishkek where the finalists will qualify for the Tokyo Games.

If Jitender reaches the gold medal bout there, it will shut the door on the two-time Olympic medallist Sushil, who has been struggling since the 2018 Asian Games.

Jitender's attack from distance were not good enough to get a good grip on his rivals. Largely, he was defending from standing position.

In fact, in the semifinal against the Mongolian, all three points were scored on passivity as the bouts lacked flare.

His final is against Kazakhstan's defending champion Daniyar Kaisanov.

"We will not have trials in any category in men's free style. We will see how our wrestlers perform in Bishkek," WFI President BB Sharan Singh said.

Much to the disappointment of home fans, world championship silver medallist Deepak lost his 86kg semifinal to Japan's Shutaro Yamada as he hardly attacked.

His style was identical to Jitender's as his moves from distance did not fructify.

Against Yamada, the only points he scored from a takedown were removed after a successful challenge from his opponent's camp.

Usually Deepak fights till end but today he looked a pale shadow of himself. It is his first event since giving a walkover to Iranian great Hasan Yazdani in the World Championship final due to an ankle injury.

He will fight for bronze against Issa Abdulsalam Abdulwahhab Al Obaidi.

In the non-Olympic 61kg category, Rahul, who won a bronze at the Worlds in Nur Sultan, paid the price of being overconfident as his unnecessary challenges cost him dearly.

His movement was terrific and his attacks good but untimely challenges resulted in him losing points in both the quarterfinal and semifinal.

In a fast-paced and high-scoring quarterfinal bout against Uzbekistan's Jahongirmirza Turobov, Rahul won 11-9, largely because of his superior defence.

The Pune grappler lost his semifinal to Kyrgyzstan's Ulukbek Zholdoshbekov 3-5.

He was trailing 0-2 early in the second period when he challenged a call only to lose it with a point. It was on his insistence that coach Jagmander Singh challenged the call.

Soon he reduced the margin with a takedown, making it 2-3. With just 36 seconds left, he went on offensive but it was his rival who took two points with a throw, sealing Aware's fate.

He will fight for bronze against Iran's Majid Almas Dastan.

In the 125kg, Satender won his qualification bout in a hilarious fashion but later lost his quarterfinal and repechage rounds.

In the 92kg, Somveer's challenge lasted just 24 seconds as his Uzbek rival Ajiniyaz Saparniyazov finished the quarterfinal in a jiffy, applying 'fitley' following a takedown.