Home  »  Website  »  National  » Opinion  »  GNCTD Act: Centre Took Away All His Delhi Powers; But Why Is Kejriwal So Silent?
Blog

GNCTD Act: Centre Took Away All His Delhi Powers; But Why Is Kejriwal So Silent?

The silence of the Aam Admi Party, the worst-hit by the Government of National Capital Territory of Delhi (Amendment) Act’s new provisions, has been deafening. 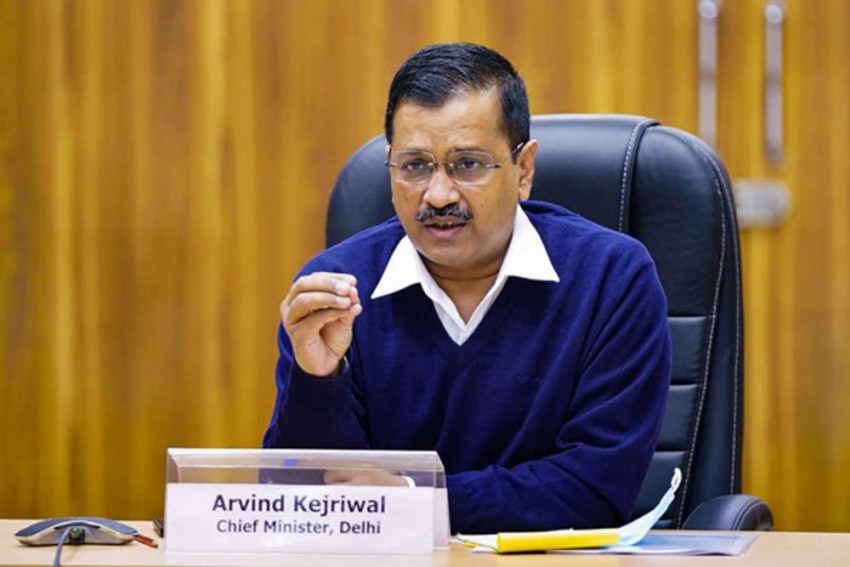 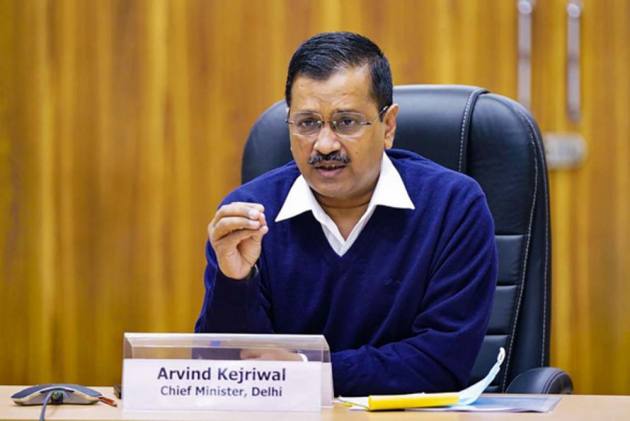 It’s been over a week since Parliament passed the Government of National Capital Territory of Delhi (Amendment) Act amid protests by 12 Opposition parties, including the Aam Aadmi Party (AAP), who collectively dubbed the legislation as “unconstitutional”. The Act exponentially increases powers of Delhi’s nominated Lieutenant Governor while emasculating the elected government and Assembly. Yet, the hubbub created by AAP when the legislation was introduced and debated upon in Parliament seems to have died down. The silence of Delhi’s ruling party – obviously the worst-hit by the new law’s provisions – especially since President Ram Nath Kovind gave his assent to the amended Act, on March 28, has been deafening.

Have Delhi chief minister Arvind Kejriwal and the AAP, who fought a shrill but successful three-year-long legal battle against the Centre to protect the legislative and executive powers of Delhi’s elected government, made their peace with being reduced to running a rubber-stamp government, forced into submission by the BJP-led Centre? If yes, then why has the party not explained to lakhs of its voters that their elected representatives will now work on the whims of the L-G and that the AAP government, as provisions of the Act now state, will have to wait for the administrator’s opinion on every legislative, policy or executive matter? If no, doesn’t the AAP owe an explanation to its voters about how it intends to preserve the value of their vote, cast as it was for Kejriwal’s party in the hope of a slew of development works and reforms.

Barring a perfunctory protest at Jantar Mantar, on March 17, party MP Sanjay Singh’s emotional outburst when the Rajya Sabha debated the Bill and some angry tweets directed against the Centre, the AAP hasn’t even bothered reaching out to the electorate that gave Kejriwal two consecutive and comprehensive victories to explain how their vote has been rendered worthless. “This was a party that had its genesis in anarchical street protests. Even in the initial years of its electoral victory, the AAP would take to the streets to protest against the slightest obstruction of its mandate to govern – Kejriwal and his colleagues would protest outside Parliament or sit on dharna at the residence of the L-G. Today, when the elected government has been reduced to a puppet of the central government whose strings will be held by the L-G, they haven’t even bothered to launch a campaign to protect their constitutionally-guaranteed powers,” says Anil Chaudhary, president of the Delhi Pradesh Congress Committee.

The AAP had announced that it would challenge the amended law in the Supreme Court. The amended GNCTD Act ostensibly overrides the five-judge constitution bench judgment of 2018. The 2018 verdict had clearly laid out the separation of powers between the Delhi government and the L-G. It upheld the supremacy of the Delhi government and the state assembly in all legislative and executive matters barring those related to public order, land and the police. The judgment had also cautioned the L-G against behaving like an “obstructionist” and said that the centrally-appointed administrator of the national capital is “bound by the aid and advice” of the city-state’s council of ministers.

There is still no word from AAP on when it plans to move the top court. Given the brief, albeit eventful, political existence of AAP, this is, by itself, an anomaly that is hard to ignore. While the Bill was passed by Parliament last week, it has been nearly two months since its contents were known following the Union cabinet’s approval to the draft amendment, on February 3. Surely, accounting for the BJP-led central government’s brute majority in the Lok Sabha and its ability to get contentious legislations passed in the Rajya Sabha, AAP would have pre-empted that the GNCTD (Amendment) Bill will sail through Parliament. Did it not feel prudent to consult legal experts, particularly those who successfully fought its case in the SC in 2018, and be prepared to immediately challenge the Act after its passage by Parliament?

While the Bill was still being debated in the Rajya Sabha on March 24, AAP MLA Atishi had told Outlook, “the fight against this unconstitutional and unethical law will be fought from the streets of Delhi to the highest court of the country”. A week later, chief ministers of other non-BJP/non-NDA ruled states such as Congress’s Ashok Gehlot in Rajasthan, CPM’s Pinarayi Vijayan in Kerala and Trinamool Congress’s Mamata Banerjee in West Bengal have come out with strong condemnation of the amended law, likening it with “murder of democracy” and “an affront to our federal principles and rights of States”. Kejriwal, however, seems content with other Opposition parties fighting for his government’s rights. Sources say Kejriwal had personally reached out to interim Congress president Sonia Gandhi and leaders of other Opposition parties soliciting their support against the GNCTD (Amendment) Bill when it was being debated in Parliament. Gandhi had assured Kejriwal of her full support. The Parliament session saw Congress leaders Manish Tewari and Abhishek Manu Singhvi putting up a spirited argument in the Lok Sabha and Rajya Sabha respectively against dilution of powers of the Delhi government.

The passage of the Bill by Parliament was a foregone conclusion – both AAP and the Congress would have known this. Yet, since the Presidential nod for the Act, while the Congress in Delhi, decimated to its core by the AAP over the past eight years, is still making some noises against the new law. What explains the radio silence of Kejriwal and his colleagues? AAP can’t take the excuse of being caught up with elections in Tamil Nadu, Kerala, Bengal, Assam or Pondicherry. The argument of waiting for judicial intervention doesn’t hold either as the party spent the period between 2015 and 2018 simultaneously staging raucous protests and fighting a legal battle on the issue of separation of powers. Perhaps, the raging Covid pandemic then? Not a sustainable excuse either as the pandemic doesn’t stop the party from launching a series of press conferences, awareness drives and social media campaigns highlighting the net results of the changed power arithmetic.

Conspiracy theories explaining Kejriwal’s caginess in launching a sustained campaign – legal and political – against the BJP-led Centre over the new law are many. The Delhi units of the Congress and BJP forward various theories while the AAP remains mute; perhaps waiting for Kejriwal to spell out his strategy. Some say being reduced to a rubber stamp government, the AAP now has the ready excuse to justify administrative inadequacies by pinning the blame on an obstructionist L-G for any populist poll promises it finds difficult to fulfill. It can keep the Delhi voter engaged in theatrics by announcing huge doles and pro-people schemes which may run into a deadlock with the L-G and then claiming that though the government’s intent is honest, the delivery has been hamstrung because of the Centre’s antipathy. Others believe AAP is convinced of its hold over Delhi, irrespective of the ramifications of the new law, and wants to focus more on its expansionist ambitions.

In Punjab, the only state that elected AAP lawmakers to the Lok Sabha in 2014 and where the party succeeded in building a vote bank, the party is reportedly trying to woo Congress leaders who are unhappy with Captain Amarinder Singh’s leadership. Sources say Kejriwal has been in touch with anti-Amarinder Congress leaders Navjot Singh Sidhu, Partap Singh Bajwa, Pargat Singh and some others and has even promised Sidhu that he’ll be made the AAP’s CM face in next year’s Punjab Assembly poll campaign. With the BJP, a fringe player in Punjab, already facing furious mobs in the aftermath of the contentious farm laws and the Shiromani Akali Dal (SAD) too struggling for survival, the AAP sees an opportunity to re-emerge as a viable alternative to the Congress – even if it is the Grand Old Party whose support Kejriwal solicits nationally when he has bigger battles to fight against the BJP.

Of course, there’s a more straightforward justification for Kejriwal’s present docility against the Centre. He is remorseful, or at least embarrassed, about his full-throated endorsement of what the BJP did to Jammu and Kashmir a year ago by abrogating Article 370, stripping away J&K’s statehood and then bifurcating Jammu and Kashmir from Ladakh to carve out two Union territories. But then, AAP leaders repeatedly justified the party’s support for what happened to J&K while opposing the GNCTD (Amendment) Bill before its passage in Parliament. Anyway, remorse and embarrassment over contradictory and indefensible actions don’t come naturally to Indian politicians.

So, the big question still is – has AAP given up on Delhi and its people? Mr. Kejriwal, why so silent?

Complete Lockdown In Maharashtra? As State Reports 47,827 New Cases, This Is What Thackeray Says