Ministers certainly can make or break businesses, but I doubt whether they can change our otherwise mundane lives. 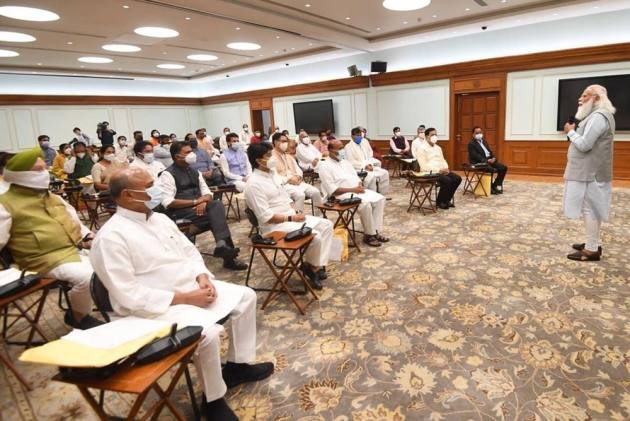 The coverage was breathless, but I found it far from breath-taking. As Prime Minister Narendra Modi went about executing his much-hyped cabinet expansion—dropping some and inducting several others—the non-stop, high-pitched media coverage that included the arrival of leaders at the Delhi airport and their entry and exit from the prime minister’s residence somehow left me wanting to take a break.

True, cabinet expansions and their rejigging are important as they impact how well or badly our federal government will be run. Though the current government we have is run by someone who is commonly described as a strongman towering over everyone else, there is still no escaping the adage that ‘you are as good as your team’. It means Prime Minister Narendra Modi – despite his preeminent place – still requires men and women around him to deliver. And the delivery is what we the common citizens are concerned about.

But that being conceded, I nevertheless couldn’t come to terms with coverage that began hours after the sad demise of tribal activist Stan Swamy in State custody, and well over a day in advance of the actual expansion. This despite the notoriously noisy TV channel with 10 simultaneous split screens telling us loudly that the cabinet reshuffle was a seminal moment, showcasing the political sagacity and sense of timing of our prime minister.

Cabinet Reshuffle: Five Things To Look Out For

Call me cynical, but I am struggling to make sense of what earth-shattering difference would the reshuffle make to ordinary people like you and me. Well, the royal scion Jyotiraditya Scindia is likely to be made a minister. So would possibly be Meenakshi Lekhi, Ashwini Vaishnaw, Sarbananda Sonowal among several others. On being administered the oath of office, they would grow in stature and in influence. But what qualitative change does it bring to our lives?

I understand that the make-up of a cabinet is particularly significant from the point of view of the corporate sector. Their commercial interests are determined, often rising, and falling with who is the minister in charge. Remember the Radia tapes and the spotlight it shone on the twilight world of corporate lobbying for who gets to be the telecom minister entrusted with the profitable task of selling spectrum? Ministers certainly can make or break businesses, but I doubt whether they can change our otherwise mundane lives.

My reservations over the blanket coverage of the cabinet expansion stems precisely from that. The rejigging of ministers – removing deadwood and inducting fresh blood – is important, but not as important as it is being made out to be by sections of the media that is constantly looking out for breaking news. Scindia arriving at the airport, being received by a boisterous crowd of supporters, entering the PM’s residence and etcetera are essentially non-news for me.

I have been equally indifferent to the other leaders whose movements have been energetically tracked and every word spoken by them minutely dissected. One Sadananda Gowda resigning as the union minister of Chemicals and Fertilisers, or Raosaheb Dadarao Danve quitting as the minister of state for Corporate Affairs is hardly the stuff to set my imagination on fire. For that matter, you will have to pardon my ignorance. I was not even aware of the existence of ministers such as Dadarao and Sanjay Dhotre – outgoing minister of state for education - until the news wire flashed their names as those who have quit.

The only time perhaps when the over-the-top coverage of the expansion made me sit up and take note was when Harsh Vardhan’s name flashed across the television screen. Squarely blamed for much of the mismanagement that blighted our lives and resulted in immeasurable sufferings and deaths during the Covid second wave, Vardhan’s departure as the union minister health minister was long overdue. Unlike many others in the cabinet, he was accessible, friendly and courteous. Yet, his exit from the cabinet gives us renewed hope that our establishment with a more capable minister would do better in dealing with Covid.

The exclusion of Harsh Vardhan apart, the expansion might have little else for me. Of course, a lot would be made out of regional aspirations and caste equations that would have gone into making of the new cabinet. Political pundits will decipher and delve at length on how and why the new entrants were chosen and some of the existing ones given the chop. Uttar Pradesh is going to elections, and that explains the possible induction of Anupriya Patel with her Kurmi vote bank in mind. Dalits deserved a proper say in decision making and they got about a dozen of them. Accused of inaction on many fronts, the government required an image makeover and some young blood, which the likes of Jyotiraditya Scindia and others below 55 years of age now expectedly bring in.

All of these are great points to discuss and debate and will certainly enliven our political discourse. But none of it makes it a life-defining moment as is being made to out to be by many. Such cabinet expansions have happened in the past, and they will happen again in the future. That being the case, the death of Stan Swamy or the demise of Dilip Kumar continue to occupy my mind. The cabinet reshuffle is just a sideshow.