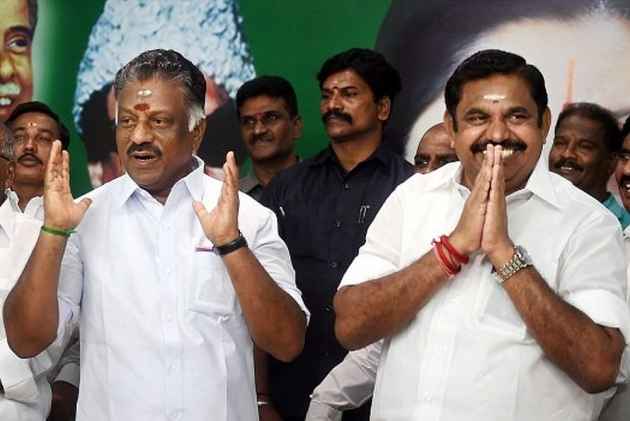 The Madras High Court has said no floor test will take place in the Tamil Nadu Assembly before September 20, reports news agency ANI.

Earlier in the day, The T.T.V. Dinakaran faction had met the officials from the Elections Commission and requested them to declare the recently-conducted general council meeting of the AIADMK party null and void.

The faction also moved the Madras High Court on plea over a floor test in the Tamil Nadu assembly.

The DMK had on Tuesday moved the Madras High Court, seeking a direction to the Tamil Nadu governor to order a floor test for the K Palaniswami-led state government in the Assembly in the wake of a group of ruling AIADMK MLAs withdrawing support to the chief minister.

It also sought a direction to the chief minister, refraining him from taking any major policy decision, pending the disposal of the petition.

The petition stated that 19 MLAs, loyal to AIADMK deputy general secretary TTV Dhinakaran, who is sidelined within his own party, had written individual letters to Governor Ch Vidyasagar Rao on August 22, informing him of their withdrawal of support to chief minister Palaniswami.

Besides, the 98 MLAs of the DMK and its allies in the opposition had expressed their "unequivocal no-confidence" in the government, it said, adding, "Hence, it is clear that the the government has lost its majority."

Thus, it was the duty of the governor to ask the government to prove its strength in the House, it said.

Stalin had, on Sunday, called on the governor and urged him to direct the Palaniswami government to prove its majority in the Assembly within a week, in the wake of the revolt by the 19 AIADMK MLAs against the chief minister last month.

He had said that if the governor did not act on the DMK's plea within a week, the party would take legal recourse and also approach the "people's court".