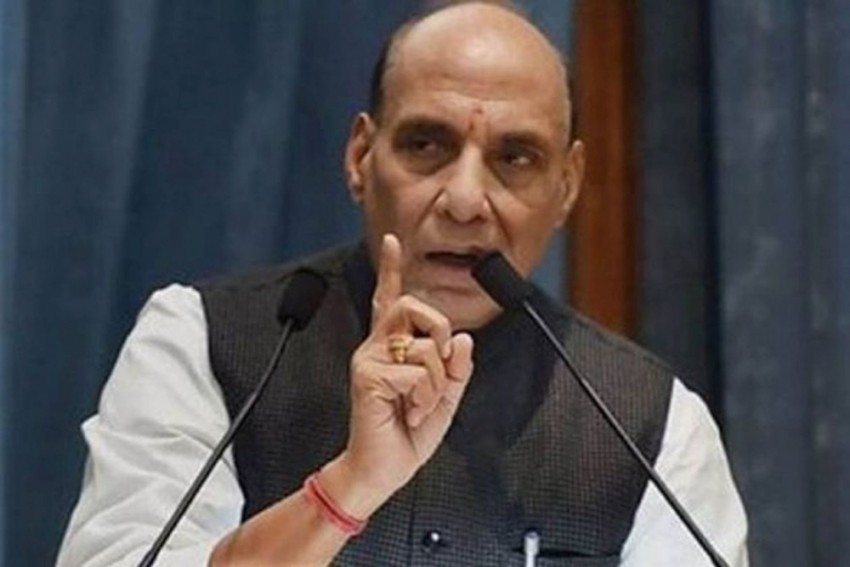 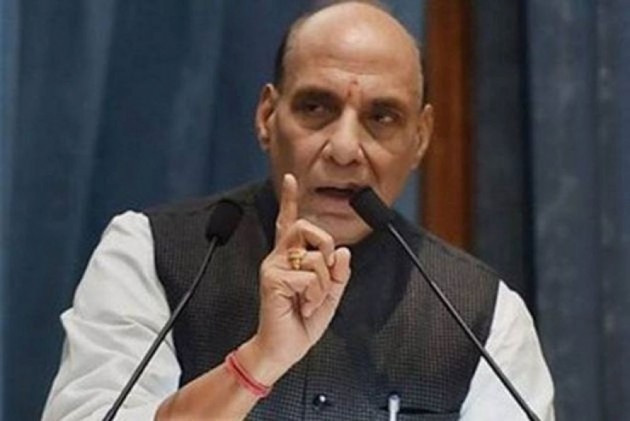 Launching an offensive against the Congress, Union Defence Minister Rajnath Singh on Thursday accused it of internationalising the Kashmir issue and reiterated that it is an internal matter.

Addressing a poll rally ahead of assembly elections on October 21, the BJP leader brought up a meeting between Labour Party leader Jeremy Corbyn with representatives of the Congress in London, and said they held discussions on alleged human rights violations in Kashmir.

The Defence minister said many people had lost their lives in terror activities in Jammu and Kashmir and slammed the Congress for not giving its attention to the issue at that time.

"Ajeebo garib halaat in logon ne paida kar diyen hain, pata nahin kya ho gya hai? Inki buddhi maari gaye hai (They have created a strange situation. What has happened to them? It seems they have lost their mind)," he said.