The former UP DGP said he had no reason to doubt the police's version that Dubey tried to flee with an inspector's pistol after the car carrying him overturned. 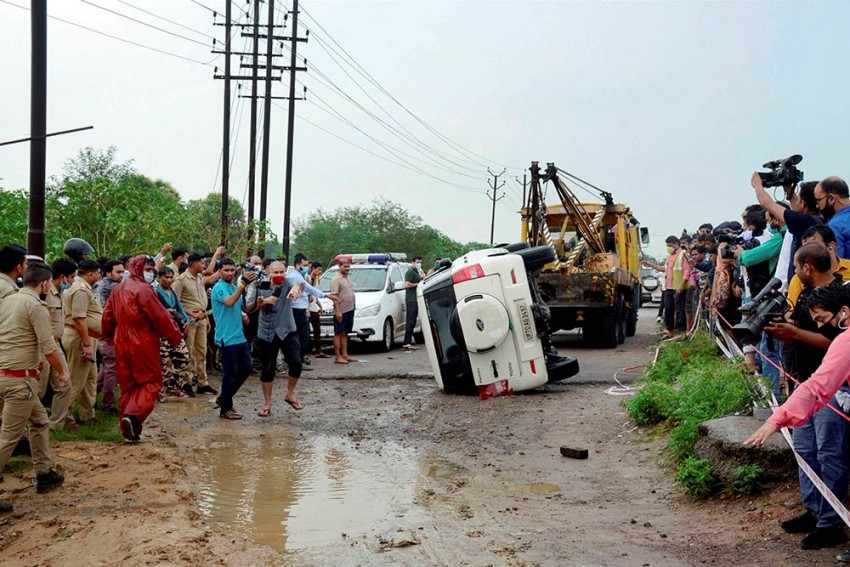 Police and media at the encounter site where gangster Vikas Dubey was killed when he allegedly tried to escape from the spot following an accident, near Kanpur.
PTI Photo
Bhavna Vij-Aurora 2020-07-10T17:42:56+05:30 'Vikas Dubey Encounter Genuine; The Accident Was His Last Lifeline': Ex-UP DGP Vikram Singh 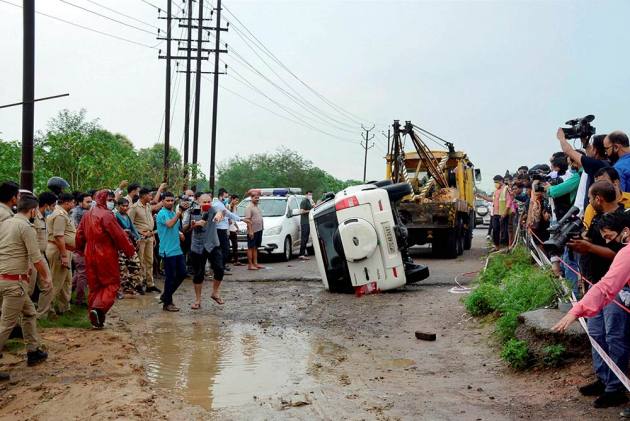 The controversial encounter of gangster Vikas Dubey, which has raised questions over the Uttar Pradesh police's actions, was "genuine" and he was desperate to escape, according to former state DGP Dr Vikram Singh.

The police claimed that Dubey, who was arrested for the killing of eight cops in an earlier ambush, tried to flee with an inspector's pistol after the car carrying him from Ujjain overturned on the outskirts of Kanpur city, leading to his encounter on Friday morning.

Reacting to the killing of Dubey, the former UP DGP said he had no reason to doubt the version of the police.

“In my view, it is a genuine encounter. Dubey was a desperado. He and his aides had already killed eight policemen. A few more wouldn’t have made any difference to him. He was desperate to get away and the accident was his last lifeline,” Singh told Outlook.

According to Singh, encounters take place within the ambit of law, vide the provisions of Sections 96 to 106 of the Indian Penal Code (IPC), in the right to self-defence, as also Sections 41 and 60 of the Criminal Procedure Code (CrPC).

Moreover, he explained, the circumstances of the encounter would be subjected to close scrutiny. In addition to being probed by the top officials of the police department, there would be an open enquiry by a magistrate. This  would probably be followed by a more intensive judicial enquiry, in which all persons connected with the encounter, including independent witnesses, would give their version.

“There are adverse consequences for police officers involved in fake encounters. They can even be charged for murder for which they can be suspended, sent to jail, lose their jobs and forfeit all awards they may have earned earlier. A fake encounter could be a heavy price to pay,” Singh added.

Regarding the circumstances of the encounter, such as the media vehicles being stopped at the toll post before Kanpur, the former DGP said it could be a precautionary move on part of the police. “Dubey has a lot of supporters in Kanpur. The police can’t be too careful. Anyone could try a rescue act in the melee,” he said.

Singh also said that Dubey had it coming. “I have been saying this for some days now that he had signed his own death warrant.”

Dubey was arrested outside the Mahakal temple in Ujjain Thursday morning. He was handed over to an Uttar Pradesh police late in the evening.

Has Delhi Started To Flatten Covid Curve Or Is It A ‘Data Gimmick’?