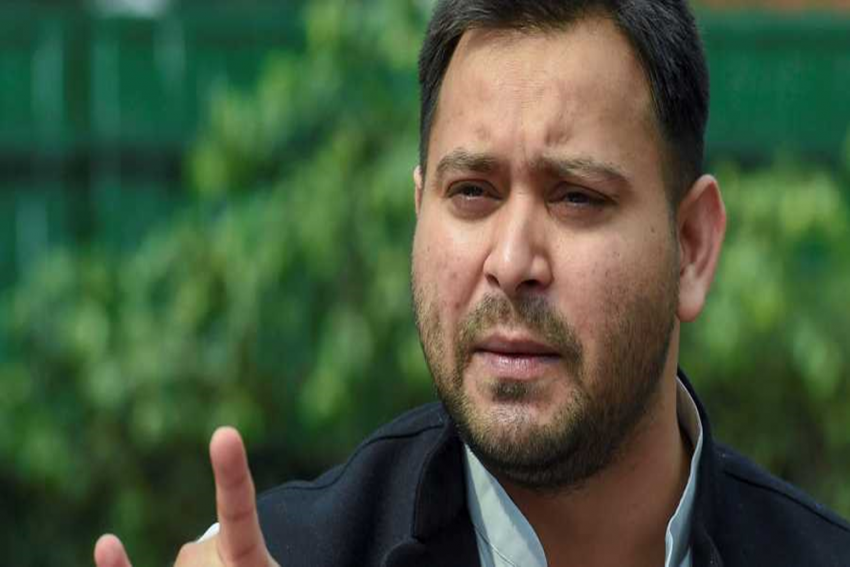 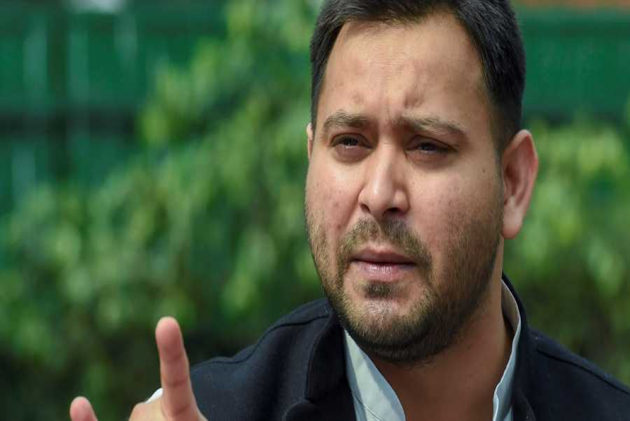 RJD leader Tejashwi Yadav on Wednesday demanded a High Court-monitored probe into the Munger incident in which one person was killed and over two dozen others, including security personnel, were injured in firing and stone-pelting during goddess Durga idol immersion.

Accompanied by Congress general secretary Randeep Surjewala and other leaders of the Grand Alliance, Yadav made a scathing attack on Chief Minister Nitish Kumar and his deputy Sushil Kumar Modi, asking who gave permission to the Munger police to act like "General Dyer".

General Reginald Dyer is known for ordering troops of the British Indian Army to fire their rifles into a crowd of unarmed civilians in Jallianwala Bagh, Amritsar, Punjab, killing at least 379 people on April 13, 1919.

While people alleged the young man, who was in his early 20s, died in police firing, the administration said he was hit by a bullet fired by somebody from among the crowd.

The opposition attack on the ruling party is apparently based on the fact that Munger Superintendent of Police Lipi Singh is the daughter of RCP Singh, the JD(U) leader in the Rajya Sabha.

With the incident coming at a time when Bihar is voting on 71 constituencies in the first phase Wednesday, opposition parties are making every efforts to corner the ruling NDA.

Taking a swipe at the chief minister, Tejashwi Yadav asked Kumar,who also holds the home portfolio, what did he do to prevent the incident.

"Apart from issuing a few tweets what did deputy chief minister Sushil Modi do to prevent the ugly incident," he told reporters training guns on his rivals.

"The video of the incident is heart-rending as youths have been mercilessly beaten up by the police who rained lathis on them. Why did police open fire?" he asked.

Hitting out at the BJP, he asked the saffron party who he said never misses a chance to flay law and order during the RJD rule and trumpeting about "double engine" government (BJP led coalition in power at the centre as well as in Bihar) as "why are they silent now...On whose order the incident happened?"

"This is not an ordinary incident. There should be a High Court-monitered probe into the incident and the district magistrate and the superintedent of police shall be immediately removed," the opposition chief ministerial candidate demanded.

"Instruction must have been issued from somewhere to the Bihar police to act like General Dyer," he added.

Congress national spokesman Randeep Surjewala alleged that "under influence of the BJP the devotees of lord Durga are being targetted by the police in the state."

"This is the sanskaar-sanskriti (tradition and culture) of the JD(U)-BJP alliance," he alleged.

He backed Yadav's comparison of Munger police with the tyrant General Dyer.

Surjewala said the people are awaiting a response from Prime Minister Narendra Modi who is on an election tour of the poll-bound state Wednesday into the Munger incident.

LJP president Chirag Paswan has also launched an attack on Kumar over the Munger incident.

Witnesses have said that the trouble started after a makeshift bamboo carrier broke down while carrying a Durga idol Monday night and it was taking time to repair it.

They said as the carrier was being repaired other idol processions got held up, leading to a pile-up.

The witnesses said the administration wanted the procession to clear up quickly as the security personnel had to be deployed on election duty Wednesday.