Fifty-year-old retired Indian Navy officer Jadhav was sentenced to death by a Pakistani military court on charges of espionage and terrorism in April 2017. 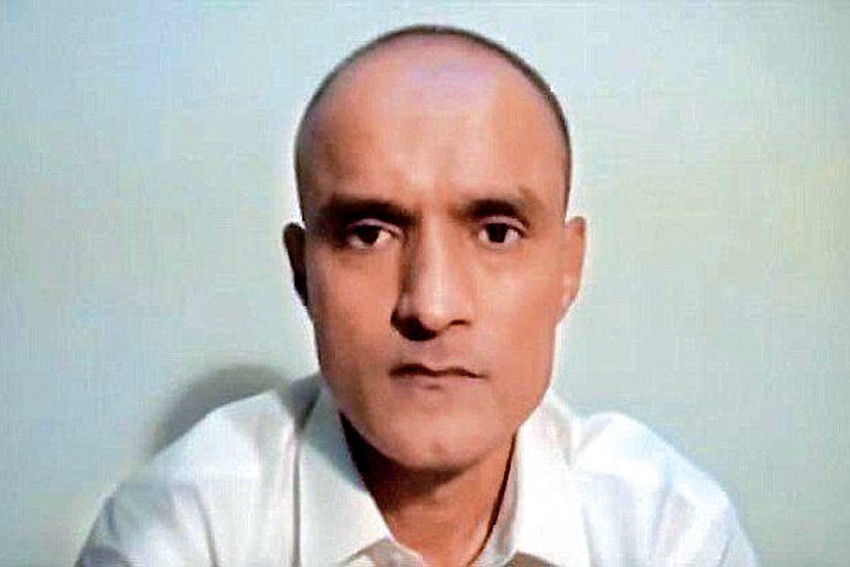 A Pakistani parliamentary panel has approved a government bill that seeks a review of the conviction of death-row prisoner Kulbhushan Jadhav, complying with the directives of the International Court of Justice, according to a media report on Thursday.

The draft bill titled “the International Court of Justice (Review and Reconsideration) Ordinance” was discussed and approved by the National Assembly's Standing Committee on Law and Justice on Wednesday despite stiff resistance from the Opposition.

Taking part in the debate, Federal Minister for Law and Justice Farogh Naseem said the bill has been introduced in compliance with directives of the International Court of Justice (ICJ).

He warned that in case the bill was not adopted by Parliament, Pakistan could face sanctions for not complying with the ICJ's verdict.

Fifty-year-old retired Indian Navy officer Jadhav was sentenced to death by a Pakistani military court on charges of espionage and terrorism in April 2017.

In 2017, India approached the ICJ against Pakistan for denial of consular access to Jadhav and challenging the death sentence handed to him by a military court.

However, Fatyana, who belongs to the ruling Pakistan Tehreek-i-Insaf (PTI), decided to settle the matter through voting. He also tried to stop two PTI members from leaving the hall before voting.

Eight members voted in favour of the bill, while five opposed it, the report said.

The Opposition members termed the bill as NRO for Jadhav.

The NRO is the National Reconciliation Ordinance which former president and military dictator Gen (retd) Pervez Musharraf offered to the-then exiled political leadership and under which several corruption cases against different politicians were dropped.

Aliya Kamran of the JUI-F accused the government of misleading the country's establishment, saying that they were not here to legislate for Jadhav and the bill should be presented before the public and bar associations for a public debate.

“The legislation is unnecessary since the judgement of former chief justice of Pakistan Nasirul Mulk has already said the constitutional courts can review the judgements of the military courts,” Kamran said.

Syed Naveed Qamar of the PPP said that through the legislation, the government was trying to give Jadhav relief of appeal against the sentence of a military court which is not even available to a Pakistani citizen.

This is tantamount to giving an NRO to Jadhav and "we oppose this bill,” he said.

The law minister said his ministry had sought to pre-empt a possible Indian move of filing a contempt petition against Pakistan in the ICJ by promulgating the said ordinance.

In such a scenario, the country could face sanctions if the matter was referred to the United Nations Security Council (UNSC), he said.

The minister pointed out that neither India nor Jadhav had filed a petition before the Islamabad High Court to seek relief permissible under the ICJ verdict.

Subsequently, the law ministry had to file a petition for the appointment of a lawyer for Jadhav which is pending adjudication.

A Pakistani court was informed on October 6 that India failed to appoint a lawyer to represent Jadhav in the case of the review of his death sentence by a military court in this country.

Earlier, Pakistan had again rejected India's demand that an Indian lawyer or a Queen's counsel should be appointed for Jadhav to ensure a free and fair trial in the case.

On October 8, India said that Pakistan has failed to address the core issues in Jadhav's case and pressed for an "unimpeded, unconditional and unhindered" consular access to him as ordered by the ICJ.

"The core issues need to be addressed if we have to have effective review and reconsideration as ordered by the international court of justice. Pakistan must show its intention to deliver on the core issues," External Affairs Ministry Spokesperson Anurag Srivastava had said.