Opinion: Exploration Of Universe Only Way For Humans To Survive. ISRO, NASA Doing Exactly That

Space is dangerous and there will be many failed attempts as we try to use mankind’s ingenuity to take the next evolutionary step. 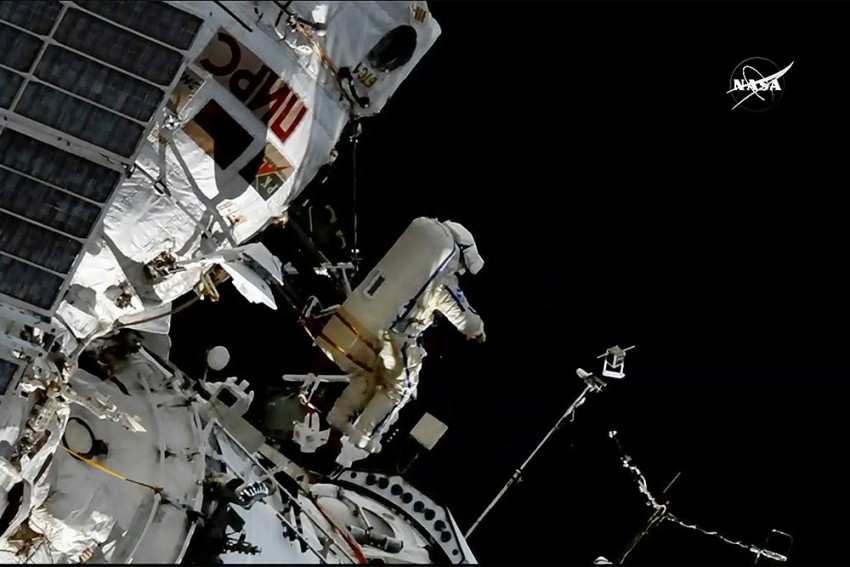 In this image made from video provided by NASA, cosmonaut Sergey Prokopyev flings a Sirius nano-satellite into orbit from the International Space Station.
NASA via AP
Aakar Patel September 08, 2019 00:00 IST Opinion: Exploration Of Universe Only Way For Humans To Survive. ISRO, NASA Doing Exactly That 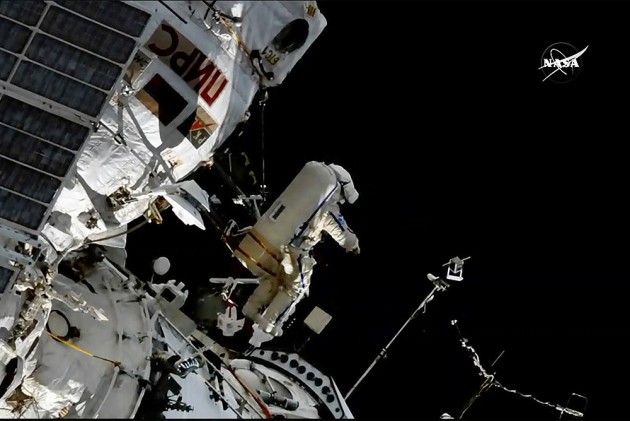 If we view life on the evolutionary scale, what are the important milestones? They would be the first appearance of life, in single cells, over 3.5 billion years ago (meaning 350 crore years). The next step would be multi-cellular life, then the development of mammals and other more complex creatures. Then the movement of life from the oceans to land, and then the development of consciousness. This would bring us to the present time.

What would the next step on such a scale be? It becomes clear that things like art and culture and language are irrelevant when we look at life on our planet through the evolutionary lens. All the wars that mankind has fought and all of our history in the way that it is taught and understood are not significant any more. All the great men and women of history also become irrelevant.

The next step on such a scale would be to make life and consciousness multi-planetary. Meaning to take it beyond earth and develop human civilisation on other planets in our solar system and then the galaxy and then even beyond. When we view history and evolution and ambition in this way, many things will cease to have meaning. Our current problems with one another and our differences over nations and religions seem petty and meaningless.

We should view the failure of Chandrayaan from this angle. It was meant to see how much water in ice form existed on the moon. A base on the moon for humans — which will be the first step for multi-planetary life — will require being able to find and use the moon’s water.
The earth’s gravity well is too strong for us to take everything we will need on long space journeys. Less than 10% of the weight of a rocket can be finally lifted into orbit. The other 90% is expensed as fuel and containers in the first few minutes. This is because going into orbit means achieving a speed of 28,000 km per hour. If an object in space is travelling less than that speed it will be pulled back into earth by gravity.

If we are to make journeys of 4 years or more (the minimum it will take for man to go to Mars and come back) then the food and water and fuel cannot all be taken with us. They will have to be taken or grown or made somewhere else.

Many of us are not fans of government expenditure in poor nations on vanity projects, but there are other things to be considered here.

I have written before about how the exploring of space is also a way for all of us to have more open minds. And thinking about evolution and its scale and how space travel fits into that definitely will change the perspective of many of us on the current issues.

A failed attempt is a failure and a loss only if we learn nothing from it. Space is dangerous and there will be many failed attempts as we try to use mankind’s ingenuity to take the next evolutionary step. The first time ever that such a step will be taken deliberately and not by an accident of nature.

The world’s largest space company SpaceX was the first private entity to put a rocket into orbit a little over 10 years ago. It failed in its first three attempts and only had enough money to make a fourth and final attempt, which succeeded.

Today, only a decade later, the company is on the absolute cutting edge of what is happening in the field and is preparing giant rockets to take a man to Mars.

In the modern world, technologies are improving at an exponential rate because of the power of computers. Great things will be achieved in our lifetimes, and in fact only in a few years, that at this moment we cannot even comprehend or imagine.

Eventually, the earth will not be capable of supporting life and this is a fact. An extinction event, whether an asteroid collision or some other natural disaster will end life on earth. If nothing else, we can be assured that in a few billion years the sun will lose its energy and expand to become a red giant, destroying earth.

The only way for humans and conscious life to survive will be to go out into the universe. We must see the attempts by ISRO and NASA and the Chinese space agency (the world’s most active one in 2019) and SpaceX together jointly as the efforts of mankind.