Speaking at an election rally Barmer, Prime Minister Narendra Modi invoked airstrike by the Indian Air Force in Balakot and said his government crushed the ego of Pakistan 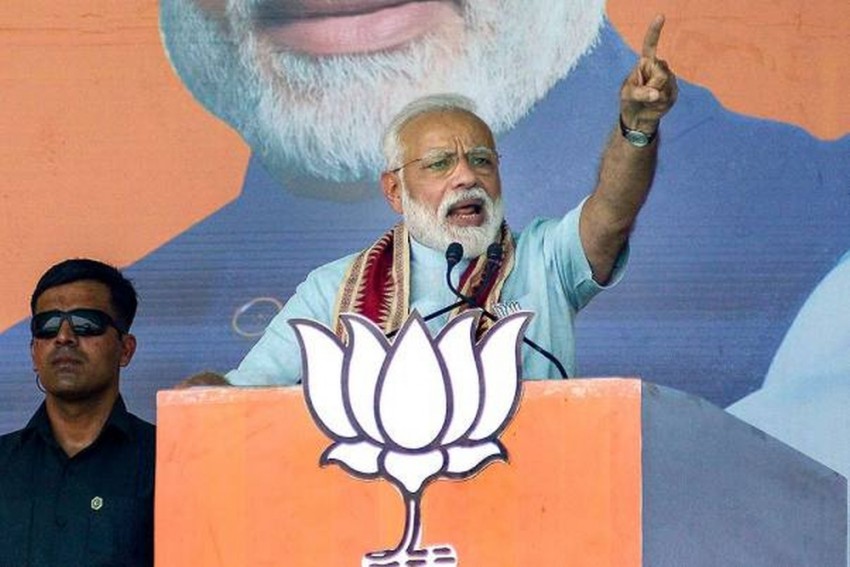 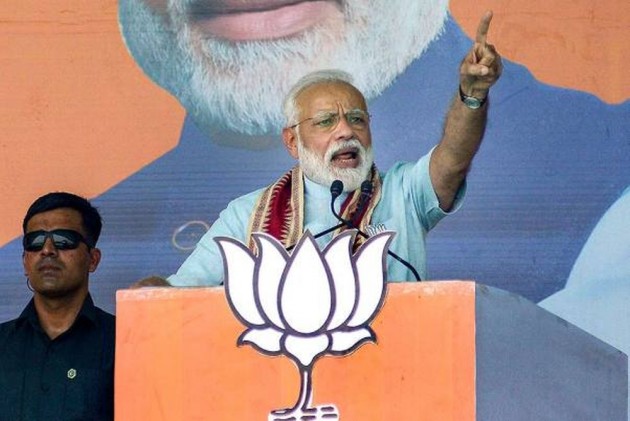 Prime Minister Narendra Modi on Sunday said India missed a "golden opportunity" to resolve Kashmir dispute during 1971 war when "under global pressure" it released hundreds of Pakistani troops who were in the custody of Indian army.

Speaking at an election rally Barmer, Modi said then Congress government signed Shimla agreement (in 1972) "under global pressure" and released over 90,000 prisoners of war (PoW) instead of resolving the Kashmir dispute "in lieu of the PoW."

"Pak troops were in our custody. A big area of Pakistan was also captured by Indian forces during 1971 war but the Congress government lost it on table in Shimla agreement and they were released," he said.

"The government crumbled under global pressure and signed the Shimla agreement and the matter was closed. PoW and the captured land were released. That was a golden opportunity to resolve the Kashmir dispute in lieu of the PoW," he said.

The prime minister said that it was a trump card in the hands of the government but the chance was missed and the entire country is facing its result today.

Modi said it was the reason why Congress leaders do not want nationalism to be an issue.

The statement from Modi came after Rajasthan chief minister Ashok Gehlot in his recent election rallies highlighted that a new nation (Bangladesh) was created by dividing Pakistan by Indian armed forces during the rule of former prime minister Indira Gandhi in 1971.

He said Indian forces killed terrorists across the border without engaging in a war.

"This is called a strong government. We have created fear among terrorist," the PM said.

The Indian Army had conducted a surgical strike across against several terror launch pads across the LoC in Pakistan-occupied-Kashmir in September 2016, ten days after a terror attack at an Army camp in Uri in which 19 soldiers had been killed.

In February this year, the Indian Air Force struck at a terror camp in Balakote after a terrorist attack in Pulwama, which had left 40 CRPF personnel dead.

Modi said his government crushed the ego of Pakistan and "forced the neighbouring country to roam in world with begging bowl."

The prime minister said people were happy and think the Modi government has done good but it is not the case with Congress leaders and its alliance partners.

He said his government fulfilled long pending demands during Congress rule like One Rank, One Pension for the forces and National War Memorial in Delhi.

Targeting the chief minister of Congress-JDS led Karnataka government, Modi said the CM had said that "those who are hungry and do not get two-time meals get into army," which, he said, was the insult of jawans and their family members.

He said that scams in defence sector used to happen during the former Congress governments' rule and the defence forces lacked modern equipments and weapons.

"Therefore they (Congress) do not want to talk about national security,” Modi said.

The PM said there was no progress in Rafale deal during Congress rule, Mig planes kept on crashing but they did nothing to enhance the power of the forces.

Referring to the issue of Pak refugees in India, Modi said that Hindus who are in minority in Pakistan face discrimination there and the government of India made efforts to get citizenship amendment bill passed.

"The Chowkidaar has also made efforts to get citizenship amendment law passed for those having faith in the country (Maa Bharati). The people of this country who chose to live in Pakistan at the time of partition .... started facing atrocities because their faith and the way of revering god was different,” he said.

The PM said that efforts will be made to complete the long-pending work after the government formation on May 23.

Modi said that the upcoming polls are also "very important" for those who are going to vote for the first time.

"I understand your dreams and ready to sacrifice my dreams for you,” he added.

On Election Result Day, SP-BSP-RLD Will Have No Choice But Align With Congress: Salman Khurshid