'COVID-19 Lockdown Is Not Same As Past Shutdowns': Kashmiri Doctors Tell People

Doctors in the Valley have advised the people to unlearn the "learned behaviour" while observing the nationwide lockdown, announced two weeks ago to contain the spread Novel Coronavirus. 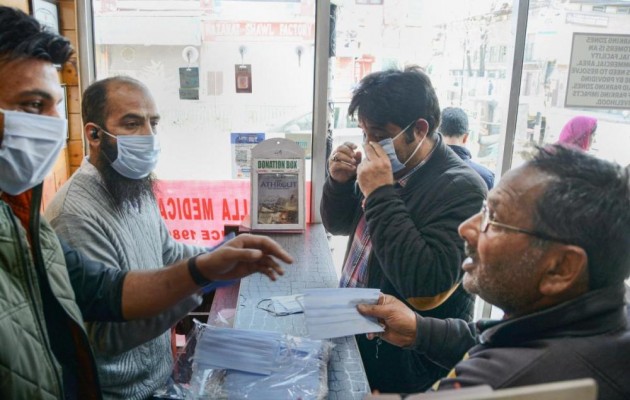 Over the years, people in Jammu and Kashmir have grown accustomed to shutdowns, restrictions and curfew, but this time the situation is different. Doctors in the Valley have advised the people to unlearn the "learned behaviour" while observing the nationwide lockdown, announced two weeks ago to contain the spread Novel Coronavirus. Numerous shutdowns in the past have taught people of the Valley to step out quickly in the evening, fetch daily essentials and interact with each other when the authorities ease restrictions for a limited period.

But doctors say the present lockdown shouldn't be equated to any of the shutdowns announced in the past.

“While I have been a great admirer of our social-bonding and networking if ever there was time to show some restraint from meeting each other in person it is now. Evenings don’t present a good site in most of the locations in Srinagar. I am not aware of other parts of Kashmir,” says Prof Arshad Hussain from Department of Psychiatry, Government Medical College Srinagar. “I see young people hurdling together enjoying each other’s company wearing those black pieces of the mask which offers perhaps a false sense of security, they are the greatest risk to their families in particular and people in general,” he says.

He added the shopfront discussions in the evening have to wait for the greater good of society.

Dr Masood Rashid, a consultant for anaesthesia with the health department, Kashmir, says on the police and paramilitary forces are on alert on main roads, but inside localities, he usually sees people sitting on shopfronts talking to each other. “What is surprising is that even elderlies are part of the discussion. Some people have few homemade masks and they are not covering their noses. I think some people don’t have an idea that enemy is invisible and there is no relaxation in social distancing and the COVID-19 related curfew,” says Dr Rashid.

The police are complaining that people try to mix and socialize in the evening. “You will not find anyone on the main road. But in the interiors, you get surprised to see people socializing in the groups of two and three. They are sacred but are laidback too and therefore think that COVID-19 is only on the main road,” says a police officer laughing.

Senior officials posted in red zone area say socializing in villages and localities have become an issue. “Although the entry into or out of Red Zones is not allowed, except for any emergency like medical emergency and essential supplies, in a rural setting, it is a serious challenge to stop the assembly of people in its strict sense. The habitations are such that two or more families can mingle even when our people from civil and police administration are on the ground. It's not possible to guard each household,” says an official. He says people do socialize in small numbers and they have their anxieties as the agricultural season is about to start. “With time, they will become more anxious with what to do with their agriculture activity? They have concerns of livelihood too,” he adds.

The COVID-19 positive cases are soaring in the Valley with 23 more diagnosed positive on Friday, taking the number to 209 -- 39 cases in Jammu and 168 in the Valley. Four people have died due to the deadly infection in the Valley. Jammu and Kashmir, according to former Finance Minister of J&K, Haseeb Drabu, has the highest number of COVID-19 infected per 1000 of the population in the country. In a tweet, Drabu says while J&K has 1 per cent of India’s population, it has 2.75 per cent of COVID infected in India.