Over the last few days, reports have emerged of people leaving for homes on foot, after the borders were sealed and movement of commercial and private vehicles was banned. 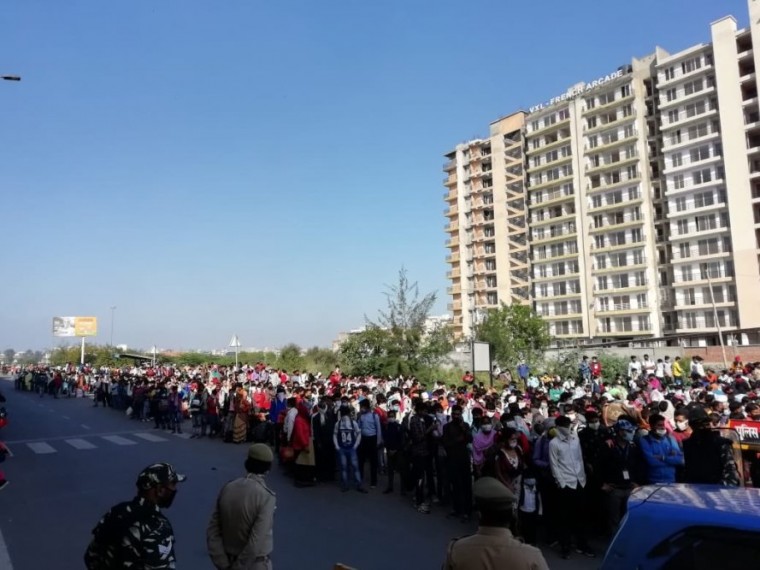 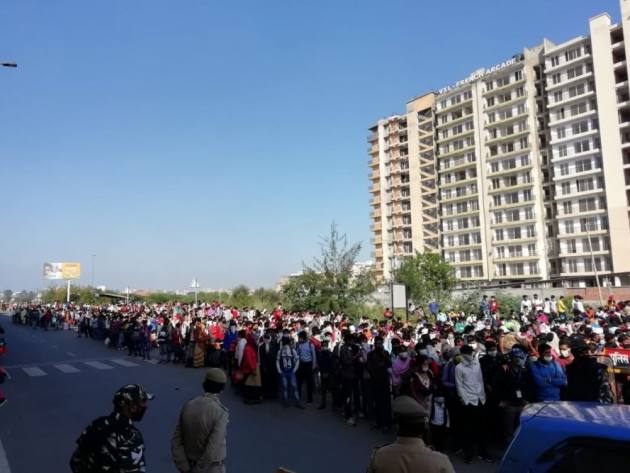 The three-week nationwide lockdown, announced by Prime Minister Narendra Modi earlier this week, has triggered an unparalleled mass migration of daily wage labourers and construction workers, who are forced to walk back to their villages from cities across the country.

Over the last few days, reports have emerged of people leaving for homes on foot, after the borders were sealed and movement of commercial and private vehicles was banned.

On Saturday, Congress leaders Rahul Gandhi, too, tweeted two photographs showing a large number of people on the road waiting for authorties to let them pass.

In a tweet written in Hindi, Rahul held the government responsibel for the "dreadful situation."

"To subject citizens to this, is a crime," he said, "In this hour of crisis, our brother and sisters deserve respect and support at the very least."

The government should take concrete steps to avoid turning this into a tragedy, he said.

In another tweet, two hours earlier, the former Congress President said: "Today, hundreds of our brothers and sisters, along with their hungry and thirsty families have to move towards their villages. On this difficult path of theirs, those of you who are capable enough, provide them with food, shelter and water.

"The appeal to help the needy is particularly from Congress workers and leaders," he said.

Rahul Gandhi's brother-in-law and businessman Robert Vadra wrote on Facebook: "I feel terrible for the poor people, who have no food or place to stay and with the sudden coronavirus lockdown had no healthy shelter and forced to travel back to their villages."

The post further read, "There are elderly, women, and little children who are walking back for kilometres, as there are no vehicles to transport them, and pay their savings to put the elderly in rickshaws or in this unsafe concoction of a vehicle called a 'Jugaad', and travel for days."

"I request the central government, and state governments to help these people, and I am finding ways as well if authorities can help these people at adjoining borders assist them to get home, in the safest and healthiest ways," Vadra wrote.

The Centre has imposed a nationwide shutdown for 21 days in the wake of the highly contagious coronavirus outbreak that has already infected more than 800 in India. Government has urged people to stay indoors and aggressively practice social distancing.